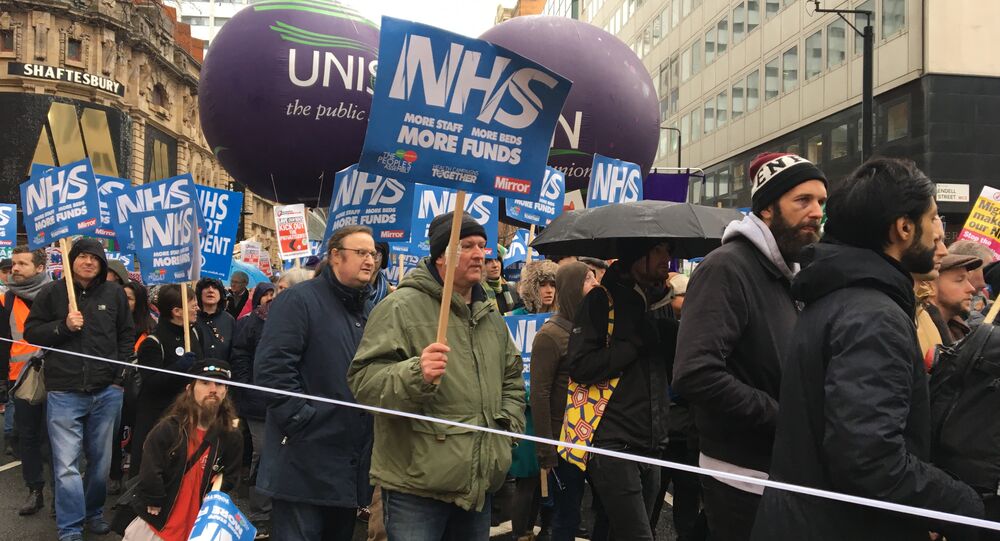 'If Elections Were Only Ever About the NHS, the Labour Always Win' - Journo

UK Labour Party leader Jeremy Corbyn repeatedly stressed during a TV interview on Tuesday there are some leaked documents indicating that Prime Minister Johnson has been in trade talks with the US and the issue of the NHS is part of them.

David Lindsay: Well, I mean, I do believe that part of any trade deal with the United States would have to be a negotiation over that kind of commercial American access to the National Health Service because that is how America negotiates trade deals with everybody. The former attempt at one with the European Union TTIP also had that same problem in it. So yes, the Americans want that. It's not necessarily an active threat because there are already a million people in the United Kingdom employed by American companies, a million people in the United States employed by a British company. So there's no real need of a formal trade agreement. It would flounder on this problem of the NHS but it wouldn't mean that there was no trade between Britain in the United States. The Americans want the British NHS and that does have to be guarded against but it can be guarded against.

SPUTNIK: Do you think the British public trust Boris Johnson and his current a cabinet to these people that guard the NHS against the Americans?

David Lindsay: No whether that will be decisive of a general election is a different question, but if that were the question then no. The British people do not trust. They never quite trust the Conservative Party anyway on this issue and certainly don't trust Boris Johnson with his very close relationship with Donald Trump.

SPUTNIK: Prior to the election really getting into full swing some senior officials from the NHS Trust asked for politicians to not use the NHS as a political tool that's been disregarded by all of the campaigns. Do you think that puts an undue pressure on the NHS and all these promises these parties are making? Do you think there is long-term harm for the NHS?

David Lindsay: No I'm all in favour of as much investment as possible in the NHS and I don't really see how it is possible to depoliticize it I'm not a subscriber to this theory of taking the politics out of politics, the NHS has been a political question since it was set up but it always will be. It's an enormous level of public spending. And there is very properly, highly political debate around it.

SPUTNIK: Obviously Brexit is one of the biggest things that the country is voting on, but the NHS is probably up there as the second most important thing, do you think the public trust more for the future the NHS?