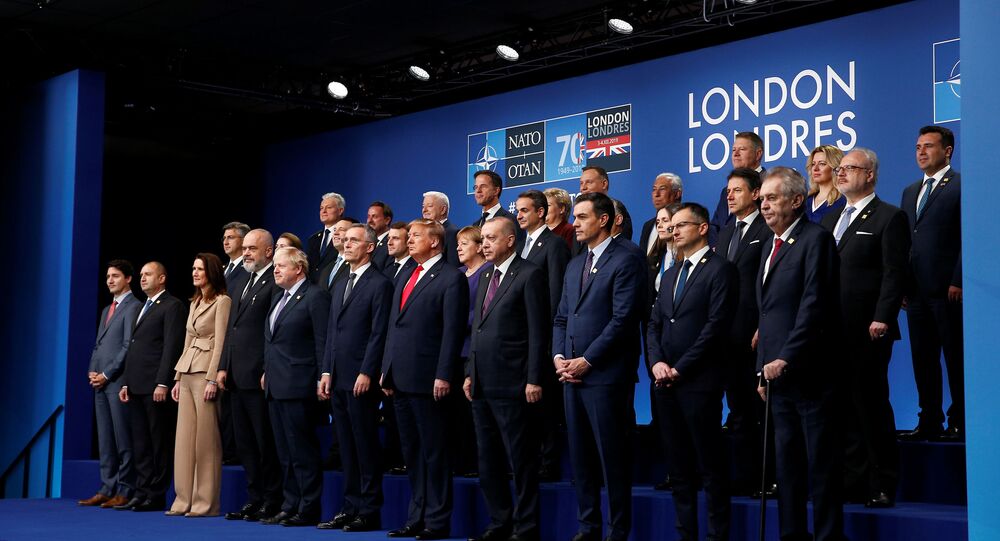 NATO at 70: Bloc Cannot Hide Infighting Which Has Been Ongoing In Recent Years – Commentator

A two-day NATO summit opened in London on Tuesday to mark the 70th anniversary of the alliance and allow its leaders to share their views on the most pressing issues on the international agenda. Nikolai Mirkovic, author and foreign policy commentator reflects on the role of NATO and the future of the alliance.

Sputnik: So this year’s NATO summit is kicking off in the UK in the middle of an election and a time where the alliance between nations is incredibly fragile. Do you think this will be a significant summit and what issues can we expect to hear debated?

Nikolai Mirkovic: Well, I do think it will be significant because we will be seeing a lot of the infighting going on this past month come to the surface and it is going to be extremely interesting to see at the end of the summit what decisions have been taken by NATO. The NATO institution is riddled with distress, with antagonistic views and coming to the summit are countries like France and the US who have been having strong words against each other in these past days. Turkey which has also been threatened by France - this is something which is quite interesting. It's going to be extremely interesting to see what comes out of this but definitely I don't think it's going to be anything positive for NATO which cannot hide all the infighting which is going on within the institution for the past years.

Sputnik: On Tuesday, Boris Johnson will address NATO members, in a unity speech, on the 70th anniversary of the group’s creation. Today’s anniversary comes at an interesting time with NATO defence spending cut by £55.7 billion since 2012 and divisions between members states… Is NATO becoming increasingly irrelevant?

Nikolai Mirkovic: I think that the French President Emmanuel Macron expressed it extremely well when he said that the alliance is brain dead. What we do know is it is a zombie today, a headless chicken, going around with still quite a big budget with at least some of the biggest military spenders on earth and there is no strategy. What is the strategy? That is exactly what President Macron said, what is the strategy like? Who are we fighting against? What are our threats? What is going to be done together? This has to be defined. We don't know exactly which direction they're going in. President Trump said that he wants more budgets and he said what they were looking for was protecting Europe, but protecting Europe against what? I think this is something which is extremely important, President Trump would like more money, they would like these NATO countries to spend more money and they would probably be to buy US military, weapons and guns and tanks; but why does Europe need this? It was quite startling to hear the Secretary-General of NATO Jens Stoltenberg say recently that if Poland or the Baltic countries are going to be attacked by Russia, then NATO countries will come together and defend them. What are we talking about? What do we call a very huge military organisation talking about Russia invading Europe? I think this is nonsense. Every geopolitical expert knows that this is impossible and a lot of the people at the head of NATO actually still don't know that the Cold War is over and this is actually quite dangerous. I think this is why there is all this infighting within the organisation and why President Macron is thought of and says it's brain dead. We have reviewed our defence and this is actually something which is quite bad and could be quite dangerous for Europe and I think the country should be speaking about today about budget. The budget is not the issue, the purpose of NATO issue. Should it still exist in the years to come? That is the only real issue that should be addressed by the President's attending this NATO Summit in London.

Sputnik: If we look at the tensions between member states; both Turkey, France and the US are involved in foreign policy and trade wars; will Johnson’s speech do much to fix the divisions between countries? Could we see a further falling out between these countries?

Nikolai Mirkovic: It is going to be extremely difficult if they don't define a common purpose, a common goal, then these divides will get worse every day. We've seen that at the NATO alliance, especially the US, not allowing Turkey to buy Russian S400 missile defence system. Why are they doing this? Shouldn't each country be allowed to be independent? NATO is putting a lot of pressure on Serbia today to enter the Alliance, they've put a lot of pressure on Northern Macedonia, and they put a lot of pressure on Montenegro... So in some way, they're gathering and trying to muster the maximum amount of countries together to go into the alliance with no direction and with countries which sometimes have very strong views which are opposing on different matters. For example, where do we buy our military material? French and US companies actually fight very strongly to send their own military weapons and material within different NATO countries and there's been a very strong view from Paris against Warsaw when Poland decided to abandon buying French-made European made helicopters to instead buy American made helicopters. There's a lot of money within the organisation. There is a lot of interest from the military-industrial complex and the US companies definitely want to more money out of the NATO member countries were as a lot of European countries which do have their own military-industrial complex want to make a lot of that money too. So we see that they will never agree. This is just an economical organisation with infighting, which is political infighting and also economical infighting which we can see that the organisation doesn't have a common view. It's not organised and I think we're actually talking about the end of NATO. This could be the end of NATO if it continues in this direction.