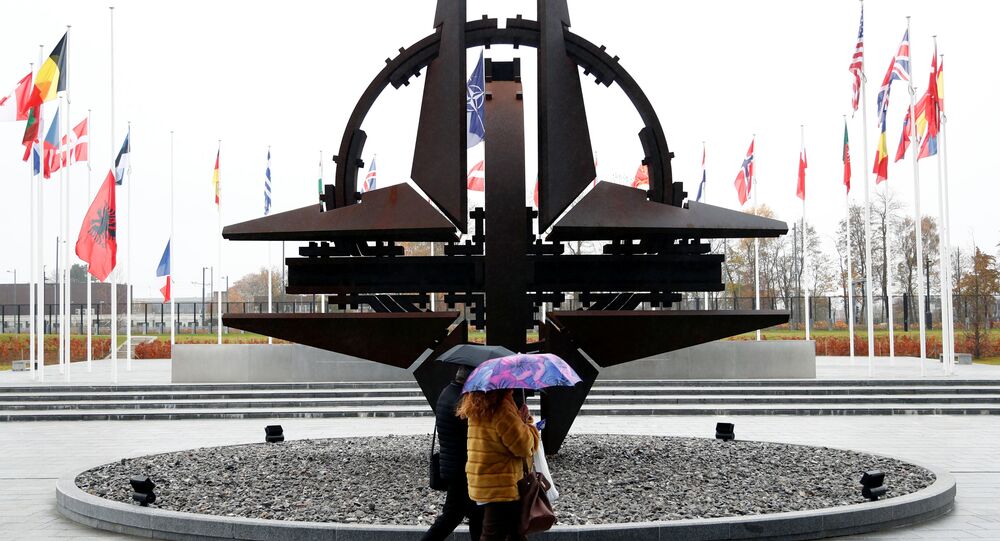 'A Carrot for Trump': Political Analyst Explains Why Germany Agreed to Boost Its NATO Spending

The US president has persistently demanded that NATO members increase their contributions as part of the alliance, namely by raising defence spending up to the previously negotiated 2% level of each respective country's GDP.

NATO Secretary General Jens Stoltenberg announced on 28 November that a new scheme for contributions to the alliance's budget has been negotiated, with the US portion decreasing from 22% to 16% and Germany's rising up to about 15%.

Why would Berlin agree to such a move after opposing Trump's idea of a mandatory raise in defence spending in 2018?

Yannis Koutsomitis, a political and economic analyst from Belgium, believes that Germany had a motive for such a move, namely to buy itself a chance to avoid the raise it so reluctantly agreed to in 2018.

In his opinion, Berlin's readiness to pay more in a relatively modest NATO budget is cheaper for the country than boosting defence spending from its current 1.4% level to 2% of GDP, while Trump can also profit from Germany's move.

"It's an easy way out for Germany to bypass the much larger burden of raising its defence budget to 2% of GDP. NATO's budget is a mere 2 billion euros and Germany's share represents roughly 300 million euros per year. But it can also be seen as a carrot to US President Trump that can be used for the US domestic audience", Koutsomitis said.

Still, the analyst believes that eventually Berlin will raise its defence expenditures because it realises that at current levels German forces are of little help to the alliance, citing "real funding gaps" with its air and ground forces.

But, according to Koutsomitis, that's not the only reason – Germany has also realised that it needs to become less reliant on US defence support in the light of Washington's new tendency of becoming more "inward-looking and much less keen to defend Europe from potential threats".

The change in military funding, however, is unlikely to pass unnoticed by German taxpayers, the analyst opined. He noted that unless Berlin ditches its zero-deficit fiscal policy, tax increases "cannot be excluded" to pay for increased military spending.