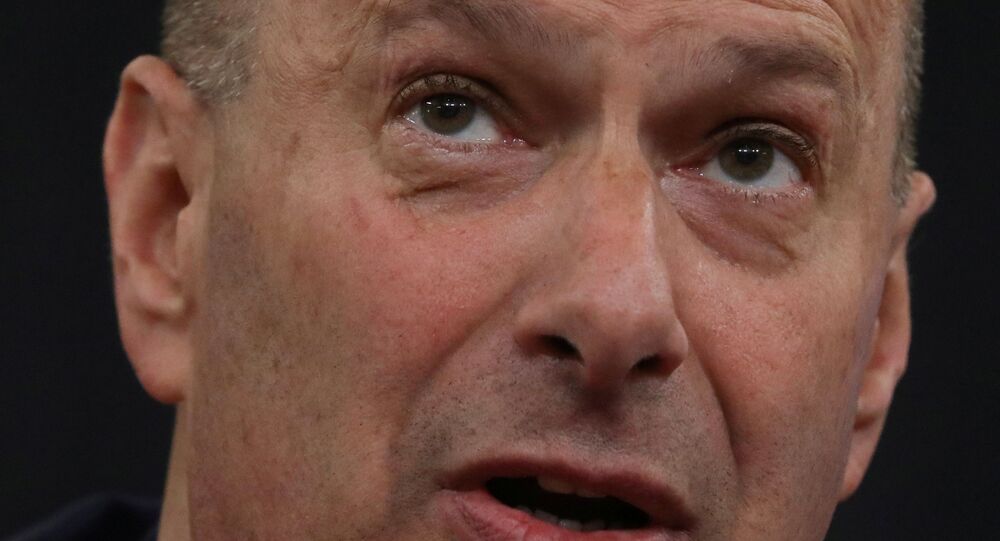 While US Ambassador to the EU Gordon Sondland’s testimony is being heralded as the so-called smoking gun for the impeachment hearings into US President Donald Trump’s alleged political misdeeds, the actual context of the details highlighted by the press may not be as damning as perceived.

"Mr Giuliani’s requests were a quid pro quo for arranging a White House visit for President Zelensky,” Sondland told the US House of Representatives Intelligence Committee on Wednesday. “Mr Giuliani demanded that Ukraine make a public statement announcing investigations of the 2016 election/DNC server and Burisma.”

Amb. Sondland on quid pro quo: "Mr. Giuliani demanded that Ukraine make a public statement announcing the investigations of the 2016 election, DNC server and Burisma. Mr. Giuliani was expressing the desires of the President of the United States." #ImpeachmentHearings pic.twitter.com/hxeiaKba9B

While the popularized phrase “quid pro quo” was repeated by the ambassador, one expert argued that Sondland’s explanation of events was cherry-picked.

Daniel Lazare, a journalist and author of three books -“The Frozen Republic,” “The Velvet Coup” and “America's Undeclared War” - joined Radio Sputnik’s Loud and Clear on Wednesday to explain why he does not believe Sondland’s testimony actually fits the narrative adopted by the corporate media.

“I think this whole investigation is getting so murky and so confused that 99% of the public is scratching its head, wondering what’s going on,” he told hosts Brian Becker and John Kiriakou.

Lazare explained that while there are three different investigations that Trump lawyer Rudy Giuliani allegedly requested of the Ukrainian government, two of them - pertaining to Burisma and the 2016 presidential election - are actually legitimate.

“The only one that’s at all questionable” is the investigation into former US Vice President Joe Biden and his son, because “that involves a political opponent who he [Trump] may well be facing in” the 2020 presidential election, Lazare pointed out. However, the messaging of which investigation is the focal point and explanations of which details pertain to Trump’s actual impeachment are not being made clear during the hearings.

While some may argue that Trump was thrown under the bus by Sondland as it pertains to Ukraine being asked to work with Giuliani, Lazare considers that a “very minor infraction” in the case against the US president, because it “makes perfect sense” that a foreign government would be uneased by “a strange, oddball investigation by a private player.”

Lazare also critiqued the New York Times’ coverage of the hearing, which alleged that the “revelations” in Sondland’s testimony implicated senior officials, including US Secretary of State Mike Pompeo and Vice President Mike Pence, in “the matter.”

SONDLAND: "Everyone was in the loop. It was no secret."#SondlandTestimony pic.twitter.com/FICAjNGT3N

The “matter” Sondland was talking about, according to Lazare, was in reference to the “entirely legitimate” 2016 election and Burisma investigations - not the investigation into the Bidens.

“It was two perfectly legitimate avenues of inquiry that Trump was pushing [Ukraine] to look into,” he contended.