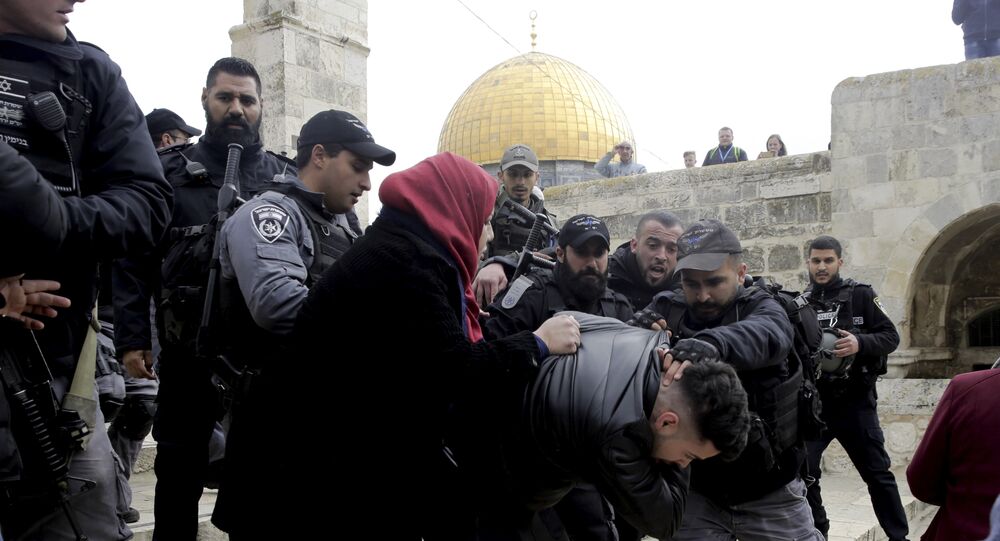 Israel's minister of public security Gilad Erdan introduced an initiative urging those holding illegal weapons to hand over their arms, without fearing persecution.

The move comes in a bid to curb the spread of raging crime and violence that has engulfed Israel's Arab community in the past year. But Yousef Jabareen, an Israeli parliament member, says it is not enough, demanding the government invest more money in education.

It has been a year since Watfa Jabali, a shop owner from Taybe in central Israel, lost her 26 year-old son Saad after two men entered the family's shop and opened fire.

"It took them 30 seconds to murder my child. It was in front of my husband's eyes who was at the counter at that time but he survived," she recalls.

Although Watfa is heartbroken, she feels that she was still lucky because the murderers of her son were caught and brought to justice. The two, who were arrested four months after the incident,  confessed they "wanted to ruin" Saad's family following a feud that their family had with the Jabalis over a house.

But Watfa believes the police could have prevented that crime. "That family constantly harassed us. At times they hurled stones, at others they burnt tires. They even opened fire twice towards our house. We called the police several times but after detaining those responsible they were quick to let them go," she said over the phone.

The Jabalis haven't been the only family experiencing grief. Since the beginning of 2019 at least 80 Arab Israelis have been murdered as a result of beefs between gangs or family fueds. Many murder cases have not been solved.

Yousef Jabareen, a member of the Israeli parliament from the Joint Arab List and a person who - along with hundreds of activists - staged multiple protests across the country in an attempt to bring attention to the phenomenon, says one of the main problems is Israeli police's inability to handle the flow of illegal weapons.

According to Israeli police, since the beginning of the year, the country's crime prevention agencies have uncovered more than 4,000 illegal weapons, with 90 percent of them found in Arab Israeli towns.

"We cannot collect those weapons and it is not our job. Rather, it is the job of the police that's supposed to enforce the law within the community and protect the population from the activity of gangs and criminal groups," Jabareen stated.

Yesterday, Israel's minister of public security Gilad Erdan introduced an initiative aimed to do exactly that - opening 50 points across the country where people possessing illegal ammunition can hand over their arms without the need to identify themselves and without fearing persecution.

Although Jabareen says there has been an improvement in the way the police is handling the situation, he feels it is not enough.

"Our protests and activity gave immediate results with the minister of public security changing his approach towards the issue but for the situation to be resolved we need funding," he said.

Several month ago, Israel allocated an additional $145,000 to the $13 billion budget of public security, with the ministry establishing more police stations in Arab towns and villages and boosting existing forces.

But Jabareen says the problem has deeper roots. "It is not a matter of whether the government establishes more police stations or not. All we need is a policy and the government intention to change the situation. Yet, we also need the government to invest money into social workers and psychologists who can deal with youth at risk. And we need youth clubs, culture centers, sport institutions and educational centers because this is what determines the level of crime in the end," he stated.

Although Jabareen understands that the lack of government will not make the situation easier, he still believes that much can be done.

"Historically, the Arab population of Israel has been discriminated against. But it has to change. We realize it won't be fast because of the political situation but we are ready to accept a multi-year plan," he said.

But until Israel forms a government, finds the needed funds and adopts a plan that would enable to put an end to the raging crime, Jabareen says they - as the leadership of the Arab community - will continue to tour the country and educate its people, hoping to make a change.