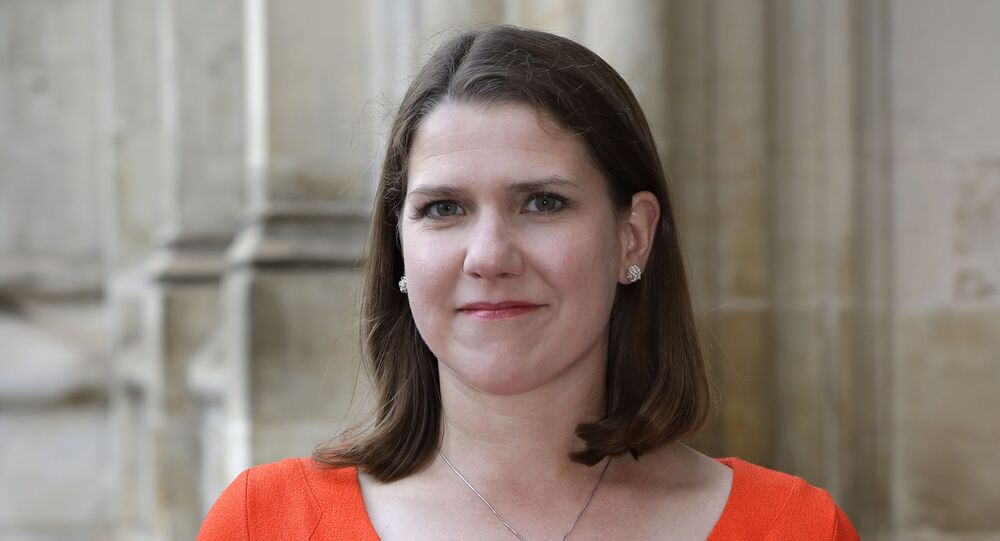 The Liberal Democrats have gone to court against the ITV Broadcasting company over its 'unlawful' decision to leave the party’s leader Jo Swinson out of a face-to-face leaders’ debate between Boris Johnson and Jeremy Corbyn.

SPUTNIK: Do you think the fact the Liberal Democrats have not been invited to this TV debate on ITV is a sign of disrespect to people who voted 'to Remain'?

McKerrell: Well, I think there are two issues there. There's an issue about generally the approach towards Brexit but there's the issue about how these TV debates are established and actually the format of having two leaders, the two candidates for Prime Minister is quite unique. It's never actually happened before in British Broadcasting.

So the broadcast is would say what they're doing is just reflecting the two major parties and the two most lately, candidates to be Prime Minister, it’s not really just a debate on Brexit. To have a debate on what should happen in regards to Brexit would be a different matter. And obviously, at that point, you'd want a balanced panel to fight those sorts of views. But in this very specific context is difficult to combine those two arguments.

SPUTNIK: When these debates were first announced, Jo Swinson tried to claim this was a sexist approach to the debates. Do you think that argument has any merit?

McKerrell: Well, I think in general, the discussion there about representation and politics. The problem is I think that one broadcast, I think Sky, has agreed to have Joe Swinson on. All of the other broadcasters said they're going to have multiple party debates, with six or seven political parties that will have different genders of leaders as well. I think the issue of sexism can be easily proven because the reason for exclusion is what I've just outlined. It's about the two main candidates for Prime Minister. And indeed, you could argue and there's a definite debate that Nicola Sturgeon should get representation as well, which I don't think your senses in favor of and that's another female leader of a political party.

SPUTNIK: As of this moment the Lib Dems have said they're not sure if they're going to pursue legal action against the BBC. Do you think this a case of them trying to get attention in the media by attacking ITV but ignoring the broadcaster that isn't backed for by a taxpayer?

SPUTNIK: How do you think the Liberal Democrats will fare in the upcoming general election?

McKerrell: I think it would be remarkable. It would be one of the biggest political earthquakes ever if a Liberal Democrat became Prime Minister. Because they'd have to win hundreds of seats. I just don't see that being on the agenda from a very low base, one of the lowest bases historically in terms of the number of seats.

So if you look at the arguments that are putting forward in this case, they don't actually mention "I could be Prime Minister", they're focusing on that, as you said earlier, the point of Brexit and 'remain' not being represented in the debate. So that's a far different argument to saying ‘Well, I'm going to be the next Prime Minister’, that is too distant an argument to put so that it's not actually even anywhere near the court action.

SPUTNIK: What do you think about Jo Swinson's chances of getting reelected or potentially losing her seat in the upcoming election?

McKerrell: Yeah, I think there's a fair chance she could lose her seat because the political debate within Scotland in this general election is a little bit different to the rest of the UK and I think the question of independence and the memory of the link with Liberal Democrats and Austerity is maybe still alive and Scotland and that could make it a very difficult battle for here in her own seat.