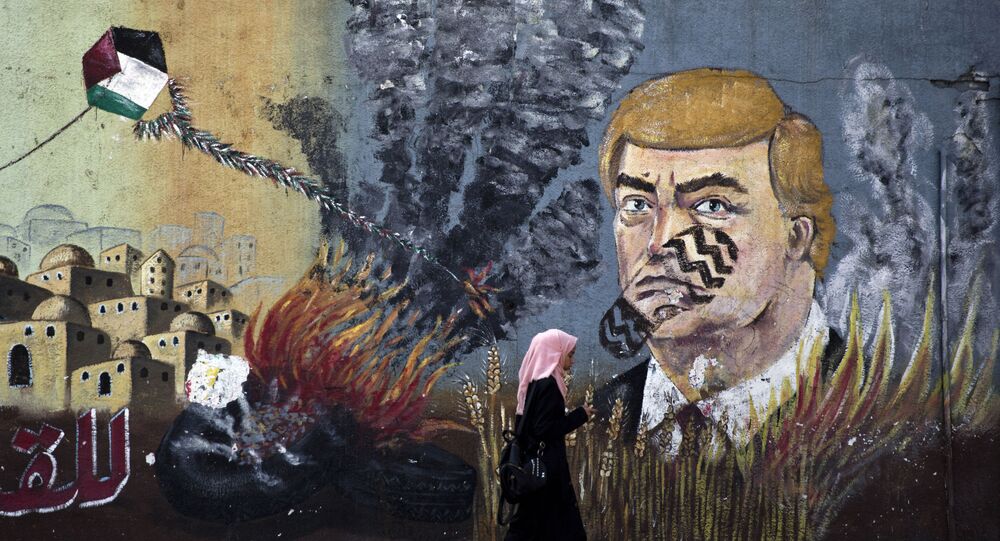 Gaza-Based Activist Promotes Peace With Israel Despite Threats and Persecution

His work has been met with a lot of scrutiny from Hamas, which suspects him of being an Israeli spy. But Rami Aman, a peace activist from Gaza, says his only goal is to promote peace between Israel and the Palestinians. Coming out of a Hamas prison, he now opens up.

After spending 18 days in a Hamas prison, Rami Aman, a peace activist from Gaza who has been accused by the Islamic group of cooperating with Israel, has broken his silence, speaking about his experience and the events that led to his imprisonment.

"In the end of June, they (Hamas - ed.) called me in for interrogations. They tied my hands up to a chair, shaved my hair off and constantly abused me. I shared a cell with criminals and that was scary. They kept asking me questions about my interaction with Israel and wanted to show that I was a collaborator", he said over Skype, stressing that the punishment for such a crime would be the death penalty.

Aman runs a group called the Youth Committee in Gaza. Established in 2010, the group consists of more than 200 people, aged 16 to 40 years old, all of whom reside in the strip and want change.

"The idea behind establishing this group was to raise a generation of leaders and connect like-minded people who want to see Gaza as a better place. Without hatred and prejudice towards Israel", he said.

Since the beginning of the year, the group organised a series of workshops and initiatives aimed at raising awareness, promoting tolerance, pluralism and the idea of bridging the gap between Gazans and Israelis. These included conference calls with Israelis and initiatives such as Cleaning the Hatred, when youths from Gaza and Israel took to the public beaches, cleaning them and talking to passers-by about their ideas.

But the group's activity was not limited to only that. In May, Aman, along with other activists, staged protests on the streets of Gaza, demanding that the Hamas government lower taxes, improve the lives of ordinary Gazans, and reconcile with its political rival Fatah, which was ousted from the strip in 2007 following Hamas' seizure of Gaza's offices and institutions.

"During the protests, Hamas security people arrested me together with another activist, Mohammed Safi. He was beaten up and as a result lost his eyesight", Aman recalled, saying that it took a lot of international pressure to get the two of them released.

But threats didn't stop Aman. Nor did pressure from his own family.

"I have an Algerian passport and my family begged me to leave, fearing I would end up in jail", he said.

They were right. In June, he was arrested again for another peace activity he initiated that brought together people from Gaza and Israel to a Skype conference call. Aman has never denied having relations with Israelis but stressed that he has never been a collaborator. Eventually, he was released, with Hamas unable to prove his guilt and find any evidence of him spying for Israel.

Despite his hardships, Aman says he is not afraid.

"Had they arrested me in 2010, I would have been scared, as back then I literally had nobody to support me. People didn't know who I was or what I stand for. It is different now and I think it is Hamas that is afraid", he said, referring to the ties he has with various international NGOs and governmental bodies that Aman believes would interfere if Hamas decides to harm him.

"People are pushed to extremism because of poverty they see around them and because of media that blows the Israeli-Palestinian conflict out of proportion. But I have a faith that it will change. Current leaders on both sides - in Gaza and in Israel - will leave one day and new leaders will take their place. And that's what we do here: we raise future leaders", he concluded.

Despite requests, Hamas has refused to comment on this report.