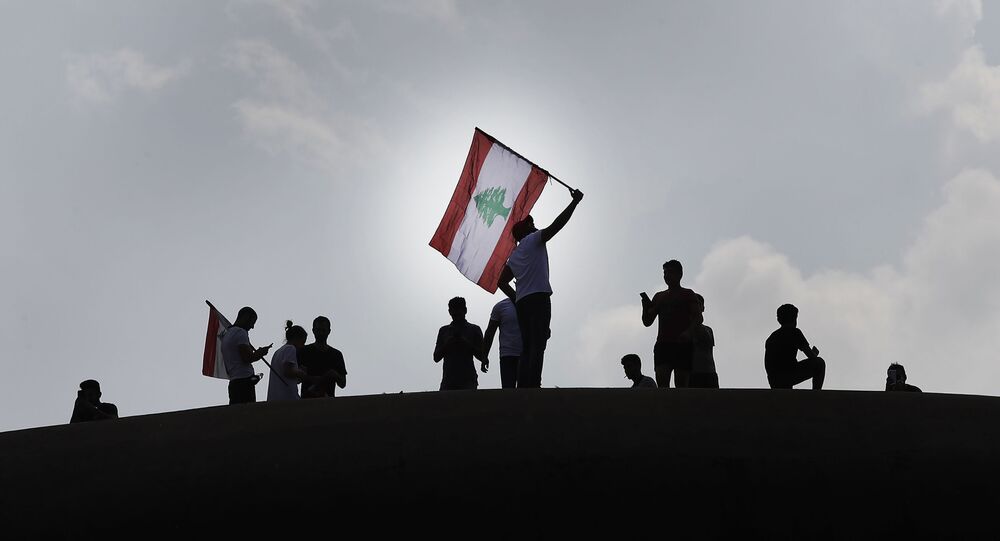 MOSCOW (Sputnik) - Lebanon may face a government crisis amid a wave of large-scale protests, and the events unfolding in the country may largely depend on the main players in the Middle East, which would prefer the status quo to avoid insecurity in the region, experts said on Thursday.

The rallies in Lebanon have been underway for nearly two weeks. They were sparked by the authorities' plan to introduce a tax on online calls made via WhatsApp messenger. The measure was subsequently scrapped. Still, the protests continued amid an acute economic crisis and low living standards, which President Michel Aoun said were a result of an economic blockade against Lebanon.

Prime Minister Saad Hariri announced his resignation late on Tuesday, which prompted a stop in the mass protests that rocked Lebanon. The demonstrators unblocked roads and cleared off barricades in Beirut. The majority of schools announced the resumption of classes beginning on Thursday. Banks, in their turn, are ready to resume operations on Friday.

On Wednesday, Aoun asked Hariri to stay on as interim prime minister to allow a new government to form after his cabinet stepped down. Later on Wednesday, the protesters reportedly returned to the streets, calling on the authorities to meet all their demands. The government tightened security measures in the areas where the protesters were gathering.

"The population of the country has reached a degree of discontent with which they can't see worse than what they have been going through", Gilbert Achcar, a professor at SOAS University of London, said.

The Lebanese economy had begun to shrink long before the protests started, and the people have been seeing the whole situation deteriorating further and further, with rumors about the possible collapse of the economy and of the Lebanese currency emerging, he said.

"[The Lebanese economy] has been deteriorating, and I cannot see it reverted now, unless you have a foreign financial intervention. But there have been so many millions of dollars injected in the economy, and actually with the corruption a lot of this money goes into pockets of a few instead of really benefiting the country," Achcar added.

The overall situation is pretty bad in Lebanon economically and politically, which is a problem for both the country's leadership and the people, Daniel Meier, associate researcher at University Grenoble Alpes, said.

"There are not so many options on the table now", he said.

Most of the time what is happening in Lebanon's politics is linked to the geopolitical environment and the games of the various players in the region, and this is a real problem, Meier explained.

The instability that is going to happen in Lebanon might spread elsewhere in the region, as well as between the regional players, with more insecurity, less economic resources, and less investments, Meier noted, assuming that most actors would prefer the return of status quo.

"And as we've seen, on the global scene players like France ask for a quick formation of government so they are expecting the same type of equilibrium as before, and everybody knows why. Otherwise, there is going to be insecurity. So it is depending more on the major players in the region," he said.

There is a risk of protracted governmental crisis if no government can be formed in the near future, Achcar said.

"The agreement on the composition of the government is always a big deal in Lebanon because there are so many people involved. It is not like you have a majority government as in many countries. In Lebanon, it takes a whole composition which takes into account the variety of forces and sects, so it is quite complicated", he explained, adding that he does not see any scenario involving a civil war.

Meier believes there are not so many options on the table right now.

"One of the possible scenarios is back to square one with the same type of leaders as before, the social uprising in Lebanon, with the new deal that is going to anger the population but which is going to secure the entire region", the expert said.

Another scenario is the formation of a more technical government, but still linked to the most prominent political parties in Lebanon, he added.

However, the main risk of instability in Lebanon is the effect on local security, which may see the return of car bombings and other attacks, Meier concluded.