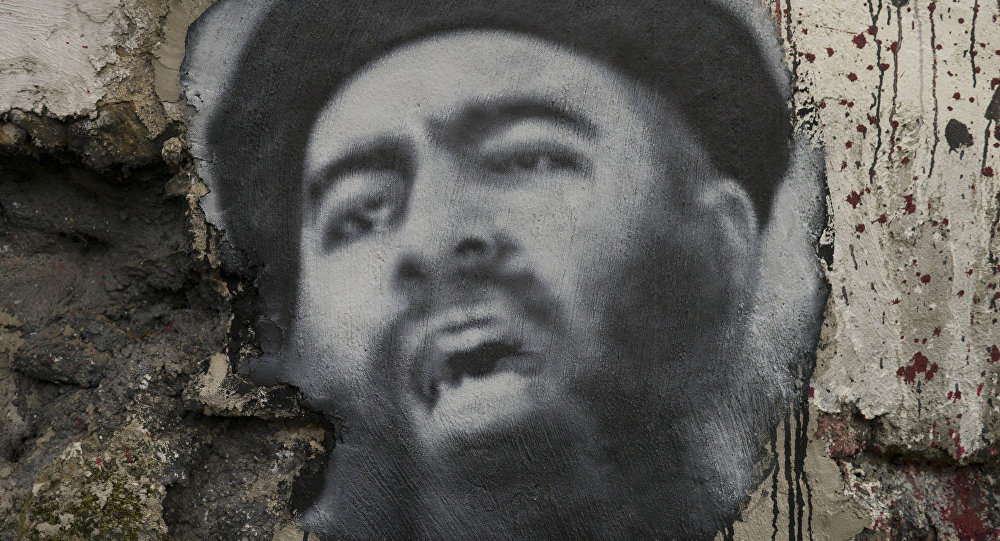 On 27 October, Trump announced that the US had hunted down al-Baghdadi in Syria's Idlib province and thanked Russia, Iraq, Syria and Turkey for their assistance during the operation. According to the president, the US forces killed and captured many terrorists but lost no soldiers in the operation. Only one dog sustained injuries, Trump added.

Dr Qanta A. Ahmed, Member of the Council of Foreign Relations, non-fiction author, and broadcast media commentator has commented on the recent report about the Daesh leader's death.

Sputnik: How much damage has the death of the Daesh leader caused to the terrorist group’s actions on the ground? How dangerous might al-Baghdadi’s successor be?

Dr Qanta A. Ahmed: I travel frequently to northern Iraq, and I know that remnants of ISIS* do operate there. They operate like bandits and organised criminals. And they still are kidnapping individuals. They're still holding hostage Yazidi women and girls in enslavement. So they are active. But I think this kind of humiliating elimination of someone that they saw as a divinely sanctioned leader and we saw, believing Muslims who are pluralist and peaceful Muslims, saw as an utter monster. And Americans see him as a monster.

I think it's a huge victory. And I think the president referred to it and it will have a huge impact. President referred to the propaganda value of this kind of elimination of someone who thought that he was going to be the next ruler of a caliphate. And there's no escaping. ISIS operates very much on images and aspirations for a fictional future. This is a huge blow to them and it will have a major psychological impact. It also explains that no matter how remote they think they are, they are not going to escape the long-term consequences.

And additionally, I want to say there's been a lot of criticism inside the United States about how the president spoke, describing the operation, describing the final moments of Baghdadi in a way that's astounded me. Liberals have complained that it was not described with dignity. Some completely idiotic commentators have said - it's an offence to describe the death of this person because he was a Muslim.

The Washington Post initially described him as an austere religious scholar. This is so offensive to me - because I have looked in the eyes of the people that have survived enslavement by ISIS, children that are 14 years old, girls that are 17 and were enslaved at 14, mothers who were victimised by ISIS and that there can be no dignity accorded to this monster. I think the president made an extremely powerful and visceral statement.

Even though the United States launched the operation from Erbil, which I think is very significant, despite the terrible betrayal of the Kurds, we still launched the operation from Iraqi Kurdistan. It's not shared information with NATO allies like Turkey which has a peculiar way of behaving like a NATO ally. And we did not share the information with Russia, but we're delighted that Russia was so co-operative in this U.S. operation, because I think Putin understands the impact of trying to eliminate somebody like this.

But it is going to have a big psychological injury to the group. The future leader knows it's going to be increasingly difficult to organise in the way that Baghdadi once did.

Sputnik: Can we see it's somehow the end of ISIS in the region?

Dr Qanta A. Ahmed: I would not say that. I would not say that. I think it's premature. I think it's fair to say it's the end of their territorial caliphate and it's the end of the Baghdadi era. I think that these remnants can still reassemble. And I think that after a while, there may be - and people are concerned about revenge strikes from ISIS cells that may already be moving and have indeed attempted to move in European streams of human migration. So I don't think it's gone and it's something that all nations are going to be very vigilant for.

The disaster, of course, is that the Turks launched a brutal and really appalling offensive upon the Kurdish people in the northeast Syrian region and that destabilised populations of ISIS operatives that were incarcerated. Now remember the Al Hol camp, which contained about 70,000 people, 10,000 ISIS fighters were there. Of those, about 2,000 are international fighters and the rest are either ISIS families or people that might be in the camp coerced into becoming ISIS supporters.

If you're locked in a camp with ISIS and with ISIS families, it may not be safe for you to renounce because they can still brutalise you even in the camps, so those camps now are destabilized because Turkey launched a war on the Syrian Defence Forces and is currently day by day, and your readers should know this, maintaining a genocide on the Kurdish people. Every day I get reports about the deaths of Kurds at the hands of Turkey's drones. There has been no ceasefire. That's what's so outrageous about this. Turkey is still launching drones on civilians.

There's an incredible human being and you should track him down and interview him - David Eubanks, who's the founder of the Free Burmese Army - that goes in and provides medical relief and first response to these people in this conflict zone. And every day he's documenting and sending reports of civilians droned by Turkey left in the street to be eaten alive by dogs, and the world is turning a blind eye. So that is still going on. And that is in the area where the SDF used to be able to hold secure ISIS operatives. So there is going to be a release of these individuals. Many of them have already escaped.

Sputnik: How will the murder of al-Baghdadi influence the US policy towards Syria and the region? Because Donald Trump said he will withdraw troops from the region, and there was an outcry….

Dr Qanta A. Ahmed: So that's a great question. And here's how I would think about it. Many of us, myself included, were mortified when the United States moved 50 American soldiers from that area that were effectively holding back the tide of Turkey's genocidal ambitions. Make no mistake, Turkey has always had genocidal intent towards the Kurdish people, and it got to realise them once these troops were moved, which was horrifying. But I think that this has provided a way to coax him into keeping some US forces there on the pretext of securing oil supplies.

And to be fair to the president - it is true that if that oil in northeast Syria is left insecure, ISIS remnants could corral and control it and create, again, a shell state, a terror shell state based on oil revenue, which they did so successfully in the Iraq-Syria region. So I think eliminating Baghdadi and recognising that there are resources there that are at risk - does give the president license to be able to leave some American forces there and some heavy armaments, which will be an important deterrent to an overambitious rogue NATO ally like Turkey from going further into Syria.

And there's nothing to Turkey's desire for really securing a major corridor between Turkey and Iran. That's what it seeks through that region. So I think that's very good. And also it will to some degree attenuate the appetite for the erasure of the Kurds, which is already happening. More than 300,000 people have been displaced by the actions of Turkey since October 9th, which is appalling, and the erasure and displacement of a population as it is akin to the murder of ethnic groups is genocide. Genocide doesn't have to have a body count.

There's not a certain number of people where, oh well, now it's 100,000, we call it a genocide. It is all the actions and some are actually describing a genocide as it's happening now.