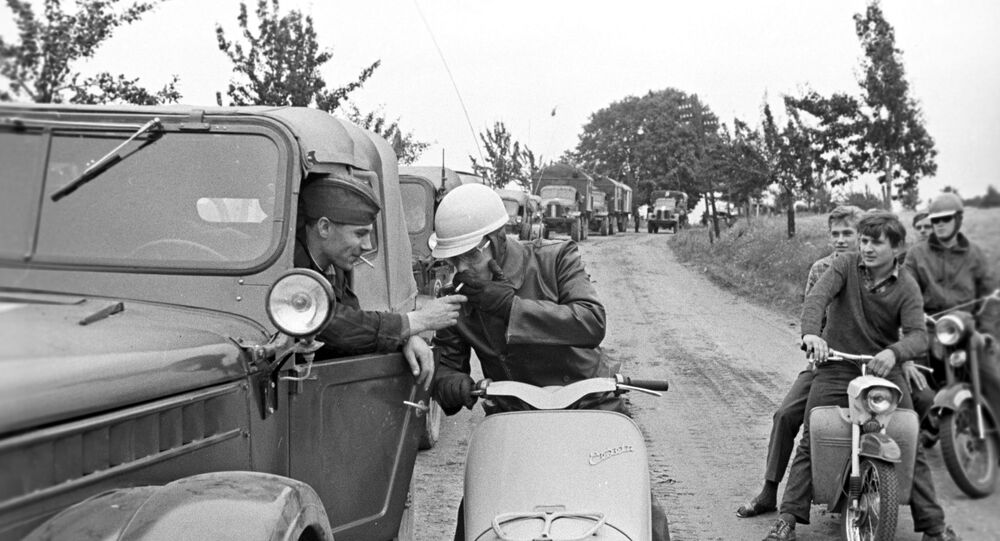 Former Slovak Prime Minister on Velvet Revolution Anniversary: ‘In 1989, This Is Not How We Saw It’

Former Prime Minister of Slovakia Ján Čarnogurský will celebrate the 30th anniversary of the Velvet Revolution as well as 30 years since he was released from prison. The legendary politician shares his memories of 1989 and his opinion on the current state of affairs in the country.

Ján Čarnogurský was born in 1944 in Bratislava. He studied Law at the Charles University in Prague, graduated in 1969. He became famous in the 70s as a lawyer who took up the defence of dissidents and religious activists.

"In 1970, I began to represent [the interests of] people who, for example, were fired from their jobs because they supported Alexander Dubček in 1968. Or teachers who were fired after they were seen visiting the church”, Čarnogurský said.

"Since I defended such people, in 1981 I was expelled from the bar. Then I worked as a driver. Later I was more involved in opposition activity directed against the Communist regime. When the Communist regime fell in 1989, it was in full accordance with my convictions”.

In 1989, shortly before the revolution, the dissident was imprisoned.

“I was not in prison for long. I was there for about three months and two weeks. They put me in jail for publishing the Bratislava Papers samizdat magazine, which was oppositional towards communism. I was listed there as the publisher along with my full name and address. I was also arrested because on 21 August 1989 I urged people to lay flowers at places where in 1968 when the Warsaw Pact troops were brought in, soldiers shot our people. The third point was that in July 1989, at a statue of General Štefaník in one village, I demanded that free elections be held. For this I was arrested and accused of preparing indignation against the socialist regime,” Čarnogurský said.

Thereafter, Čarnogurský held leadership positions for a long time. In the 1990s, he served as prime minister, minister of foreign affairs, and minister of justice.

"I must say that in November 1989 we did not think that money would play a big role in public life. Now the main criterion for the success of a citizen is money. Then everyone, even Václav Havel (Former President of Czechoslovakia – ed. note Sputnik), said that NATO and the Warsaw Pact should be dissolved and European countries should embark on the path of cooperation. But the opposite happened. The Czech Republic and Slovakia were dragged into NATO, then the Slovak soldiers, basically, were forced to go to Iraq. And now the Slovak military is present in Afghanistan and the Baltic states, where they are being drawn into tensions with Russia. This is not how we saw it back then," Čarnogurský explained.

Despite the dissident’s past, Čarnogurský does not link Russia with the USSR and advocates cooperation with the country. In particular, he heads the Friends of Crimea Association and the Slovak-Russian Society.

"Slovakia has viewed Russia with great sympathy for more than 200 years. Therefore, despite the Slovak media now having quite strong anti-Russian propaganda, it has little effect on people. People inherited views from their fathers, from great-grandfathers, etc. Moreover, they see that the Russian Federation is essentially pursuing a good policy. And the fact that, let's say, Crimea is now part of Russia, well, it has been Russian for about 200 years. I always say this: what would people do if Gustáv Husák donated Moravia to Slovakia like Nikita Khrushchev gave Crimea to Ukraine?" the former politician said.

"On the one hand, I inherited a good attitude towards Russia from my parents. Then, while studying, I studied Russian culture, literature and fell in love with it very much. And now I see that it is precisely through its policy that Russia does not allow the United States to dictate its will to the whole world," Čarnogurský concluded.