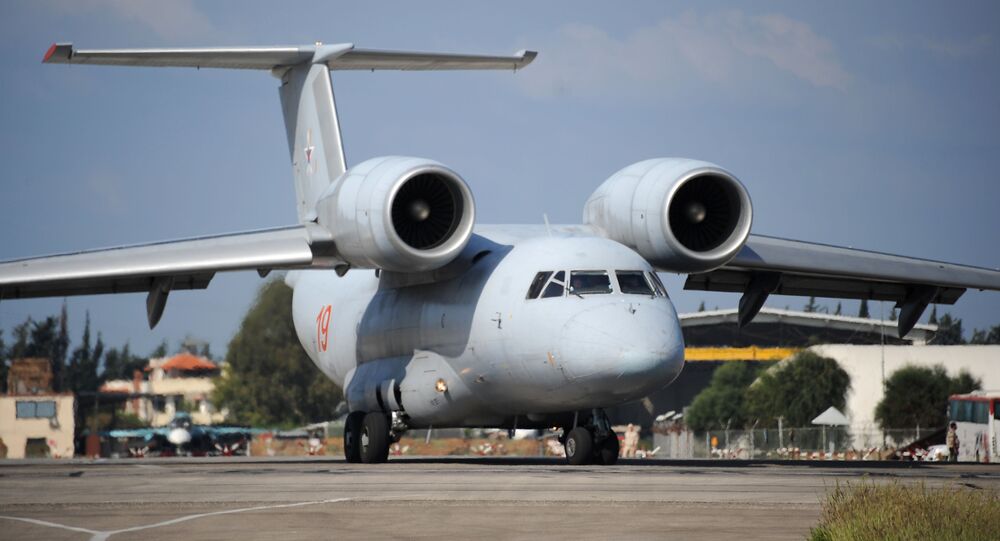 Russian President Vladimir Putin hammered out an agreement with Turkish President Recep Tayyip Erdogan in Sochi Tuesday. While the deal temporarily gives Ankara its most basic goals in eastern Syria, Putin is likely gambling the Turks can’t afford a prolonged occupation and will withdraw of their own volition, an analyst told Sputnik.

The joint memorandum that came out of Sochi Tuesday solidified, for the moment, some of Erdogan’s primary goals in the Operation Peace Spring offensive that has been waged against Kurds in eastern Syria since the beginning of the month, Sputnik reported. The agreement, which came just minutes before the five-day ceasefire was set to expire, invokes the 1998 Adana Agreement, by which Damascus designated the Turkey-based Kurdish Workers Party (PKK) militia a terrorist organization, following Ankara’s lead, but which also recognizes Syria’s responsibility to patrol the territory now occupied by Turkish forces, Arab News reported. However, Tuesday’s agreement empowers Russia to enforce the Adana Agreement.

^ Conclusion: a new status quo & frozen conflict settling in. For at least short-medium term, Turkey will keep what it has already seized in #Syria along the Turkish border as a "protectorate" to leverage/control Damascus and settle its jihadi proxies & associated refugees on.

"All the Kurdish structures on the Syrian territory should be solidly covered by the Syrian legislation, the Syrian constitution, so that there are no illegal armed groups on the territory of the Syrian Arab Republic, and so that no threat to security of the Republic of Turkey and any other nation comes from the Syrian territory," Lavrov said at a press conference in Moscow.

“Previously we had a Mexican standoff between the Turks and their proxies, the Syrian government, Russia and Iran on the other side, and the US and the Kurds on the third side. Now that the Americans are seemingly withdrawing, although that’s not completely clear, they may sit on some of Syria’s oil fields, at least according to some of the rhetoric coming out of Washington now, but now the major players seem to be down to two.”

Sleboda told hosts Brian Becker and John Kirakou that during the seven-hour-long “frank and businesslike exchange of views” in Sochi, Syrian President Bashar al-Assad was touring land in Idlib Governorate retaken from Turkey and its proxies, which have occupied the region for years, with uniformed Turkish forces crossing the border in support of a siege of the Kurdish-held city of Afrin in January 2018. A five-month offensive by Syria and Russia concluded in August, reclaiming most of the occupied parts of Hama Governorate and pushing the Turkish-allied forces back all along the front lines, which extend north to Jarablus, on the Syria-Turkey border.

In the recently liberated town of Hobait, Assad blasted Erdogan, calling him “a thief” who has "robbed factories, wheat and fuel and is today stealing territory.”

Assad “promised to support popular resistance” by any forces that will “fight against the Turkish invasion,” Sleboda noted.

“While that was happening, Putin and Erdogan were negotiating the future of Syria, at least in the short-to-medium term,” the analyst said, noting that “evidently, no one is really happy.”

10 points of the joint memorandum agreed to on #Syria by #Turkey & #Russia in Sochi. It effectively charges Russia with implementing the 1998 Adana Agreement, meaning #PKK is once again recognized as terrorist org by Damascus. It also recognizes 32km "Safe Zone" https://t.co/UcL8lmhTzg

​“Right now it looks like Turkey will keep, for the time being, territory it has seized east of the Euphrates on this latest incursion. That is a stretch between two Arab-majority towns, Tel Abyad and Ras al-Ayn, right along the Turkish border, and that will stretch to a depth of 10 kilometers, which is perhaps a little less than Erdogan wanted. He wanted it extended down to a major highway. That part’s not quite clear at this point,” Sleboda noted.

“Supposedly, the forces of the YPG - the Syrian Kurdish military units, which were previously rebranded by the US as the Syrian Democratic Forces (SDF) and are now starting to be referred to as the YPG again in the Western press, now that the US is no longer using them as its proxies in East Syria - they should withdraw to a depth of 32 kilometers. This will supposedly be overseen by joint patrols of Russian and Turkish groups to either side of this Turkish-occupied zone in East Syria,” he noted.

“And then there is discussion of joint Turkish-Syrian patrols outside that area as well along the border, but there’s no details on that, and right now, the Turkish government and the Syrian government still aren’t talking to each other and are still using quite strong language against each other,” Sleboda said.

The analyst noted that Idlib, occupied by Turkish forces and their proxies that include al-Qaeda in Syria, now known as Ha’yat Tahrir al-Sham, the Turkestan Islamic Party, and the who’s-who of jihadist groups in Syria collectively rebranded by Turkey as the Syrian National Army (SNA) or Free Syrian Army (FSA), remained absent from the agenda in Sochi.

Sleboda noted the infighting that had plagued the dozens of groups comprising the FSA “seemed to be gone now” as a result of Turkish command and Turkish-imposed unity. They also comprise a significant force: 80,000 men under arms, the analyst noted.

“Turkey doesn't seem it’s willing to give up yet; it still makes the same mouthings about Syria’s territorial integrity that everyone has made since the beginning and no one has upheld,” Sleboda noted. “It seems that they’re settling in for a political negotiation at this point. But to me it appears that Turkey still intends on keeping what it has taken in northern Syria as a protectorate under its control. It wants to resettle the 3.6 million Syrian refugees in Turkey, plus their fighters and their families and everything, in this area. But of course, that would mean driving out the population that is already there, and at least some of that includes Kurds. The Kurds are not going to be happy with this deal.”

“I think the Russian government is hoping that the political, the economic, the military costs of this continued Turkish occupation of parts of northern Syria will weigh on the Turkish government, which has an ailing economy and political domestic difficulties, and that eventually they will be encouraged to leave of their own accord,” he said.

Sleboda predicted the 1998 Adana Agreement “may be the face-saving gesture that Russia is pushing forward” for Turkey “as the basis for reconciliation,” suggesting the Turkish presence is only temporary and as per the agreement, which provides for limited efforts to clamp down on militia activities near the border.