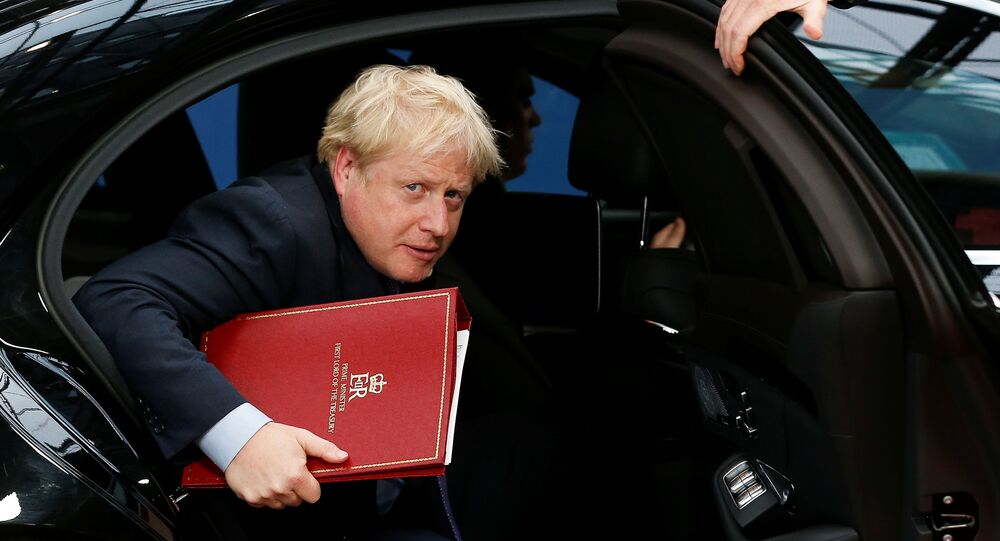 UK Prime Minister Boris Johnson announced Thursday that the country had finally reached a “great new deal” that would “#GetBrexitDone” and allow the UK Parliament to focus on other important issues, such as the National Health Service. However, some believe the referendum leaves Northern Ireland out to dry.

In hopes of meeting the October 31 Brexit deadline and avoiding a request for another extension, Johnson’s government and the European Union met Thursday and were able to reach an agreement that both sides are optimistically touting as the final withdrawal deal.

Jean-Claude Juncker, president of the European Commission, and other members of the EU echoed Johnson’s positive outlook on the deal.

Juncker referred to the agreement as a “fair compromise between the EU and the UK” in a statement, adding that “it is [a] testament to the commitment and willingness of both sides to do what is best for EU and UK citizens.”

“We didn’t negotiate an agreement with the idea it would be rejected by the British Parliament,” German Chancellor Angela Merkel said during a Thursday press conference following the European Council meeting, adding that they “haven’t focused on what will happen if the British Parliament doesn’t accept the withdrawal agreement.”

However, she attempted to reassure the public that the Brexit saga may be coming to an end by revealing that Johnson vowed “to do everything to find the majority” for the deal in the House of Commons.

The anti-democratic backstop has been abolished. The people of Northern Ireland will be in charge of the laws that they live by, and – unlike the backstop – will have the right to end the special arrangement if they so choose. #GetBrexitDone #TakeBackControl

“I have mixed feelings today,” Irish Prime Minister Leo Varadkar said Thursday, according to the Washington Post. “It’s a little bit like an old friend that’s going on a journey or an adventure without us, and we really hope it works out for them. But I think there will always be a place at the table for the United Kingdom if they were ever to choose to come back.”

Alexander Mercouris, editor-in-chief of The Duran, joined Radio Sputnik’s Loud and Clear on Thursday to speak on Johnson and other Conservatives’ change-of-heart when it comes to Northern Ireland.

“It’s been remarkable to see how over the last couple of days there’s been a string of articles in Conservative-backing newspapers like the Daily Telegraph in which they’re basically saying that Britain holding onto Northern Ireland is becoming … a liability, because it is holding Britain or, to be precise, England, into the EU in a way that it really doesn’t want to be,” Mercouris told hosts Brian Becker and John Kiriakou.

“For the first time since 1922, it is beginning increasingly to look as if Conservative opinion is starting to harden against the Protestant majority in Northern Ireland,” he said, referencing the 1922 establishment of the Irish Free State.

Mercouris said that the major takeaway from the current proposal is that “already it is treating Northern Ireland in a different way from the rest of the United Kingdom and is putting it in much closer association with the Irish Republic.”

“Having visited Northern Ireland as recently as March, I have to say … my overwhelming feeling when I was there is Irish unification now is only a matter of time,” he added.

The UK Parliament will vote on Johnson’s Brexit referendum on Saturday if it is presented as expected. According to the EU’s Benn Act, the prime minister’s failure to muster a majority will result in yet another extension of the Brexit deadline.