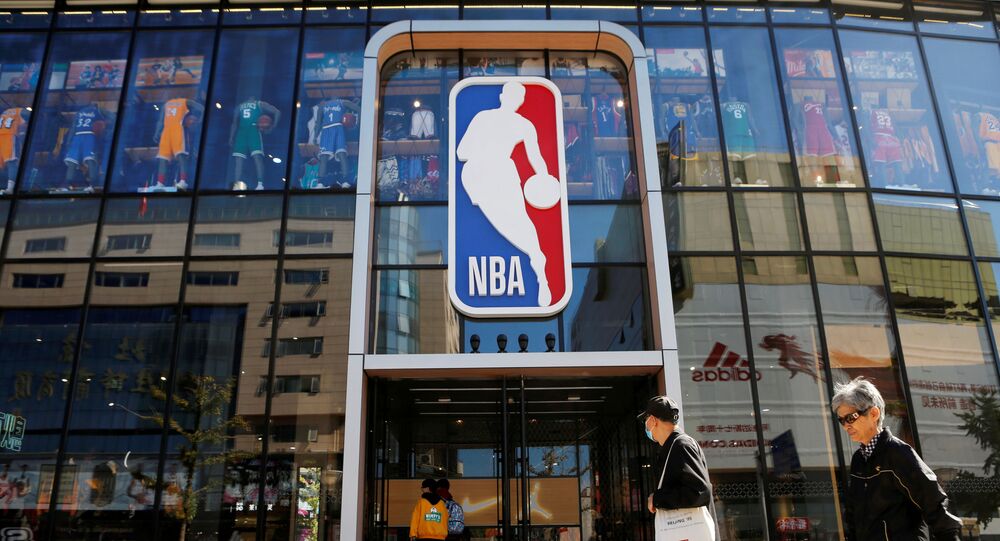 Over the weekend, the Houston Rockets GM caught major backlash and issued an apology for tweeting an image that read “fight for freedom, stand with Hong Kong.”

2/ I have always appreciated the significant support our Chinese fans and sponsors have provided and I would hope that those who are upset will know that offending or misunderstanding them was not my intention. My tweets are my own and in no way represent the Rockets or the NBA.

Despite Morey’s remorse, the Chinese Basketball Association and Tencent, the Chinese broadcaster of the franchise, have announced they will be cutting ties with the Rockets.

“We are not apologizing for Daryl exercising his freedom of expression,” the NBA commissioner said during an October 8 press conference in Saitama, Japan, amid the 2019 Japan Games.

“I don't think it's inconsistent, on one hand, to be sympathetic to them, and at the same time, stand by our principles,” Silver added.

The commissioner’s attempt to toe the line backfired on both fronts, as many US citizens are saying Silver did not actually take a position, and those from China see that move as a showing of the NBA’s ignorance and xenophobia.

John Ross, senior fellow at the Chongyang Institute, Renmin University of China, joined Radio Sputnik’s By Any Means Necessary Tuesday to discuss the repercussions of Morey and Silver’s statements and the dynamics that the West does not appear to understand about China.

“You have to understand what is really happening in Hong Kong in order to understand the reaction inside China,” Ross told hosts Eugene Puryear and Sean Blackmon.

Language in particular is an important factor to consider when discussing the relationship between those from mainland China versus Hongkongers. Ross pointed out that while those in the semi-autonomous city generally speak Cantonese, the primary language of mainland Chinese is Mandarin, although a sizeable portion of neighboring Guangdong Province speaks the same tongue as Hongkongers, too.

The Chongyang Institute fellow asserted that this distinguishing factor is part of the reason those from mainland China are being targeted and “beat up” in Hong Kong in recent demonstrations.
“Suppose there were white mobs going around beating up black people in American cities. What do you think would be the reaction of the black population of the United States?” Ross said in an attempt to put the situation into perspective for the West. “And what do you think would be the reaction … to somebody who put out a tweet saying ‘I support this movement?’”

He went on to say that Silver’s message of free speech in response to the “idiotic statements made out of the Houston Rockets” shows that the NBA does not understand the dynamics in China and “it’s probably going to cost [the league] billions of dollars.”

To provide some real-world examples of what he means, Ross brought up two situations in which he witnessed discrimination that targeted those from mainland China.

“I was once working from someone from Hong Kong, and we went to mainland China, and the person insisted upon washing the dishes in a restaurant … on the grounds that they [believed] that the people in mainland China were incapable of washing dishes correctly,” he said.

Ross provided another example in which a Taiwanese student told fellow students in London that “I may look Chinese, but please don’t think I am Chinese.”

“Imagine that. Can you imagine a black person in the United States [saying] ‘I may look black, but I’m not really black?’” he asked rhetorically, before using black people as another “what if” scenario with his dishes example.

While the Houston Rockets may have been a fan-favorite in China due to the eight seasons Shanghai-born former NBA All-Star Yao Ming played with the team, Ross said Morey’s tweet has ruined the Rockets’ standing, and the team name “is now dirt.”

While it could have been the Rockets’ load to carry, he expressed that Silver’s remarks have ensured the “NBA is going to bite the dust as well” in China.