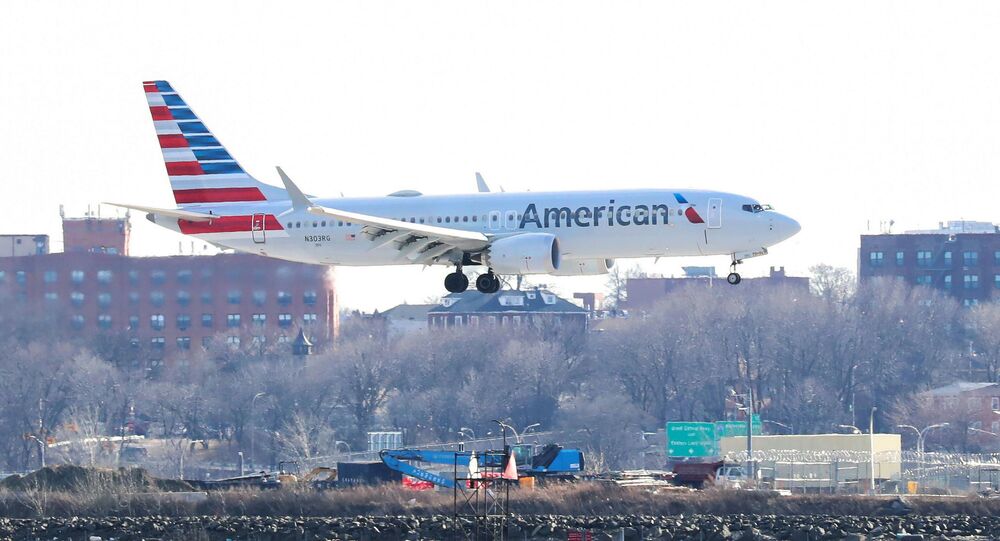 According to Ewbank, “Boeing management was more concerned with cost and schedule than safety or quality,” the New York Times reported. "I was willing to stand up for safety and quality, but was unable to actually have an effect in those areas," Ewbank added, also noting that a chief test pilot of the 737 Max as well as other engineers wanted to look into installing an airspeed system on the plane, which would have been able to determine when its angle of attack sensors were not functioning properly. However, a Boeing executive did not want to consider that as an option due to the system’s cost, Ewbank noted.

Dr. Alan Diehl, an award-winning aviation psychologist and safety consultant, a major air safety whistleblower and the author of the book “Air Safety Investigators,” told Radio Sputnik’s Loud & Clear Wednesday that while Boeing cut safety corners in developing the 737 Max, the model is not beyond repair.

“With the Max, everything was rushed, rushed, rushed to get that thing out the door and compete with the Airbus product, which had come out a year before Boeing had announced the decision to make the Max,” Diehl told hosts John Kiriakou and Brian Becker.

“Boeing has traditionally had a couple of great corporate cultures. One was their engineering excellence, and I think what this whistleblower is saying is they have kind of foregone that by putting profits ahead of safety. Now, those are his [Ewbank’s] words,” he said. “The second thing they violated or changed, I guess, is they always promised to keep the pilots in the loop, unlike Airbus, which was more automated.”

“The Airbus philosophy is: ‘Look, just let the computer fly the airplane. Manage the computer. The plane will fly itself except for takeoff and landing.’ With Boeing, the philosophy was, ‘We’re going to tell you what the aircraft is doing. You are always going to be in the loop as the pilot.’ And they broke that tradition - corporate culture, if you will - when they came out with the Max, because they simply didn’t tell the pilots about the automation that was installed aboard the Max,” Diehl explained.

On March 10, a Boeing 737 Max 8 plane operated by Ethiopian Airlines crashed after taking off from Addis Ababa, Ethiopia, at around 8:30 a.m., killing all 157 people onboard. According to Ethiopian Airlines, contact with the plane was lost at 8:44 a.m., just a few minutes after it took off. On October 29, 2018, a Lion Air-operated 737 Max 8 crashed into the Java Sea just minutes after taking off from the Indonesian capital of Jakarta. All 189 people onboard were killed.

In both crashes, the plane’s new flight control system, the Maneuvering Characteristics Augmentation System (MCAS) has been implicated as the cause. The MCAS, designed to be a safety feature, is supposed to evaluate sensor data and push the plane’s nose down to keep it from stalling in the event that the nose of the plane is too high.

In fact, the 737 Max’s problems are likely a product of Boeing competing with European multinational aerospace corporation Airbus’ A321LR aircraft. Multiple reports speculate that Boeing rushed its jet to market in an attempt to beat out its rival. In an effort to use larger, fuel-efficient engines, like Airbus, Boeing engineers realized that the older model 737-800 needed engineering changes. However, instead of designing an entirely new plane, Boeing engineers simply installed more fuel-efficient engines, placed further forward and higher on the wings than on the 737-800, and gave the jet a new name: the 737 Max.

When Boeing engineers realized that the position of the larger engines would cause the plane to stall by tilting its nose too high, they installed the MCAS “to compensate for the extra pitch produced by its larger engines at elevated angle-of-attack,” the Wall Street Journal reported in March.

“Boeing made a lot of mistakes ... in rushing this airplane to market,” Diehl said. “I think this is fixable, though. I do think that Boeing is trying to change its corporate culture. They just appointed a new director of safety, a lady by the name of Beth Pasztor.”

Should the 737 be pulled off the market indefinitely?

“The short answer is: not really,” Diehl noted.

“In an ideal world, maybe the answer is yes. But in the real world, I think Boeing has something like $6 billion worth of orders on this aircraft,” he pointed out. “It is not that fundamentally flawed that it can't be fixed. I don’t think it needs to literally be turned into beer cans, scrap, partly because of the economics.”

“I think what we need to do is make sure that Boeing has got it right, and one of the suggestions that I’ve had - and I've communicated this to the people currently looking at the redesign of the aircraft - if they had simply put a couple of software patches to put what are called oral annunciators, oral alerts - these are simple software patches,” then the two fatal crashes could have been avoided, Diehl said. “If they simply had an oral alert that said ‘angle of attack fail,’ the pilots would have known what was going on. When the nose is pushed down, you need another oral alert that says MCAS active and, of course, the pilots instantly know: this airplane is shoving the nose down.”

“I understand what he’s [Ewbank’s] saying, but I also understand that Boeing thought his suggestion was just too complicated,” Diehl added.