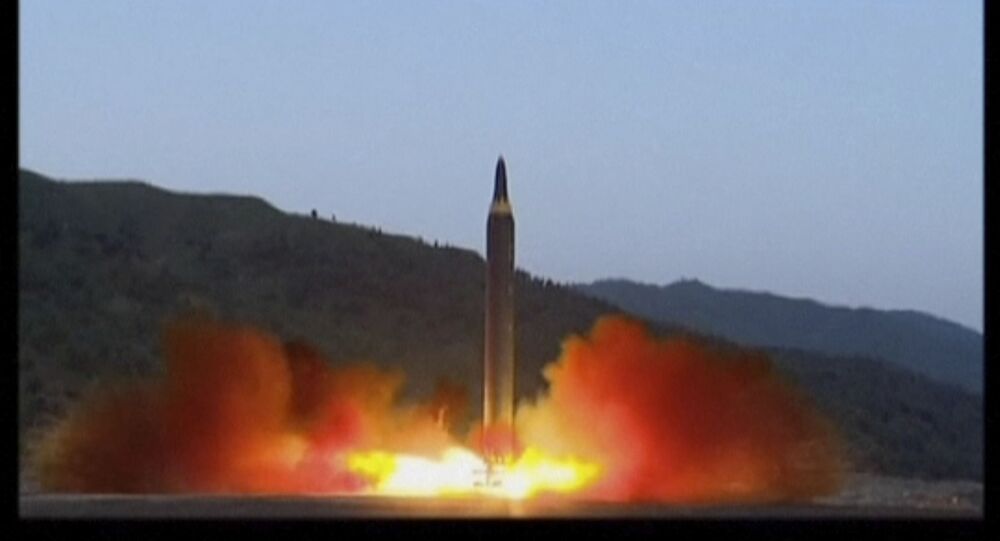 Scholar: It Will Be Interesting to Watch How S Korea, US Respond to DPRK's Potential Missile Launch

Reports have revealed that North Korea may have fired a ballistic missile from a submarine, a move that came just hours after Pyongyang said it would resume nuclear talks with the US. Tong Zhao, a Research Fellow at the Carnegie Endowment for International Peace, expressed his opinion about it.

Sputnik: A North Korean missile launch is being investigated as a possible test of a submarine-launched ballistic missile according to South Korean Officials. What do we know about this suspected launch and how significant is it?

Tong Zhao: According to the very limited public information it looks like a submarine-launched ballistic missile but we are not sure if the missile was indeed launched from a submarine - it could have been launched from the shore or from a badge near the coast. We don't know what type of missile it was, it could be the Pukkuksong-1 which was a missile that what was already successful flight tested before or it could be new and different missile. North Korean has revealed a more advanced submarine launch of ballistic missile launch in 2017. We don't know which missile was involved but in either case it was the first time since November 28th in 2017 that North Korea flight-tested a missile that is aimed for delivering a nuclear warhead. It's a higher level of provocation than the recent short-range of ballistic missile test that South Korea conducted a few weeks ago.

Sputnik: Taking into account events on the horizon, what does the timing of this potential launch tell us about relations in the Korean peninsula?

Sputnik: How have nations addressed this potential launch and what can sort of reaction can we expect to see?

Tong Zhao: I think given it is a higher level of provocation from North Korea this will not be received well in most countries - particularly Japan will see this as a serious threat but it would be interesting to watch how the United States and South Korea respond to it. I believe President Trump still has the incentive to move forward with the negotiations with DPRK and he probably doesn't want to ruin this opportunity to resume working-level negotiations, which has taken less to be resumed allowing how diplomatic resources were invested to resume the negotiations. South Korea is also in the interesting position. President Moon has been trying really hard to jumpstart diplomacy with North Korea again and I expect some moderate response from both the United States and South Korea to give another chance for diplomacy to work.