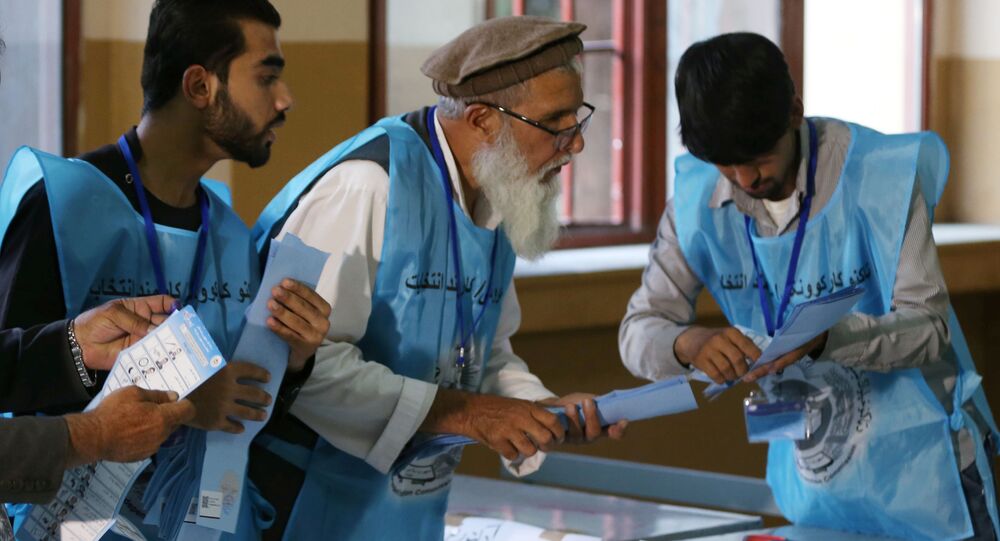 Afghanistan’s presidential election on September 28 saw a sharp decline in voters, with less than half the number who voted in 2014 turning out. Despite a low turnout and a wave of Taliban-sponsored attacks across the country, a second round of vote-casting seems increasingly likely, as no one’s conceded defeat.

"The results will be announced by the Independent Election Commission, but we have the most votes. The election is not going to go to a second round," Afghan Chief Executive Abdullah Abdullah said during a Monday press conference.

While President Ashraf Ghani has yet to comment on the anticipated preliminary results, which aren’t expected until October 17, Amrullah Saleh, his running mate, has expressed that he and Ghani are the clear victors, as information they had received showed “60 to 70 percent of people voted [for] us," according to Al Jazeera.

According to the Independent Election Commission’s results, more than 6.6 million voters made it out to the first round of votes in the 2014 presidential election, and more than 7.1 million participated in the second round. Despite Abdullah’s confidence in there not being a second round this time, Afghan law states that a presidential candidate must hold more than 50% of the vote to win the presidency and prevent a follow-up vote.

Dr. Marvin Weinbaum, director of Afghanistan and Pakistan studies at the Middle East Institute, joined Radio Sputnik’s By Any Means Necessary on Monday to discuss the voter turnout and his opinion of the two leading candidates.

Weinbaum told hosts Eugene Puryear and Sean Blackmon that while there were several stories about the bloodshed that occurred on election day, the summary reports say “the level of violence isn’t really all that different than every other day in Afghanistan.”

As for the candidates claiming victory ahead of the preliminary results, the director said that this is simply a ploy so that the candidates “can later come in and say, ‘You see? I was supposed to win!’”

“I know both of them personally, and have for a long time, and they’re very different. You would classify Ghani as an administrative type, a detail-oriented guy who is not especially good … in his ability to reach out and speak to crowds,” Weinbaum said, describing the sitting president as more of an “inside man.”

Abdullah, on the other hand, is seen as more of an “outside man” who you’d imagine would tackle foreign policy and “be the face of the country, because he’s very suave, very articulate,” according to Weinbaum. He also noted that Abdullah served as Afghanistan’s foreign minister from December 2001 to April 2005 under former President Hamid Karzai.

The director argued that with only 2.2 million voters having cast their ballots out of 9 million registered and 16 million eligible voters, “it’s going to be difficult for anyone to claim that they’ve got a popular mandate.” While violence definitely played a role in deterring some from exercising their right to vote, voter apathy was also a real factor, according to Weinbaum.

“In terms of actual policy towards the United States or towards the Taliban, I really don’t think they’ll be that much different,” Weinbaum asserted of the leading candidates, explaining that while most of Abdullah’s current talking points are based off his need to define himself in opposition to Ghani, the legislation they’ll advocate and pass at the end of the day will be similar.

Preliminary results are expected beginning October 17, but the final results of the election are not due until November 7.