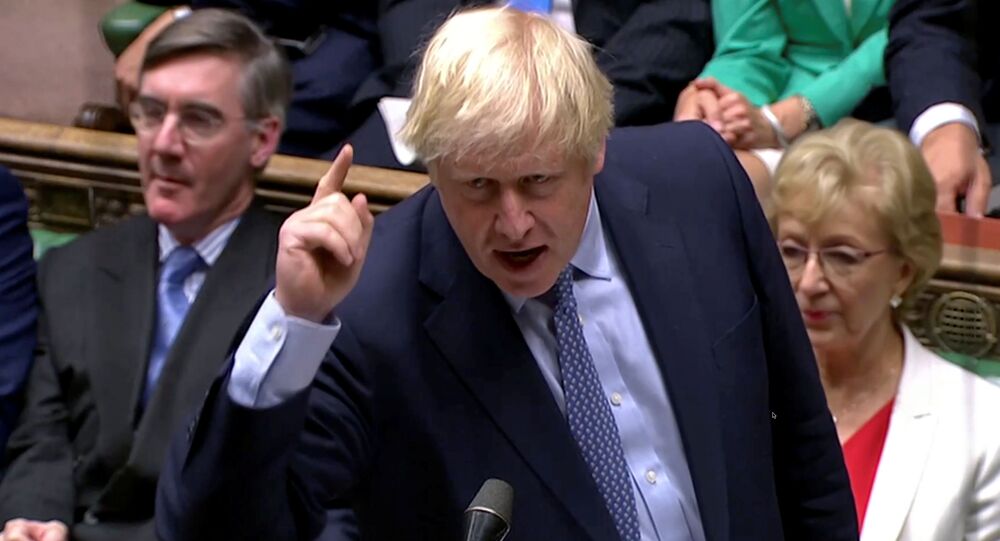 Speaking at the Conservative Party conference in Manchester; Chancellor of the Duchy of Lancaster Michael Gove has outlined concerns that Boris Johnson could be ousted from office, should he fail to negotiate a new Brexit deal with the EU.

Speaking about the possibility of Johnson's ouster, Dr Teck Khong, Leader of the Compass Party, believes that Labour attempts to do so would probably amount to nothing.

Sputnik: Could Boris Johnson be ousted by Labour and Jeremy Corbyn? What ramifications would this have for Brexit?

Dr Teck Khong: I don’t think any attempt by Labour to oust Johnson would be successful to be honest, there is a lot at stake here; and if you analyse the speeches in parliament, particularly Geoffrey Cox’s speech; it’s full of riddles and facts hidden behind it. I think they are waiting for an opportune moment to declare their intentions, and it is my view and my view only, that there could be a surprise announcement, which would really throw the opposition into disarray.

Sputnik: Would a no-deal Brexit be as bad as pro-remain MPs claim?

As far as medicines are concerned; we used to have a very efficient system of regulating and licencing medicines, and we could get a lot of medicines from our own manufacturers, we can get them from America and from other parts of the world which isn’t in the EU, so I can’t really see how this scaremongering has much ground to it.

Sputnik: Do you think that there is a chance that Boris Johnson could attempt to get Theresa May’s divorce bill through parliament once again?

Dr Teck Khong: Boris Johnson is a lot wiser than that, I think he would certainly not sacrifice the party or the country’s position by adopting the agreement that Theresa May crafted, I think at the very least it would be a very modified version, and at best we would just leave on WTO terms.