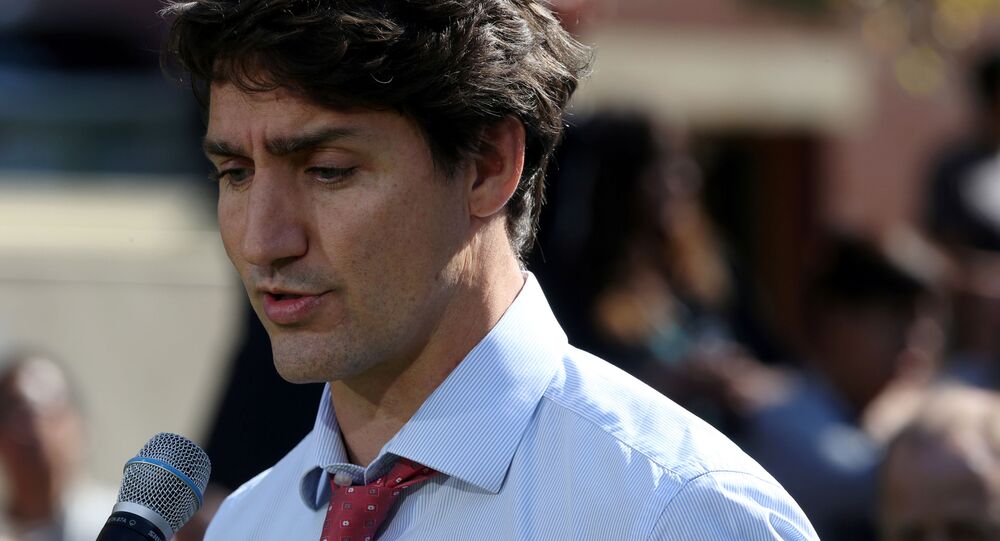 Canadian sociologist Joseph Yvon Thériault explains the racism scandal involving Canadian Prime Minister Justin Trudeau as the “Americanisation of Canadian politics”. For him, it seems paradoxical that Trudeau, until recently considered a dedicated advocate of political correctness, was involved in such a story.

“This scandal characterises the era rather than the phenomenon itself. The fact that this practice is considered an insult to so-called 'racialised' people denotes significant changes in Canadian public opinion and especially in the media. In fact, the reactions are much stronger in progressive and liberal circles – in universities and newspapers – than among general population. It seems rather strange to the public that such an event can be so widely discussed,” Joseph Yvon Thériault, emeritus professor of sociology at the University of Quebec and Dean of the Department of Canadian Studies on Globalisation, Citizenship, and Democracy, told Sputnik.

What surprises the sociologist is the parallel drawn between the makeup that Canada’s Prime Minister wore at a theme party in 2001 and American white supremacy supporters.

“The case also denotes a form of moralisation of political life and doesn’t allow for a real discussion on discrimination-related issues. The only thing we hear is accusations. There is an Americanisation of public life. The blackface phenomenon is essentially American; it is related to American social relations. They’re trying to explain Canadian phenomena with concepts that have been developed in the United States. Canadians and Americans have a different attitude towards slavery,” he said.

According to Joseph Yvon Thériault, Trudeau got caught in his own trap.

“Justin Trudeau is really a watered waterer; his own world, everything he’s been advocating is now turning against him. The only thing left to do is make a thousand and one excuses; however, he doesn’t know to react otherwise. It’s odd to see some of his opponents defending him. […] The case will not have much impact on the election, but Trudeau’s international image will be tarnished,” Thériault added.

What’s interesting is that Quebeckers seem much less shocked by the affair than English-speaking Canadians. According to the expert, this is due to Quebec’s special character.

“Anglo-American societies were the first to make multiculturalism a state policy. This may explain the stronger response in English Canada. Quebec still stands a little apart, despite this Americanisation of political and intellectual life. Quebec’s reaction to this blackface affair was not that great, especially because of European, and particularly French, influence, which is still in the region,” Joseph Yvon Thériault explained.

On 18 September, in an attempt to live down the scandal, the Canadian Prime Minister chose to present his “profound apologies.”

“I didn't think it was racist at the time, but now I see, it was a racist thing to do. I apologise profoundly,” Trudeau said.

On the same day, Global TV channel showed a video where the Canadian Prime Minister (in a different context) is grinning … and wearing black make-up on his face.