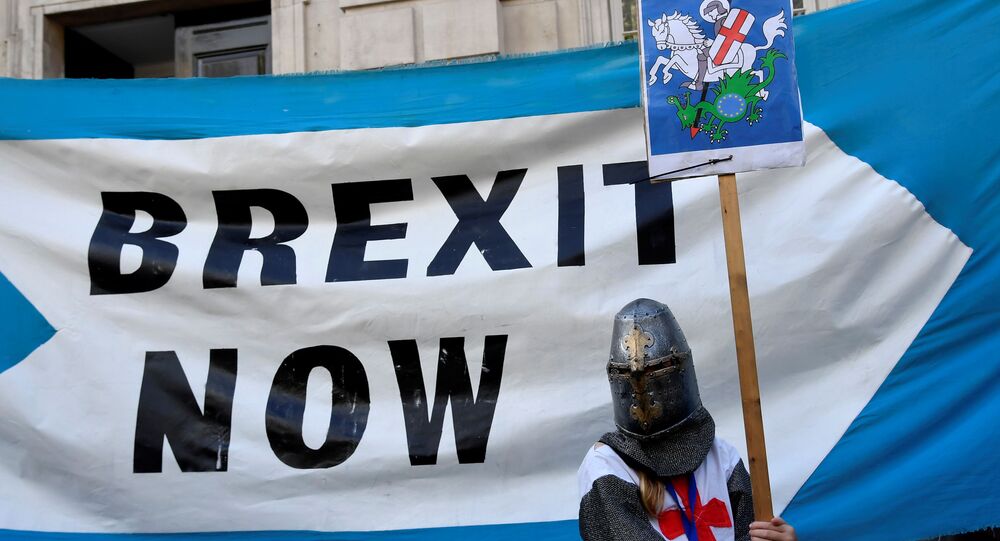 Politician on Brexit: Finnish PM Is Really Just Voice for All of Frustration that Everyone Feels

Finland’s Prime Minister has claimed that the UK has as little as twelve days left to present credible alternatives to Theresa May’s Brexit deal. Dan Liddicott, a home affairs spokesman for the British Libertarian Party, expressed his opinion about ongoing Brexit developments.

Dan Liddicott: I think what Boris Johnson is trying to do is play both sides of the fence to be perfectly honest. He has not got the best sort of outward show of making a decent deal, as the EU keep accusing him of not having presented anything to them yet.

It really is looking like a very uncertain situation for us here, which is very disappointing because he made a very big show of being in favour of getting us out, but the biggest fear that the people I speak to have is that we are going to end up with almost the same deal Theresa May offered us, with a slight tweak and a bit of lipstick on it, and he’s hoping that people will be just so fed up, they’ll say yes.

Dan Liddicott: It’s definitely going to erode their majority, or lack of majority now as it is. The problem is that their opposition is so very weak, so while the Tories may seem to be losing ground over this; it’s hard to see where the people are going to go to.

Overall we’re going to be heading to one of those situations which is more common in Europe, and that is a coalition government, after any future general election.

Sputnik: Could the EU refuse to extend Article Fifty?

The problem is; that he doesn’t speak for the whole of the EU, and there is a belief among many people that the EU is willing to do almost anything, although they make a good show, to make sure the UK stays in.

They may talk a strong game of saying “ we’ve had enough”, but in the end; I think they will still accept something of an extension, if it looks like we will remain and be able to keep paying them the money.