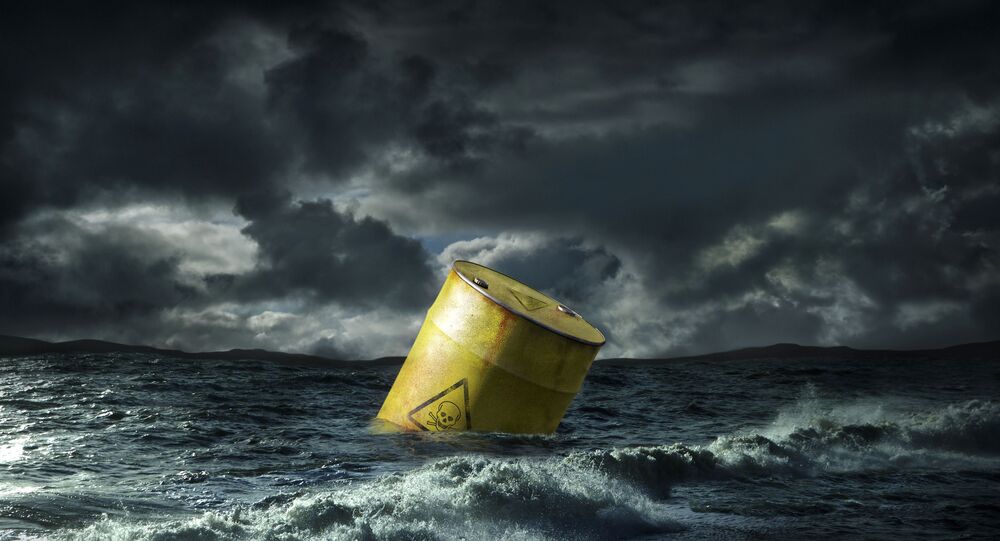 According to an eight-country poll majority of the public recognize the climate crisis as an “emergency” and say politicians are failing to tackle the problem, backing the interests of big oil over the wellbeing of ordinary people. Ashley Murphy from Keele University expressed his opinion about it.

Sputnik: A new poll has suggested that a majority of the public recognize the climate crisis as an “emergency” and say politicians are failing to tackle the problem. Will this new poll have an effect on the government policy direction regarding the environment?

Ashley Murphy: The science is very clear. Research has found that the hottest July on record since 1880 has come in 2019. We're heading towards 410 parts per million of carbon dioxide in the atmosphere at a regular point, so the science is very clear and I think the mood in the public sphere is moving towards understanding and recognizing that and hence why this poll has appeared at this point. Politicians are not moving in the same direction. We do have a stagnation particularly in the UK at the moment but there is a broad global stagnation in terms of responding to climate change. We have obviously known since at least 1992 and that's a very conservative estimate of when we sort of acknowledge the climate change problem and yet we have done very little. Whether or not this poll will actually change the UK and the wider global political establishment's response to climate change is dubious - but it doesn't mean that the poll is irrelevant. These types of things create pressure, public protest, public demonstrations - all of which provide the requisite pressure to show these political classes that this is a matter that is of great urgency that the public understands.

Sputnik: This poll looked at the opinions of people - will it be recognized by authorities?

Ashley Murphy: I don't think it will make a difference to the people in power. In the UK at the moment, the current administration is very much centred on providing soundbite policy that does sound like they're taking it seriously and they're going to address the problem. But when you look at the infrastructure and you look at how these policies are put into place it's quite clear that there is a massive gap between these soundbite policies and the ability to actually implement them. I don't think that we're going to see any changes at least with the current administration at present but that doesn't mean that we can't see changes sort of in the more slightly longer term. We are possibly heading towards a general election in this country and if we allow these sort of movements to keep developing and to influence how we go forward in terms of voting at the next general election we could perhaps see a parliament which is more responsive to climate change and that could be really beneficial.

Sputnik: Looking to the future, if this is recognized by governments as well as citizens, what radical measures could be considered to cut emissions?

Ashley Murphy: There are a number of steps that politicians, governments and states can definitely take, which they might sound radical but I don't really think they are. We could recognize that the problem can be significantly addressed by protecting green spaces and allowing those areas to flourish and absorb as much carbon as possible and that can be legislated for very quickly. What I mean by this in terms of practical application is we could stop building on green spaces; we could stop that immediately, and focus our attention much more acutely on brownfield sites within cities that are sitting derelict and need development. So we won't even be stopping sort of housing been built and are responding to the housing crisis by responding to the climate crisis. We just need to refocus how we look at this and that's not an extreme policy to protect the green and to build on sites which have already effectively destroyed the green areas. That's hardly radical. What is slightly more radical would be perhaps to say, okay, we're going to stop using fossil fuels almost immediately. Now, some states are pledging to go this way; Canada in its Paris contributions has suggested that it will fade out the use of coal-burning power stations and its promise not to sort of create anymore. That's a great policy. It's a little bit vague in terms of timeframe but it nonetheless is a useful start point and countries in the UK particularly could adopt this particular stance and say: 'No more coal power stations and instead we're going to provide subsidies for green technology; we're going to develop offshore wind farms and we're going to allow subsidies schemes to create solar panel energy throughout the country'. These steps aren't particularly radical and they're not exactly new. We should really in 2019 be in a position to implement these policies or have them implemented already but that is the type of response that we really need to be looking at. The next time parliament meets we need to be talking about these responses straight away because the clock is ticking.