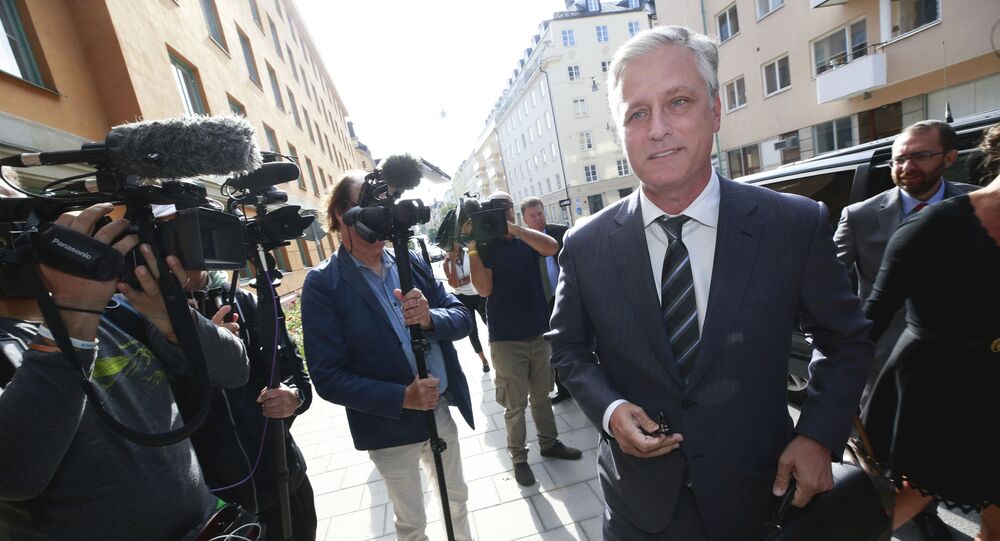 US President Donald Trump nominated US Special Presidential Envoy for Hostage Affairs Robert O'Brien on Wednesday to replace John Bolton as national security adviser. However, while Bolton was a headstrong, veteran warhawk, O’Brien is a diplomatic neophyte who’s unlikely to wander far from Trump’s lead, an analyst told Sputnik.

“O’Brien really has the least experience of any national security adviser ever, as far as being a foreign policy expert,” Kevin Zeese, co-coordinator of Popular Resistance, told Radio Sputnik’s Loud and Clear Wednesday, noting that although Secretary of State Mike Pompeo “is kind of a yes-man to Trump,” the move suggests that Pompeo is now “in charge of Trump foreign policy in the post-Bolton era. He won the battle with Bolton.”

However, Zeese cautioned that just because Bolton is out doesn’t mean the Trump administration’s warmongering is at its end.

“Pompeo is a hawk on North Korea as well. He’s not a show horse hawk like Bolton was; he also is not someone who is going to contradict Trump,” Zeese told hosts Brian Becker and John Kiriakou.

“I think this 2020 election year may be a hope for North Korea and Iran, in that Trump needs to have something in foreign policy. It’s been a completely stale foreign policy, and if he can get something with North Korea, that would be a major opportunity for him in 2020. Pompeo is a politician - he’s considering running for office for the US Senate out of Kansas - and is also someone who has been able to keep power in the administration by essentially being a yes-man to Trump. If Trump wants something with North Korea, it can happen,” Zeese said.

“That’s another policy that Bolton had screwed up,” Zeese said. “He had promised easy pickings in Venezuela, that the opposition had all this support - turns out the opposition didn’t have any support and that [Venezuelan President Nicolas] Maduro was much more positively supported, so he’s now in a quagmire in Venezuela.”

“On both of these issues - North Korea and Venezuela - Bolton had led Trump astray,” Zeese said.

“There’s nothing good” about where Trump’s foreign policy is at present, he said. “So this selection of O’Brien, we’ll see what he does. As I said, it’s too early to judge him. He was in the [George W.] Bush administration, he has some experience, but he’s got minimal experience. And as far as being a strategist on foreign policy, he’s never been at that level, so we don’t know what his thinking is. He’s written books, a book that talks about American exceptionalism and how to rebuild America’s role in the world and how we’re the good guys - you know, all the nonsense we hear from the US foreign policy elites - so he seems like he’s a traditional foreign policy elite, on the conservative side, Pompeo’s man.”

However, Trump’s ongoing trade war with China and the prospect of recession on the horizon might frustrate his attempts at reelection even more than an empty-handed foreign policy, Zeese warned. On Wednesday, the Federal Reserve acted against this trend, cutting interest rates by a quarter-point and giving banks $75 billion to stabilize short-term loans on credit for the second night in a row, according to the Wall Street Journal.

“There’s a whole series of signs in the economy, and this overnight problem and the Federal Reserve bailout - all this also happened before the last crash,” Zeese warned. “We don’t know what’s going to happen with the economy. The Fed doesn’t really have the tools it had in the [Jimmy] Carter era to stop a recession or stop a financial crash, because it’s already got low interest rates.”