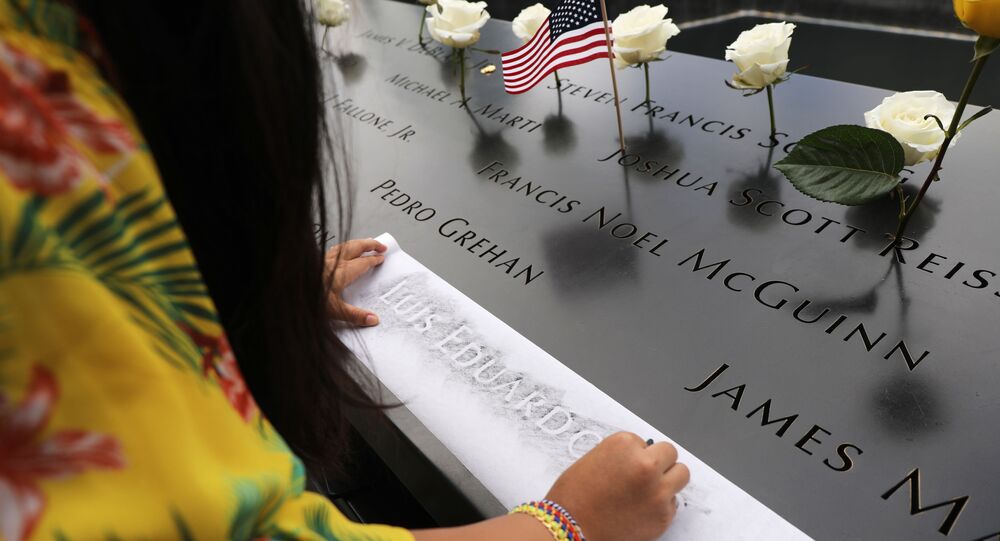 Eighteen years after the September 11 attacks, 9/11 first responders, their families, as well as residents and students who were in the vicinity of the World Trade Center are still dealing with serious health consequences.

Jaime Hazan, a 9/11 first responder who was an emergency medical technician at Ground Zero; Nancy Carbone, founder and executive director of Friends of Firefighters; and Lila Nordstrom, executive director of StuyHealth, a health advocacy group for students impacted by 9/11, all joined Radio Sputnik’s Loud & Clear Wednesday to discuss the lingering effects of the attacks.

“We deal with firefighters, active and retired, and their families, and we do direct service,” Carbone told hosts John Kiriakou and Brian Becker, describing Friends of Firefighters.

“We are primarily concerned with mental health issues. And obviously, there are a lot of illnesses related to 9/11 and … subsequently, we lost a lot of firefighters to cancer, primarily. I thought when we started this, we would be around one to three years. I now understand that there's no end to this, because it’s [firefighting] an extremely dangerous job,” Carbone explained.

Hazan, who is still dealing with health issues caused by the 9/11 attacks, helped pass a federal bill known as the James Zadroga 9/11 Health and Compensation Reauthorization Act.

The bill, which was signed into law by former US President Barack Obama on January 2, 2011, funds a health care program for 9/11 survivors and responders so they can receive medical care and medication they require for as long as they need.

“On 9/11 we lost a lot of people that were vaporized instantly. But you have to realize, in these 18 years that have gone by, it’s been a slow motion of slowly churning and developing diseases. Those diseases over time get worse. Some people are taken quickly.  But some, over time, are developing something new … There was a time before we had these bills passed that people were in bad shape,” Hazan explained.

“I see two issues that I would love to bring to the forefront. The first is that there are newly developing diseases now. The World Trade Center treatment program and the health program - they have to be given the resources and continue to [research] new diseases and find that causal relationship … to treat cancers, to treat autoimmune disease - these are very costly diseases. That’s why the 9/11 program is here,” Hazan noted.

“The mental health piece as well, that’s a huge piece. With the increased suicide rate in the police department, with first responders who are at tremendous risk of suicide, the treatment has got to happen,” he added.

According to Nordstrom, who was a teacher in lower Manhattan close to the World Trade Center in 2001, her advocacy group, StuyHealth, aims to help young adults who were exposed to toxic chemicals following the attacks.

“There were almost 20,000 public school students who attended school in lower Manhattan; there were additionally another 20 or 25,000 college students; there were community members who worked in and around the World Trade Center - because there were false assurances made about the air quality downtown, a lot of us returned to the area much too soon [following the attacks] and were exposed to the same toxic chemicals as first responders that are now getting sick. Because we were in the same conditions in the same [places as] responders, we, like responders, are getting sick,” Nordstrom explained.

“We [StuyHealth] do a lot of outreach for the World Trade Center Health Program, which is a federal health program that services first responders but also serves survivors of the attacks. It offers no-cost health treatment for 9/11-related conditions. We focus on students because students are a difficult group to reach; we're nationally dispersed at this point,” Nordstrom explained.