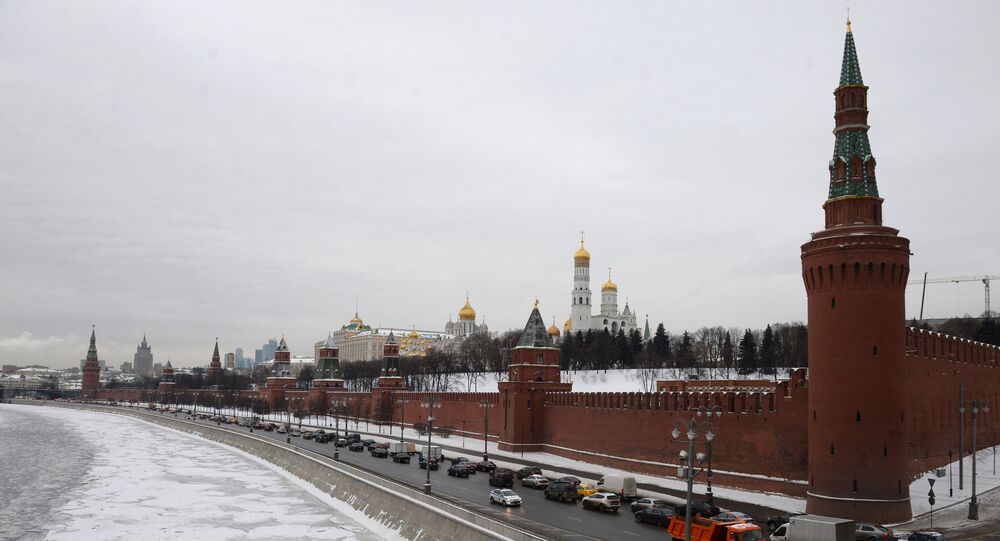 US media has claimed a spy placed high in the Kremlin had to be rushed out of Moscow in 2017 after US President Donald Trump endangered him by discussing intel he revealed. However, the man wasn’t who US intel claimed he was, and the information he supplied, which formed the foundation of the Russiagate investigation, was just as fake.

News emerged Monday that a key CIA source, reportedly in Russian President Vladimir Putin’s inner circle, had both supplied key information backing the Russiagate narrative and later had his cover endangered by Trump, and that the agency had to evacuate him from Moscow. However, the Kremlin revealed Tuesday that the man was a mid-ranking official who never had close contact with Putin and that he wasn’t extracted from the country - he was fired by the Kremlin.

Aaron Maté, a journalist with the Grayzone Project and The Nation, told Radio Sputnik’s Loud and Clear Tuesday that the leak was likely a concocted attempt to boost the CIA’s public image ahead of damning information expected to be published soon, and that it only further undermines the Russiagate investigation that former CIA Director John Brennan set in motion.

“For all the talk that there was in this CNN piece that came out yesterday of Trump being the reason why they pulled this source out of Russia, it turns out that they’ve been trying to extract the source since late 2016, before Trump even took office. And it seems as if, for all the concern about Trump revealing the source’s existence, it’s in fact intelligence officials who’ve revealed the source’s existence, to the point now that we learned yesterday that the source has been living openly in the suburbs of DC,” Maté said.

The story, first published by CNN, did not name Oleg Smolenkov, but referred to him as “the highest level source for the US inside the Kremlin, high up in the national security infrastructure, according to the source familiar with the matter and a former senior intelligence official. According to CNN's sources, the spy had access to Putin and could even provide images of documents on the Russian leader's desk.”

The New York Times soon picked up the story, expanding it to include a claim that “the Moscow informant was instrumental to the CIA’s most explosive conclusion about Russia’s interference campaign: that President Vladimir V. Putin ordered and orchestrated it himself. As the American government’s best insight into the thinking of and orders from Mr. Putin, the source was also key to the CIA’s assessment that he affirmatively favored Donald J. Trump’s election and personally ordered the hacking of the Democratic National Committee.”

NBC’s Ken Delanian, who in 2014 was exposed by The Intercept as having had a “closely collaborative relationship with the CIA” that included submitting articles to the agency for editing prior to publication while working for Tribune, went to work beating the Russiagate drums on Monday, trying to pin the agent’s fate on Trump - and in the process blew Smolenkov’s cover.

Brennan, former US President Barack Obama’s CIA director, touted the validity of this source to Obama and to the Director of National Intelligence, James Clapper, the latter of whom now works as a national security analyst at CNN. Brennan reportedly hand-delivered reports from Smolenkov to Obama, bypassing key agency intelligence vetting functions - an action he claimed was to protect the identity of its source.

In turn, Obama increasingly demanded Brennan bring him information from Smolenkov about Putin’s intentions with regards to various questions, including the election - information Smolenkov didn’t have.

“He wanted to please John Brennan, so he just made it up,” Kiriakou, a former CIA agent-turned-whistleblower, noted. “That happens all the time, and this is a problem with a lack of vetting of high-ranking sources at the CIA. They never polygraphed the guy, they never engaged him in what’s called ‘operational testing,’ they just took his word for it - the same way they took the word of the source known as ‘Curveball’ during the second Iraq war.”

In turn, Clapper’s January 6, 2017, report to Obama that the president soon declassified for the public made specific claim to being privy to Putin’s private deliberations - something that by itself exposed the possibility of a mole in Putin’s inner circle to the world, endangering Smolenkov far more than anything Trump did or did not say in subsequent meetings with Russian officials as president, all the more so since Smolenkov was not the highly-placed man Obama or Trump believed him to be.

"Nobody revealed any state secrets during that conversation or even non-state ones,” Russian Foreign Minister Sergei Lavrov noted Tuesday. “This, by the way, was confirmed by then-national security adviser Herbert McMaster, who was present at the meeting. Other people who are at least a little familiar with what was discussed then can also confirm this.”

Maté noted that, if Smolenkov had the high-level access Brennan claimed, he should have been able to warn the Obama administration about several events that caught them completely off-guard, such as the Russian annexation of Crimea or its entry into the Syrian Civil War on Damascus’ side.

“We have seen a pattern where, to get ahead of stories that can be damning towards the intelligence officials who gave us this Russiagate disaster, we’ve seen leaks come out beforehand in an attempt to sort of mitigate the impact, and, you know, that very much fits the pattern here,” Maté told Sputnik, noting the CNN and NYT stories contradicted each other at several points. “That looked to me like an attempt to pin something on Trump, an attempt to make the CIA look good in advance of what could be more damaging information.”

“We are expecting the Justice Department Inspector General’s report coming out soon, so this could be coming out in advance of that,” Maté noted.

“It’s important to stress a few things: first of all, this story raises new questions about the intelligence that was used to justify this whole Russiagate thing, because by all accounts, this source in the Kremlin was critical for the assessment by the intelligence community - basically a process controlled by John Brennan - that Russia launched this massive interference campaign to elect Donald Trump. Well, if this source was so critical, then that’s new reason to doubt John Brennan’s assessment - all the more so since the source, apparently, didn’t have the high-level contacts that [Brennan] claimed,” Maté said.

“And also, we know already that when the House Republicans looked at this, when they did a review of the intelligence process, they found that on this question of Putin’s intentions to elect Trump, that the CIA’s analysis suffered from ‘significant [intelligence] tradecraft failings,’” Maté noted. “We haven’t known up until this point exactly why they said that; I’m guessing here that they were looking at the credentials and the merits of this source that we now know about.”

Russiagate Hoax Unravels: The “Russian” Spy Was Actually a US Asset