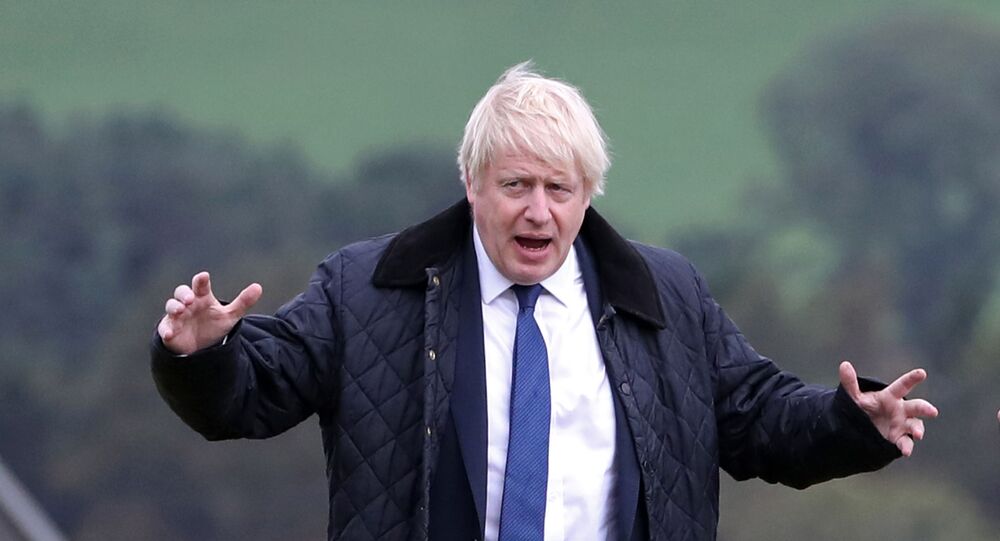 The upper chamber of the UK parliament, the House of Lords, on Friday approved a bill that would force Prime Minister Boris Johnson to ask the European Union for a Brexit deadline delay. Anshu Srivastava, a member of The Full Brexit group, has weighed up the UK government's options to break the Brexit deadlock.

Sputnik: How can the House of Lords decision impact the current situation with Brexit? What options does Britain have now?

Anshu Srivastava: The Full Brexit is a network of activists, academics, journalists and policy experts, all on the broad political left, committed to seizing the historic opportunity that Brexit offered for restoring popular sovereignty, repairing democracy and renewing the UK economy; aligned with a genuine left internationalism.

The hope that a Corbyn-led Labour party would respect the 2016 referendum and make good on his historic euro-scepticism has progressively receded over the past three years and now Labour is effectively a party of Remain.

The bill that was just passed by the House of Lords and that should become UK law on Monday (I say should, as we are in uncharted constitutional waters), effectively instructs the Johnson government, against its own wishes, to return to Brussels and ask for a further extension to Article 50, so that the deadline for leaving the EU is pushed out to a time in the future, yet to be decided.

This leaves the Johnson administration with very few options, especially as it is now a minority government. The prime minister wants an election before the end of October, but due to the Fixed Term Parliaments Act (FTPA), he cannot get an election without two-thirds of MPs voting for one. This is unlikely to happen as the opposition parties are in the process of agreeing that any election should only take place once the extension to Article 50 has been confirmed by the EU.

Apart from some very complicated legal mechanisms that are being pored over by constitutional lawyers, the other main options available to Johnson are that he either defies the law and refuses to ask for a delay or he calls a vote of no confidence in himself and resigns before the EU summit scheduled for 17th/18th October, blaming his enemies in parliament and making a direct appeal to the electorate in advance of a general election that will take place some time soon. The question is whether the Conservative Party will be able to withstand the fall out of such a course of action.

Sputnik: Boris Johnson has repeatedly stated that he is determined to leave the EU by 31 October, with or without a deal. How successful is this rhetoric in the current situation?

Anshu Srivastava: It’s still too early to say. This rhetoric is designed to win support from leavers whenever the general election takes place. The Conservatives believe it is vital to wrest these leave voters away from other parties, especially the Brexit Party. This position might appear as if it is ‘failing’ at the moment but could deliver a victory for Johnson when the country returns to the polls.

Sputnik: What situation may we face in the next Britain’s general election?

Anshu Srivastava: As Theresa May found out in 2017, the British public are interested in more than just Brexit and so it may prove again next time. In many ways, the referendum result in 2016 was due to a crisis of trust between the electorate and the political class in London, and this problem has only deepened over the past three years. The country is profoundly divided and so it is highly likely, especially given our current electoral system, that the election will return a hung parliament which will continue to argue over our future relationship with the EU. One might say we are just arriving at the end of the beginning of the Brexit story. Whilst this period of instability continues, the Full Brexit will continue to advocate for a new political settlement, widening the space for democratic debate and injecting new left-wing ideas into the British and European arena.