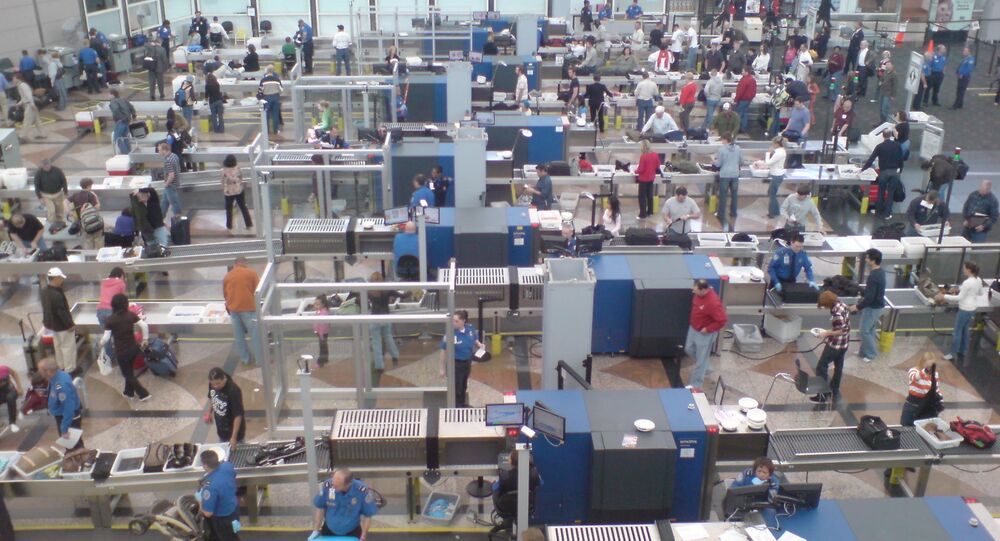 Dave Lindorff, an investigative reporter, columnist for CounterPunch and founder of ThisCantBeHappening.net, who recently learned that he was on the Terrorist Screening Database, described his experiences with being placed on the list to Radio Sputnik’s Loud & Clear.

“It’s a really good question,” as to why he was on the list, Lindorff told hosts John Kiriakou and Brian Becker.

“I’m not a terrorist. I don’t know any terrorist. I haven’t even interviewed any terrorists, and I haven’t donated any money to any terrorist organizations,” Lindorff said. “I’m not related to anybody [who is a terrorist]. I’m a 70-year-old guy, journalist, with a national reputation. That’s what I do, and I have to conclude that the reason I’m on the list is because of what I do: I write critical articles about the government.”

“I learned I was on it in March and again July 1st, when I flew from Europe back to the US - both times [through London’s] Heathrow Airport. Both times, I was told by the people there that I was on a DHS [US Department of Homeland Security] watchlist, which was confirmed, by the way, by a person in the press office at the DHS,” Lindorff explained, also noting that there is a separate No Fly List, which just like the federal terrorism watchlist, is managed by the FBI.

“The No Fly List is of uncertain length but … maybe [has] around 100,000 people and is growing - and has been growing through the Obama administration, by the way. Then there’s this much longer list, maybe over 1 million, according to the [New York] Times, which just had an article about the judge's ruling, and that list is … the terror watch selectee list, and it’s supposed to [list] people who have some connection, maybe second or third-hand, to somebody who might be a terrorist. That's the list I'm on, which is ridiculous,” Lindorff explained.

“But what’s bad about it is, aside from the fact that you’re unable to get a boarding pass online - which is a real obstacle when you’re flying - you get called to a special gate inspection in a room with two steel tables and two security guards who go through your bags and check your hands and your bags for explosives. They can do more. That was what I was subjected to both times,” Lindorff added.

On Wednesday, however, US District Judge Anthony J. Trenga ruled in favor of 23 Muslim Americans who sued with the help Council on American-Islamic Relations in 2016 after being placed on the watch list, agreeing with the plaintiffs that they were placed on the list without their knowledge and without a clear reason. He also noted that harmless people could be added to the watch list.

“There is no evidence, or contention, that any of these plaintiffs satisfy the definition of a ‘known terrorist,’” Trenga wrote in the ruling.

“An individual’s placement into the [watch list] does not require any evidence that the person engaged in criminal activity, committed a crime, or will commit a crime in the future,” the judge added.

“One was that the list itself, the compiling of the list, was constitutionally vague, and the second thing he found unconstitutional is that there was no credible way offered for getting off the list. The way you get on the list is that any federal agency can ‘nominate’ you to be on the list,” Lindorff explained.