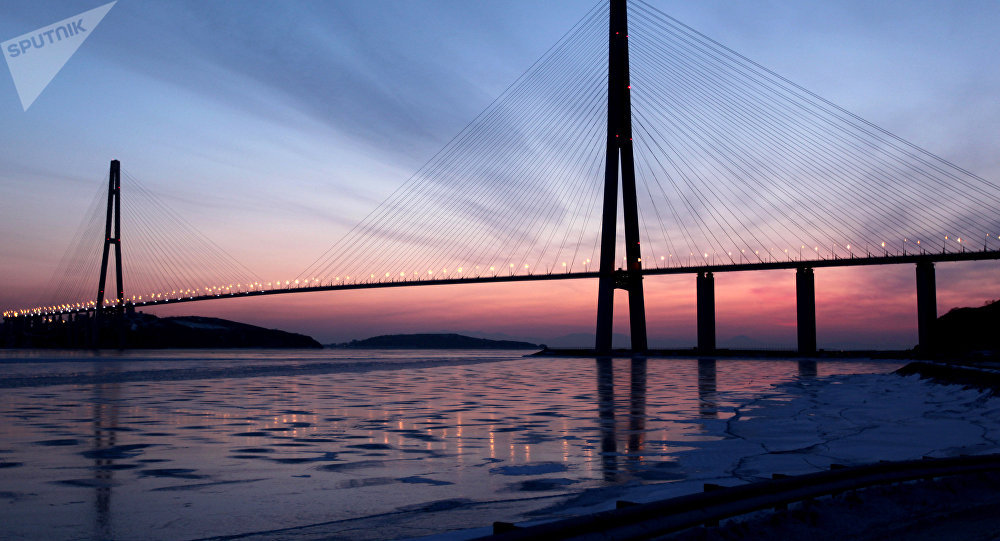 The annual Eastern Economic Forum (EEF), which has been held since September 2015 to attract investments for the development of the Far East and to enlarge trade with Russia's Asian neighbours, kicked off on 4 September in Vladivostok.

The fifth Eastern Economic Forum (EEF) has coincided with emerging concerns of a looming global recession and the US-driven Sino-American trade war that has been raging on since March 2018.

According to the American scholar, Russia needs to maintain a strategic autonomy to balance between China and the United States, while "being a constructive player in the emerging multipolar environment". "Overreliance on one or the other I think is bad for Russia", he warns.

Graham believes that "the world is safer when you have a number of large powers that don’t hustle one another but act as balances on the excessive behaviour and excessive ambitions of one or the other power".

"I think that’s the world in which the United States can survive quite well; I think that’s also true for China and for Russia", he notes.

​The scholar observes that Washington's unipolar domination is over and that the US "will have to deal with the multipolar world".

"Part of the discussion in the United States is what should be the role of the United States in the world; that’s not a unipolar world, a world that the United States does not dominate the way it theoretically could have in the early years after the breakup of the Soviet Union. We will eventually figure out how to do this", he says.

The scholar takes a walk down the memory lane to explain why "operating in a multipolar world is really alien to the experience of most Americans and the American foreign policy establishment".

"From the time when we emerged as a major power in the 19th century, the United States tended to be isolated from the challenges the rest of the world [had]; that in fact was a foundation of our success. And after the Second World War we engaged in the bipolar world with the Soviet Union and in a world without a significant counter balance until quite recently", he elaborates.

Graham deems that the Trump administration's economic pressure on China is justified, referring to the Sino-American trade war that has been going on since March 2018. At the same time, he castigated Washington for using the same tough tariff approach towards the US' European and East Asian allies that could ruin Washington's ability to challenge Beijing.

"Some of the things that President Trump has done now in levying tariffs against our European partners, the Japanese and so forth have undermined the common front that would be beneficial for the United States to have at this point", the scholar says.

The US and China have been involved in a tariff row since March 2018, when the Trump administration introduced high import taxes on steel and aluminium that struck both American economic rivals and longstanding allies.

The trade war between Washington and Beijing has already backfired on US manufacturers and farmers. The recent 15% trade penalty on $300 billion worth of Chinese goods that came into force on 1 September hit US stocks, with the Dow Jones Industrial Average falling by 285.26 points, the S&P 500 declining by 20.19 points, and the Nasdaq Composite plummeting by 88.72 points

The Eastern Economic Forum (EEF) is an international forum aimed at giving a boost to the development of Russia's Far East region. The event has taken place annually since 2015 at the Far Eastern Federal University (FEFU) in Vladivostok. Initially, the FEFU campus was built in 2012 to host the APEC Summit. Soon, the university became the central platform for scientific and business communication between Russian and foreign specialists in the Asia-Pacific. Over 40 legislative initiatives aimed at developing the social and economic infrastructure of the region have been passed since 2015, with 20 advanced economic zones and five free ports being established in the Far East.