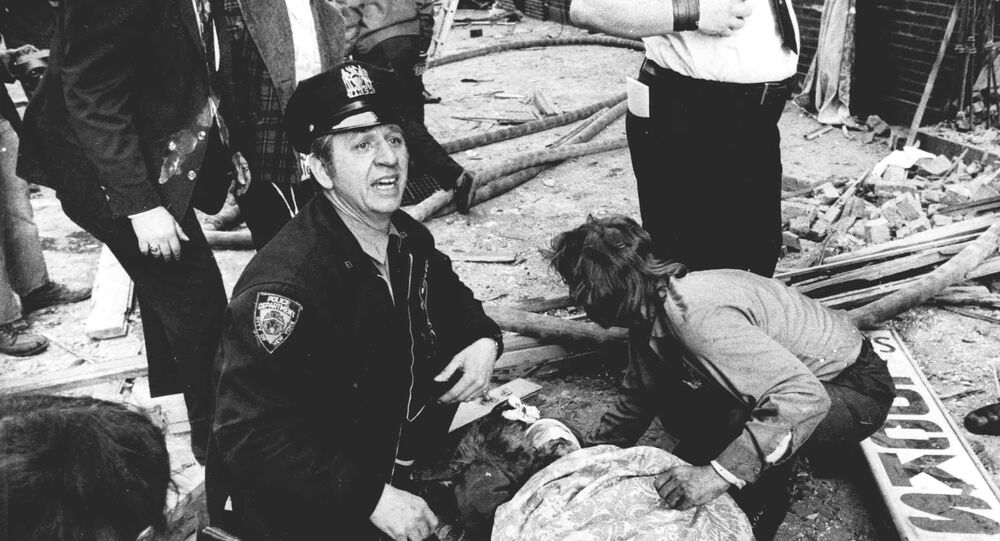 In the 1970s a guerilla group, the Fuerzas Armadas de Liberación Nacional (FALN), planted bombs in several US cities. It sought independence for Puerto Rico, an island in the Caribbean which is effectively a colony of the United States.

Joseph Connor was nine in 1975 when his father, Frank, a banker with JP Morgan in New York, was killed by a bomb planted in the Fraunces Tavern, in the heart of the Wall Street financial district, by the Puerto Rican nationalist FALN.

Nobody has ever been convicted of planting the bomb, which killed four people, but several members of the FALN were later jailed for their role in the bombing campaign.

Mr Connor has spent years campaigning for radicals jailed for bombing in the 1970s to serve their full sentences and to remind Americans that terrorism did not begin in the US with 9/11. 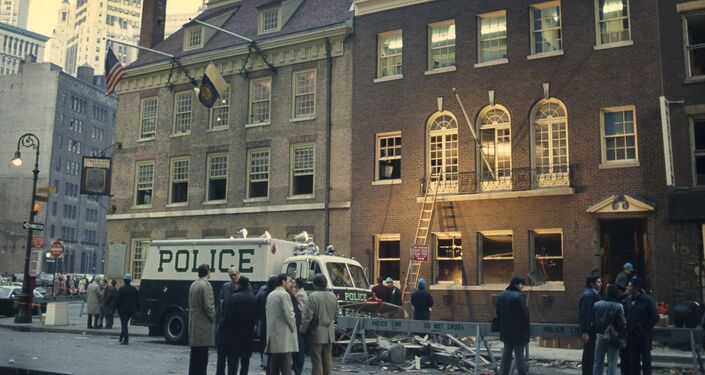 Several FALN bombers were given clemency by President Bill Clinton in 1999, as he was about to leave the White House, and others were let out by Barack Obama in his last days in office.

Mr Connor feels particularly betrayed by the 1999 offer of clemency made by President Clinton just as his wife Hillary prepared a run for Senate in New York, a state with a large Puerto Rican community.

He said: “When Hillary Clinton was running for Senate in New York she was a carpetbagger and was looking for a connection. They made promises and made a deal with the Hispanic leaders to give clemency to these terrorists in exchange for a block of votes.”

In 99, I testified at Senate Jud Cmtte vs the Clintons' clemency to FALN terrorists who murdered my dad. An FBI agent said, "Don't be nervous about the terrorists, they won't touch you."

Then the chlling line, "I'd be nervous about the Clintons." https://t.co/yBgBrK5jbf

Several FALN bombers were given clemency by President Clinton in August 1999. The offer was made on condition they renounced violence.

Most agreed but Oscar Lopez Rivera refused. Lopez, who was sentenced to 55 years in prison in 1981 - and was later given 15 years on top after trying to escape - was released in 2017 after President Obama commuted the remainder of his term.

On this day in 1999, 11 Puerto Rican political prisoners were granted conditional clemency by President Bill Clinton. This conditional clemency required that the 11 members of the Armed Forces of National Liberation (FALN) renounce the use of violence. pic.twitter.com/wQ9m6yb3cH

​Mr Connor said Lopez has never shown any remorse for his actions and has never renounced violence.

One of the most notorious FALN bombers - Willie Morales - is living in exile in Cuba, along with another Puerto Rican, Victor Gerena, and one of the most famous African-American terrorists of the 1970s, Joanne Chesimard.

One of the key members of the FALN was Willie Morales, pictured with Joanne Chesimard aka Assata Shakur, of the Black Liberation Army. Both are still living in exile in Cuba. pic.twitter.com/8x2SxHF8RB

​Chesimard, who changed her name to Assata Shakur, was one of the leaders of the Black Liberation Army (BLA) and in 1977 was convicted of murdering New Jersey state trooper Werner Foerster and jailed for life.

But in 1979 she was sprung from prison and made her way to Cuba, where she has lived ever since.

Mr Connor said: “Obama actually removed Cuba from the list of state sponsors of terrorism but they are harbouring three convicted terrorists.”

He added: “These people should serve their sentences and I have never said they should serve more than that. Just because time has moved on why should they be free? There was a reason why they got those sentences. None of them ever denied it. They were proud. Now they will sometimes play it down or try to disassociate themselves from their crimes but that’s just bull****. Time does not bring back my father. These were bad, bad people.”

In January 1975 a bomb planted by the Puerto Rican FALN exploded at the Fraunces Tavern in New York killing four people, one of whom was Frank Connor (pictured with his son Joseph) pic.twitter.com/J2EFvbXHbP

He said: “My ninth birthday was a few days earlier and we were going to celebrate it on the Friday. We lived in New Jersey and my dad was going to come home early from work in the city. My mum used to make a pretty good lasagne. She was at home when she heard on the radio that there had been an explosion.”

Mr Connor continued: “She rang my dad’s office and when a man answered she said ‘Frank, thank god you’re OK.’ The man said he wasn’t Frank and she said ‘He was there wasn’t he?’ She had been having premonitions around Christmas time and she knew he was in the explosion. My brother and I came home and went out to play. She didn’t know what had happened. There was no communication. But eventually she told us to come home and that was when we heard there was a bomb and he was there. I was a little kid and I thought he couldn’t be hurt. I thought my dad was indestructible.”

He said the device in the Fraunces Tavern was a “powerful anti-personnel bomb” which was designed for mass murder.

This is who Lopez and the FALN really are. And don't let Lopez claim he was innocent. Here are his mugshot and photos immediately outside the Fraunces Tavern bombing where my father was murdered.https://t.co/60LiL7B5St pic.twitter.com/FkZlEVxyoZ

​Mr Connor, who has written a book about the aftermath of the bomb and is turning it into a documentary, said: “It was a savage attack. You can imagine what that did to our family. My idyllic childhood was taken away from me for no reason.”

Years later Mr Connor witnessed the attack on the World Trade Center on 9/11, in which he lost a cousin.

He said: “9/11 was such a momentous event that people forget what happened before it. The FALN was attacking the US for a long time, in fact the World Trade Center was evacuated in 1978 due to an FALN threat. People have short memories. We didn’t go to war against the FALN like we did against al-Qaeda but they considered they were at war with us. The FALN planted 130 bombs. They were the most prolific terrorist organisation in American history.”

Trump is providing all the evidence necessary for Puerto Rico independence.

​Puerto Rico has recently been hit by political and financial turmoil, with the Governor, Ricardo Rosselló, forced to resign last month.

Mr Connor said there were concerns of the emergence of a new FALN which might restart a violent struggle against the US.

“There is a fear of a new generation coming along and starting it up again,” Mr Connor said.

This was Puerto Rico's monetary system as an independent nation before the so called "Spanish American War" in 1898. Puerto Rico was granted its independence 2 years before "the war" by Spain. pic.twitter.com/6CHyVDkXCy

​The views and opinions expressed in this article are solely those of the speaker and do not necessarily reflect Sputnik's position.