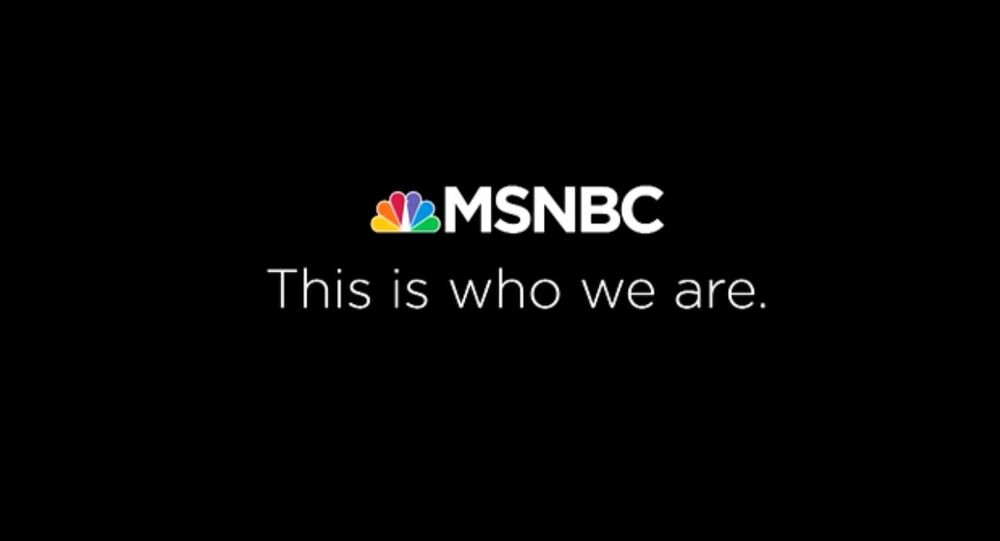 MSNBC’s Lawrence O’Donnell is the latest news personality to succumb to the reductive practices of conspiracy theory-based news reporting. Though he has since taken accountability for the shoddy “scoop,” it’s just one example of the degradation of mainstream media through the “othering” of groups and reports focused more on innuendo than fact.

O’Donnell let the Russiagate narrative get ahead of ethics earlier this week and was forced to issue a retraction after using his platform to broadcast information obtained from a single, unvetted source who claimed US President Doanld Trump’s Deutsche Bank records included a loan agreement co-signed by unnamed Russian oligarchs.

Shortly after his unfounded assertions and pointed rhetoric, Charles Harder, one of Trump’s lawyers, contacted NBC Universal and demanded the “Last Word” host walk back his comments.

“I’m no fan of Trump, but MSNBC would rather weave conspiracies than talk about his actual crimes, and that’s what Lawrence O’Donnell has done here,” Camp told host Brian Becker and John Kiriakou.

Camp also highlighted the weight and hypocrisy the title “oligarch,” given its sinister overtone, carries within the host’s narrative.

“Billionaire wealthy elites: in Russia they’re called oligarchs, in America they’re called entrepreneurs and titans of industry,” Camp said. “A large Princeton study in 2014 showed that the American people have zero impact on American government decisions unless it aligns with corporate interests - which is the definition of an oligarchy.”

Through multivariate analysis in the aforementioned study, “Testing Theories of American Politics: Elites, Interest Groups, and Average Citizens,” Princeton University Professor Martin Gilens and Northwestern University Professor Benjamin Page concluded that the US cannot be considered a true democracy because wealthy elites and “organized groups representing business interests” have major impacts on US government policy, while the average voter is lucky to make the slightest impact.

“Even when fairly large majorities of Americans favor policy change, they generally do not get it,” the 2014 research report revealed.

“Let’s not forget a lot of the basis for the Russiagate story was that … these Facebook ads had some sort of impact on the American people, when most were not seen before the [2016 presidential] election and most were only [promoted] with a small amount of money,” Camp noted.

“Let’s assume he got it right - there was a Russian co-signer. That hardly seems to matter. I mean, we are a country part-owned by other countries. Saudi Arabia and Israel own our politicians. The United Arab Emirates own parking meters in Chicago, pig farms in North Carolina are owned by China, Apple is headquartered in [the Channel Island] of Jersey, the first lady is Slovenian - we were sold for parts long ago,” the “Redacted Tonight” host asserted with a chuckle. “Donald Trump signing a loan is the least of our worries.”

“Evidence-free, invented scandals designed to create fear outside MSNBC are called ‘conspiracy theories.’ On MSNBC they’re ‘informed analysis,’” he contended, further emphasizing the structure behind the network’s rhetorical othering of those purported to be the enemy.

“Many things are different on MSNBC, such as war profiteer commentators like Bill Kristol that they go to for advice. Outside of MSNBC that’s an evil villain. On MSNBC that’s just a paid contributor.”

Camp acknowledged that this particular left-leaning news channel is not alone in how it approaches stories, because right-wing TV outlet “Fox News has their own conspiracies they cook up, such as, you know, that climate change is a hoax.”

Earlier this month, Pete Hegseth, a co-host on the channel’s “Fox and Friends” show, claimed that climate change was the “religion” of liberals before going on to seemingly admonish public and private schools alike for teaching students about environmental science rather than Islam.

“They need something so the average person is not pointing the finger at the billionaires and multi-multi-millionaires that run the system and have extracted all of the wealth,” Camp said.

He went on to conclude that through this framing of issues, conspiracy theorists with news platforms can say, “The problem is not the fact that we, the ruling elite, have completely extracted everything out of your lives and the environment is collapsing - that’s not the problem. The problem is Russian agents.”