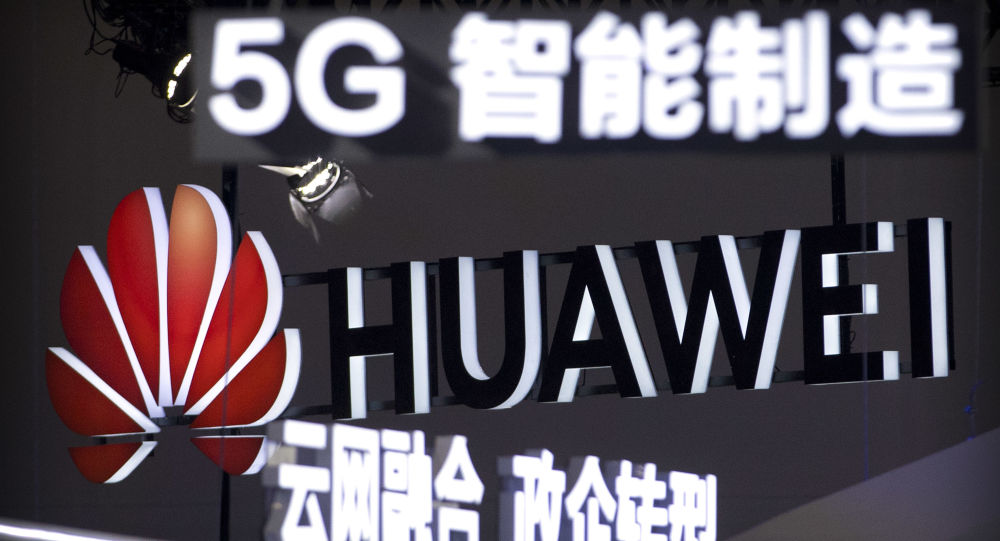 'US Creating Alternative 5G Network, is a Pipe-Dream' - Professor

On 19 August, the US Commerce Department added 46 Huawei affiliates to its economic blacklist and confirmed that it would extend the temporary general license that authorizes Huawei and its non-affiliates to buy supplies from US companies, for an additional 90 days.

Professor Peter Williamson, University of Cambridge Judge Business School, UK has commented on the US-Huawei situation, the prospects for the US to create an alternative 5G high-speed communication network, and US Commerce Department's refusal to approve any applications.

Sputnik: More than 130 US companies have reportedly applied to sell products to Huawei. In your opinion, what's behind the mass applications by American companies to continue doing business with Huawei?

Peter Williamson: It's not surprising that 130 US companies have applied to sell products to Huawei because these companies will be hurt if they lose Huawei as a customer. It's estimated Huawei bought over USD 11 billion from US suppliers last year, so to lose that would leave a large hole in their revenues.

It also reflects the fact that the telecommunications equipment and smartphone supply chains have grown to become a highly integrated, global network. Companies in these supply chains of all nationalities buy and sell from each other. They also cross-license specialist technologies from each other, that they need to support their products. They simply don't have all the technologies they need in-house.

Since Huawei signed its first patent licence agreement in 2001, Huawei has paid USD 6 billion in royalties, and almost 80% of this went to US companies. It's also worth noting that some of these US companies also depend on Huawei's own technology to make their products. Huawei has received over USD 1.4 billion overseas licensing revenue on its own patents since 2015 — indicating that other companies in the system depend on it as well.

Sputnik: Could this somehow affect US rhetoric towards Huawei? Could you explain your position, please?

Peter Williamson: I can only imagine that these 130 US companies are saying to the US Trump administration that black-listing Huawei is harming our businesses. Whether the Administration is listening is another question. Its all down to politics. It's no accident that the Trump administration decided to postpone the imposition of a new round of tariffs on Chinese goods until December, so US consumers didn't face higher prices at Christmas. The problem for Huawei is that most of its business is B2B (business to business) and its sales in the US are modest, so consumers don't see the effects directly.

Sputnik: During the last G20 summit, Donald Trump assured Chinese President Xi Jinping that he would allow some American companies to sell products to Huawei. The US Commerce Department, however, has so far not approved any of the 130 US applications, what do you make of this?

Peter Williamson: The fact that the US Commerce Department hasn't approved any applications after the agreement between Trump and Xi is baffling, and I am sure the 130 companies are complaining about the uncertainty. I suspect the problem is that they haven't been given clear instructions and are struggling to know what to do, given the mixed messages of a sudden policy change coming from the White House. The bureaucrats in the Department of Commerce also tend to be conservative — they don't want to be blamed for making mistakes.

Sputnik: How do you assess the prospects for the US to create an alternative 5G high-speed communication network?

Peter Williamson: There has been talk of the US creating an alternative 5G high-speed communications network, but I believe this is a pipe-dream for two reasons. First, the US doesn't actually have a full-service company that makes the equipment necessary to run a mobile telecommunications network any longer.

Only Ericsson, Nokia and Huawei have the full range of required capabilities. Second, the "milli-wave" (millimetre wave) high-frequency technology that some in the US have talked about as an alternative to 5G networks is unproven. No one knows how it would be in densely populated indoor and outdoor environments. We do know, however, that it would require massively more base stations and has real problems reliably transmitting through obstacles like walls.

Sputnik: Secretary of Commerce Wilbur Ross said the Commerce Department would begin accepting applications again; requiring companies to prove that the tech they sell to Huawei does not pose a national security risk. In your view, how likely is it that the absence of any of national security risks can be proven to US authorities?

Peter Williamson: This test for allowing companies to sell Huawei sounds reasonable in theory. But it is very difficult to prove a negative — that the sale does not pose a national security risk. How does one rule out every possibility of a risk? So I believe that at the end of the day, the decisions will come down to politics and the course of the US-China trade war, rather than hard analysis.

The views expressed in this article are solely those of Peter Williamson and do not necessarily reflect the official position of Sputnik.