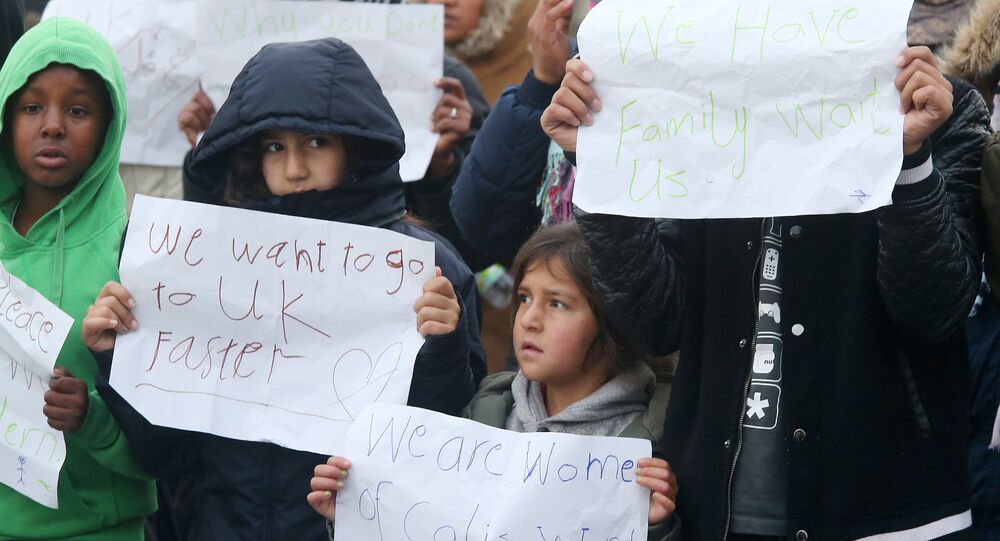 UK Prime Minister Boris Johnson has said that Britain will send back migrants seeking to cross the English Channel illegally from France. Philip Ingram, a former senior British intelligence and security officer, has commented on the statement.

Sputnik: UK Prime Minister Boris Johnson has warned migrants trying to cross the channel in boats that Britain will send them back to Europe. How do you assess the newly-elected prime minister's statement, as reports show that the number of migrants crossing the channel this year surpassed 1,000 people?

Philip Ingram: I assess the new prime minister's statement as a carefully balanced and robust statement aimed at discouraging migrants from attempting what is an exceptionally dangerous crossing, as the groups of organised criminals who are exploiting the migrants desire to get to the UK but don't care about their safety - and finally to the French and EU authorities, with whom Boris Johnson is in negotiation over the Brexit deal.

Sputnik: How legally justified are such actions while the UK is still a member of the EU? What will change after Brexit?

Philip Ingram: The actions are completely legally justified as the migrants should have sought asylum in the first safe state they arrived in under international law. However, once they get into the Schengen Area with temporary papers they can move freely. The UK has never been part of the Schengen Agreement so there have always been border controls.

Sputnik: What changes do you expect in the perception of immigration under Johnson?

Philip Ingram: With regard to the perception of immigration, I think Boris Johnson will give the impression of being hard on the outside, immigration was a major point in the Brexit referendum; however, he will recognise the importance to some industries of workers from overseas and will ensure they can be recruited. He has already said that the status for all EU citizens living in the UK on Brexit day will not change.