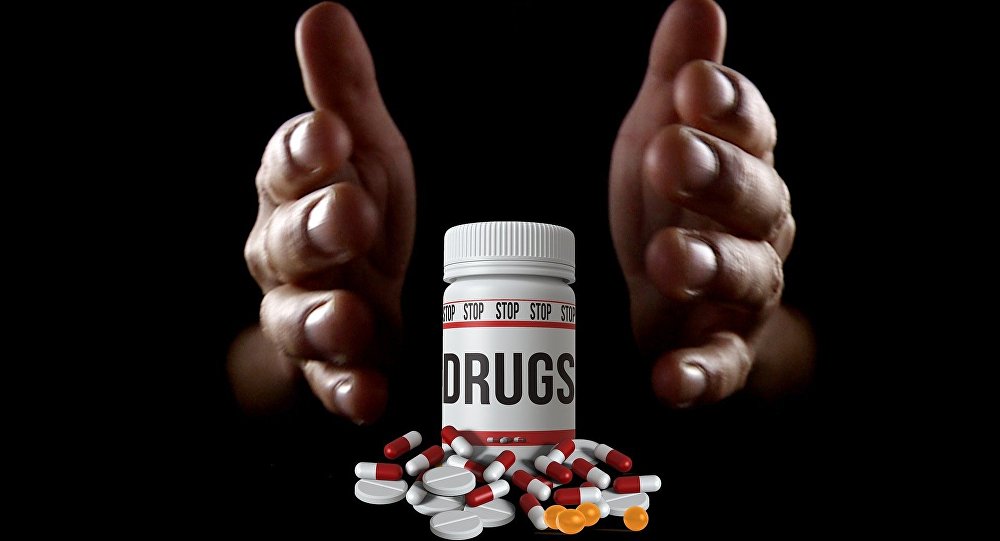 Around 2 million elderly people in the UK are on at least seven different medications and are at risk of potentially life-threatening harm from interactions between the drugs or side-effects from pills that are no longer right for them, according to a report released by Age UK.

Dr Henry Woodford, Chair of the Drugs and Prescribing Special Interest Group at the British Geriatrics Society, says that overmedication among elderly people in the UK has probably gone too far.

SPUTNIK: So the report came out today from Age UK, saying that about 2 million elderly people in the UK could be at risk of overmedication, could you maybe explain the results of this report?

Henry Woodford: So it's really a summary of the data that's showing that more and more people, increasingly over time, are taking lots of medications, because we're living to older ages, and accumulating a number of diagnoses over those years. And along with more diagnoses goes more tablets, generally speaking. This is something that affects older people more than younger people, partly because they simply live longer and had more time to accumulate these diagnoses.

We're now starting to recognise that these combinations and tablets in some situations may not be a good idea. Every tablet can have side effects as well as beneficial effects. And it's trying to get this balance right. It looks like in some cases, we've probably gone too far in that the overall sum of harms outweighs the benefits an individual can get from the medication.

SPUTNIK: What goes into finding the right balance with these patients, because they all must have very different needs?

Henry Woodford: Absolutely. And that's why it's not a simple black and white thing. It's something that's going to vary from one person to the next. Some people's goals will be different to other people's goals. And people react differently to medicines. So the side effects one person gets from the tablet may not be experienced by another person. And with a different combination of diagnoses; people have different combinations of tablets. So it makes it quite complex.

I think that's part of the reason why this problem has occurred. It's a difficult situation that will be very much based on individual needs, and individual preferences and own goals.

SPUTNIK: Okay, and you mentioned combinations of pills. When you are on multiple prescriptions, it must be a real cocktail of things that you're taking. When these drugs are tested, how much consideration is put in what says these drugs will have alongside other medications?

Henry Woodford: Well, again, that's difficult, a lot of trials are done in a younger population than the actual people who are taking the meds. So typically, the average age of people in clinical trials would be somewhere around 60, or 65. Whereas most of the tablets are taken by people that are older than that, you know, the oldest people most likely to be taking them.

Although trials try and look at some combinations of tablets, they can't possibly look at the more complex ratio regimes and older people. Older people tend to be excluded from trials for a variety of reasons. And it's partly because of that combination of co-morbidities. People who are looking to test the drug for a particular condition, really want the 'ideal patient': the person only has to see exactly what the effect of the drug has for that condition. So people who have lots of conditions tend to be excluded.

SPUTNIK: Okay. And in the report they spoke about non-drug approved is to treatment, what's your opinion on things increased exercise or music therapy or massage? How do those affect the wellbeing of older people?

Henry Woodford: It's something where I think the evidence base has trailed behind things like the medical evidence base for drugs, partly for a financial thing, you know, there's no one there set to make a fortune out of exercise. Whereas a blockbuster drug could make a company billions.

I think it's something we need to grow the evidence base for but increasingly people are recognising that things like a healthier diet, exercise and weight control can control blood pressure. Just as well as blood pressure medications have the side effects of tablets. So part of it is improving non-drug approaches. But clearly that can't solve all of the health problems that people have, it's going to need to be in combination with perhaps a more thought out and perhaps a smaller overall number of drugs backed up by non-drug approaches.

SPUTNIK: And Age UK, they've said they would like the government to take more of an account of the harmful effects overprescribing drugs has on older people, what measures do you think the government could take?

Henry Woodford: I think part of it is raising awareness. Part of it is appreciating that it there's a need and giving it similar value to prescribing. Part of it is going to be a resource issue. So at the moment, government targets might do things like reward GP practices for testing the blood pressure and prescribing drugs as appropriate. So far, there's not that same incentive for deprescribing.

Views and opinions, expressed in the article are those of Henry Woodford and do not necessarily reflect those of Sputnik.