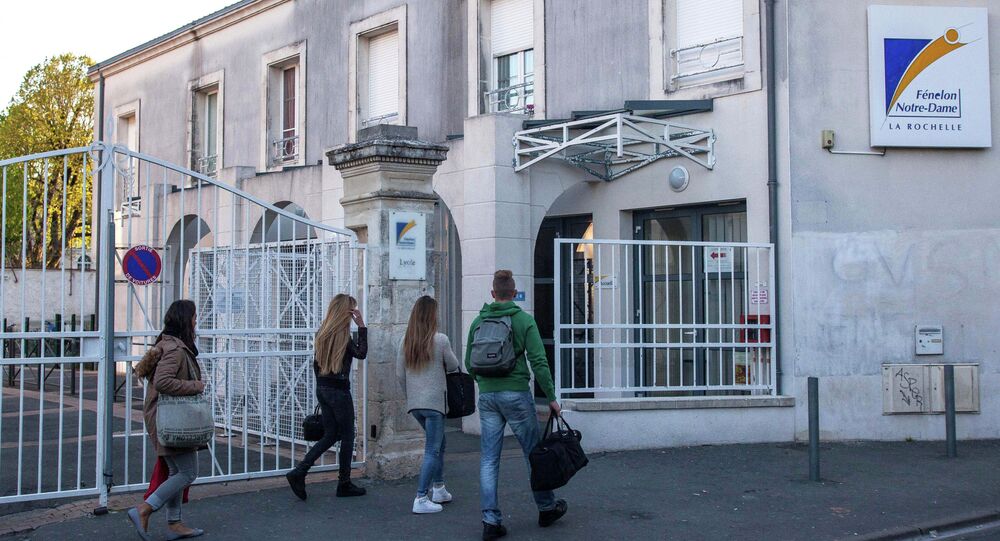 'Welcome to France': If You Can Afford It

With the start of the new academic year in France next month the annual tuition fee for non-European students in public universities will be 16 times higher than the previous year.

Some argue that this price hike will make France less attractive for overseas students and undermine the familiar model of cooperation with developing Francophone countries.

In the fall of 2018, Prime Minister Edouard Philippe presented the new “Welcome to France” plan for international students. The programme is designed to attract a greater number of foreign students (500,000 by 2027 compared to the 320,000 at present). But in fact, the opposite is happening in universities - just before the start of the 2019 academic year, the number of people wishing to study at French universities decreased by 30 to 50%. New enrollment fees have discouraged many applicants from abroad who have already been accepted to come study in France.

From now on, non-European students will have to pay 2,770 euros annually for an undergraduate degree up from 170 euros and 3,770 euros for a master's as opposed to 243 euros in the past. This is 16 times more than the amount paid by students from France and European countries.

“I am already studying in France, so this reform does not affect me”, Salah-Eddine, a student from Algeria doing a master's at the University of Lille said. “If the enrollment fee went up when I was applying then, most likely, I wouldn't have been able to come. Life in France is already very expensive and if I were to pay a few thousand euros in university enrollment fees, I don’t think I would be studying in France”, he added.

Zeynep from Turkey, who's also a former student at École Normale Supérieure-PSL, a graduate school in Paris, had to stop her studies in France:

“For me, the increase of enrollment fees was the tipping point. My experience as a student has been very negative in France. The fact that I would have to pay a lot more for my education has put an end to my studies in a French university. This is the main reason why I decided to leave”.

Zeynep was fortunate enough to have completed a course of study before leaving France. But this is not the case for students abroad who wanted to begin their studies in September 2019, like for Guedy Ehntoni-Ehouloung, a student from Congo:

“I submitted three applications to Campus France and was accepted to the University of Aix-en-Provence. But I didn't have the means to pay these new fees. Especially when you take into account housing prices and the cost of living. I had to give up the idea of coming to France and went to Dakar where I’m studying now”.

There are doubts about the appropriateness of increasing tuition fees not only among students, but also among the management of universities. Many of them believe that France's public higher education institutions will no longer be able to attract foreign students. “Indeed, at this price, many students will go study in private schools”, Fabien Desage, an associate professor at the University of Lille, said.

“Foreign students will do their studies at a private, more prestigious university, after which they will receive a diploma that is more valued in the labour market. The University of Lille is not Harvard. We will become less attractive. The fact that tuition fees are low is what makes us attractive”.

For his part, Prime Minister Edouard Philippe justified the price hike by the need to attract the best students to improve the quality of education and educational institutions.

According to him, “a sort of a revolution is needed so that our attractiveness is based not so much on practically free education but on a real choice, on a real pursuit of excellence”.

“I was lucky twice: I was accepted to do a  bachelors degree at the University of Paris XIII, in Saint-Denis-Viltanez-Bobigny and I was exempt from tuition fees. But here in Mauritania, not everyone is so lucky”.