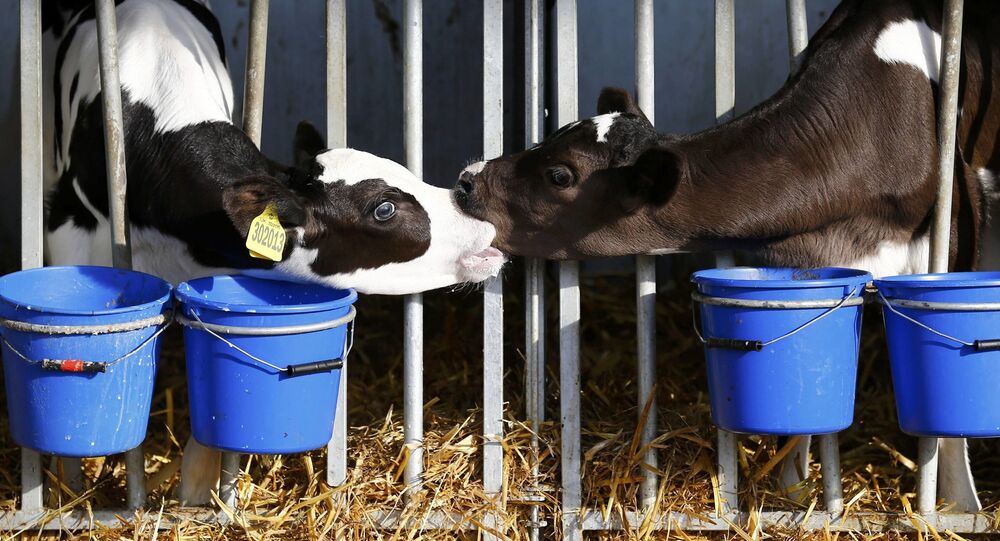 Claire Taylor, Political Affairs Journalist for the publication "The Scottish Farmer" spoke on the impact a no-deal Brexit could have on the UK’s agriculture industry.

Sputnik: Can you tell me your reaction to the figures released today?

Claire Taylor: Well there's a lot of negative headlines going around at the moment. I mean, it was only last week we had a report out by a  former chief economist called Dr Sean Rickard where he was predicting that in a no-deal outcome we could see 50% of our Farming businesses close up shop.

Now obviously, those are terrifying figures and farmers at the moment, they're having to operate as usual. Not knowing what markets are going to be ahead of them. They've got lambs that they're storing up to sell in October/November time and they don't know if there's going to be a market for them.

So obviously, there's a lot of uncertainty. At the same time farmers are just getting on with their daily business, they're doing their third cut of silage. So you know, life does go on within farming as well.

Sputnik: We're in a situation where there's a great deal of uncertainty about what comes next. What has the tone been among the farming community? Are farmers that registered embrace Brexit or is there a fear of no-deal breaks it?

Claire Taylor: I think there was a very mixed perception of Brexit originally. In Scotland, more farmers voted to remain within the EU than they did down south. There was very much an opportunity by farmers to move away from the archaic system of the Common Agricultural Policy.

This is an opportunity for us to design our own agricultural system that really supports and works alongside Scottish farmers. We have a very unique landscape here, we can hardly compare our Scottish uplands with some of the farms in France and some of other EU counterparts, so that was a real opportunity.

However, this has been completely overshadowed by this idea of a no-deal. Brexit because if we don't have a market for our products, suddenly we're entering into trade with countries where we can remain competitive with them. Then we are going to be undermining our farmers because at the moment we very much have high quality produce, we have very high standards and we offer a very strict Food Standards.

That is how we can make a premium for our products. When we start to look at trade deals with the likes of America and Australia, suddenly that playing field doesn't become very even anymore. We don't know what's going to happen to our farming industry as we start seeing our shop shelves flooded with products from abroad, so that is a real concern.

Sputnik: What about selling out width of the UK? I know there is a great demand for British products due to the high quality. Is the export market going to be harmed by a potential deal Brexit?

Claire Taylor: We're being told that we could face some of these WTO tariffs on up about to 40% to 45% on our sheep and our beef sector. So in itself that could have a decimating effect on our industry. I mean, the government has already said they're going to move some of the tariffs and other areas however, they've identified agriculture.

Sputnik: There's been talk of government assistance to farms in the UK, what kind of farming support Do you think could be introduced to deal with the effects of a no-deal Brexit?

Claire Taylor: But at the moment, Scotland hasn't taken a notion in the UK agricultural bill. So we're not quite sure yet what sort of future support there is going to be out there. But we're very much pushing towards the environmental model, which obviously plays into our targets to curb climate change.

Farmers are very much stewards of the landscape but in the past, we haven't really been awarded as heavily for that. I think we're hoping to move towards the financial support system, which rewards farmers and give them incentives to work closely with nature in the environment and be rewarded for that because like I was mentioning earlier that the cap system before didn't reward farmers for their productivity it was for the land that they owned.

So long term, we're hoping financial support will work much more with farmers and increase productivity at the same time.

The views expressed in this article are solely those of Claire Taylor and do not necessarily reflect the official position of Sputnik.