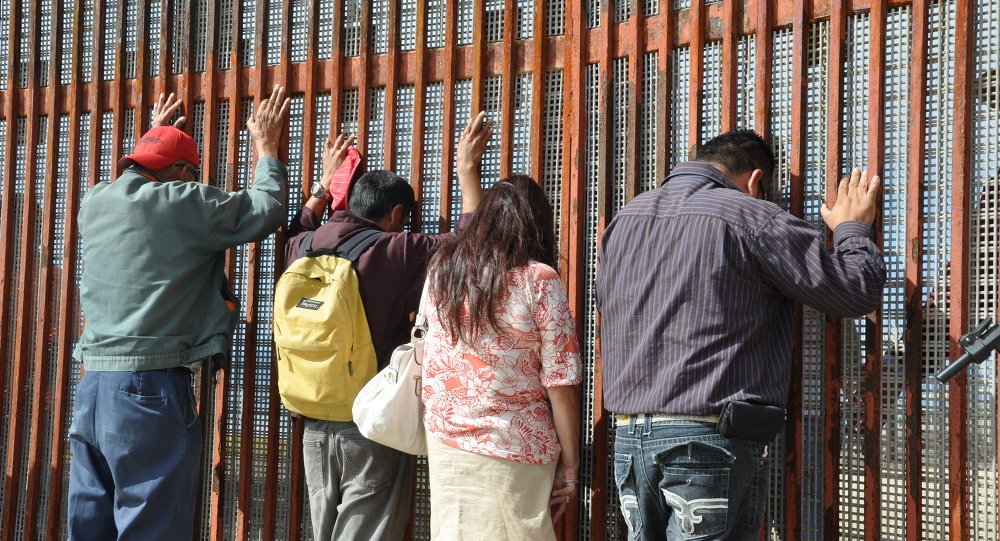 US Using Immigrant Detention ‘As Attrition or Defense Mechanism,’ No Longer ‘Last Resort’

There exists a deeply racist and anti-immigrant culture in immigration law enforcement agencies such as US Immigrations and Customs Enforcement (ICE) and US Border Patrol, Communications Director for the Black Alliance for Just Immigration Abe Paulos told Radio Sputnik’s By Any Means Necessary Monday.

“The anti-immigrant movement has invigorated vocal opposition to fair and just immigration reform and to the gains of the Civil Rights Movement, such as affirmative action and voting rights. Black immigrants from Africa, the Caribbean and Latin America experience racial discrimination as they navigate US society and systems. They also face a more difficult immigration process and are racially profiled, leading to disproportionate rates of immigration detention and deportation,” the Black Alliance for Just Immigration website reads.

Almost 9,000 immigrants currently detained by US immigration authorities have passed a ‘credible fear or reasonable fear’ interview administered by the US Citizenship and Immigration Services, confirming that they have a valid fear of persecution in their home countries, according to an exclusive BuzzFeed News story published Thursday. The figures are alarming, suggesting that the Trump administration is detaining people for inadequate reasons.

“I would like to talk about detention, by and large,” Paulos told hosts Eugene Puryear and Sean Blackmon.

“We do not believe in detention, and we don’t think immigrants should be detained for civil offense,” Paulos said. “The US does not have a long history of detaining immigrants. I know for a lot of folks this feels like this is something that has been going on for awhile, but it’s really only been [going on] since the 1990s. Detention was always meant to be temporary.”

“So, by and large, it was never meant to be a situation where folks were meant to be incarcerated for a long time. Because immigration is an administrative process under the executive branch, detention was only used as a last resort, just to make sure that people were coming to court,” Paulos explained.

A former ICE official told BuzzFeed News that the high number of asylum seekers who have passed credible fear interviews but are still detained is alarming.

“This number is highly problematic given the extremely high population in detention,” the former official said.

“ICE should be strategically using detention resources and focusing on those who need to be detained. The cost alone for this population is over $1 million a day with the current bed rate.”

Paulos noted that US President Donald Trump’s support for deportation and his willingness to incarcerate asylum seekers indicate that his administration is not processing asylum applications in good faith.

“We’re in a situation right now where this administration is locking people up just for the sake of locking people up, to either use it as attrition or as a defense mechanism,” he explained.

“When folks say ‘abolish ICE,’ they are looking at it as a … bureaucracy. The way we look at ‘abolish ICE,’ what we mean is that we don’t think that immigration enforcement should exist. I’m a big believer, practically, in a more open borders situation, in which instead of trying to terminate humanitarian programs like asylum or terminate legal immigration, we need to expand them,” Paulos added.

“Until we root out white supremacy in law enforcement institutions in the US, we as a people are not going to believe that law enforcement will enforce the law … in a way that supports us,” Paulos concluded.