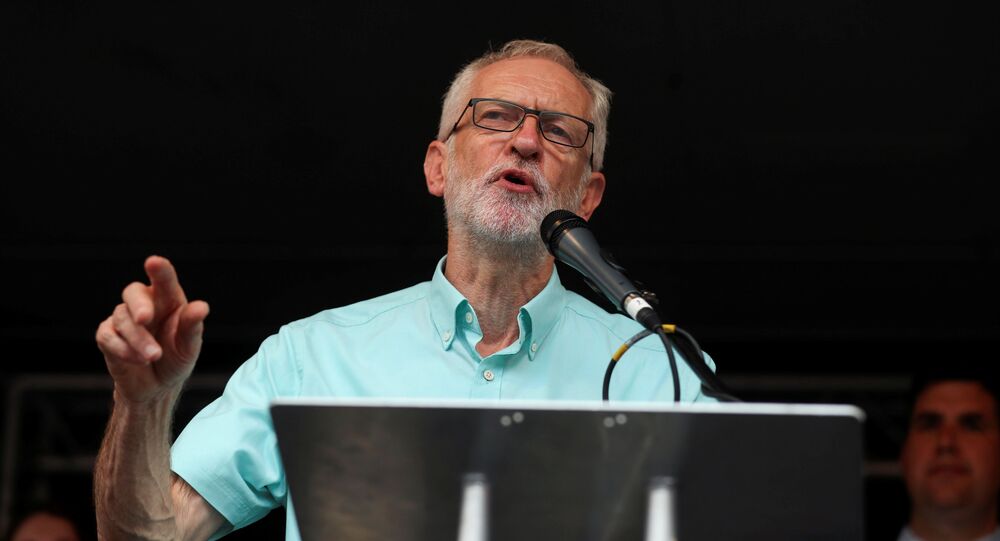 Labour leader Jeremy Corbyn is on the road again and has given a speech where he sang the praises of a general election, which he feels is the only way to prevent a no-deal Brexit. But would this necessarily be the way to sort out the ongoing political deadlock in the House of Commons?

Mandy Boylett: It’s Corbyn wanting a power grab, he is actually a supporter of Brexit; throughout history he has supported leaving the EU, but now because his party is a party of basically remainers, and he really wants to be Prime Minister, so he would rather be Prime Minister than actually follow his conscience.

He’s the worst kind of politician, he’s not a politician of conviction at all, he just wants power, so basically, he will do what he can to have a general election in the mistaken view that he could win one.

Sputnik: Would the potential election of Corbyn as British Prime Minister be disastrous for the UK?

Mandy Boylett: I think it would be disastrous. He’s a Marxist, he’s an anti-Semite, he’s actually not particularly bright; I think it would be disastrous for the country and I think you’d see a lot of the people who have a lot of money, who pay most of the taxes, will say that they are not staying if Corbyn is going to be Prime Minister, and give us punitive taxes, and they would leave, and he would end up with less net receipts for taxes.

He’d just bankrupt the country; he has absolutely no idea. As Margaret Thatcher once said, “Socialism only works until you run out of other people’s money to spend”.

Sputnik: Would a no-deal Brexit be as bad as many pro-remain MPs claim?

Mandy Boylett: “National Unity” is a misnomer because it wouldn’t be national unity, it would be a bunch of remainers, who are against the result of the referendum that we had in 2016.

A no-deal Brexit is not the best scenario; it would have been nice if we could have agreed a free trade deal before Brexit, however it won’t be anywhere near as bad as the politicians are saying, yes there will be some short term disruption, but now the Tories have got rid of Philip Hammond, who was preventing the no-deal preparations, there is a lot of work being done to prepare the country for no deal.

Certainly in a year’s time, I think all the disruption will have ended, and we will have the country on an even keel, because we’ll know how everything is going to pan out; it’s analogous to having a bucket of water with your hand in it, and when you take your hand out, there are ripples, but they slowly calm down, and the bucket of water ends up flat again.

The views expressed in this article are solely those of Mandy Boylett and do not necessarily reflect the official position of Sputnik.