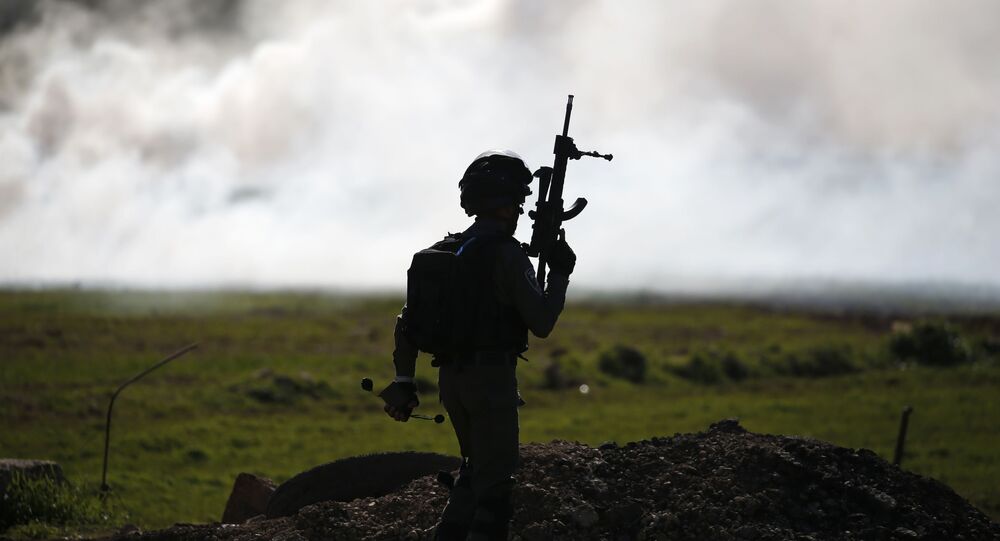 After Donald Trump recognised Jerusalem and the Golan Heights, reports started to emerge that the US president could give yet another "gift" to Prime Minister Netanyahu by acknowledging Israel's rights to the West Bank. Israeli political commentators have discussed the probability of such a scenario.

On 12 August, the Times of Israel reported, citing Prime Minister’s Office (PMO) officials, that Benjamin Netanyahu was lobbying President Donald Trump to recognise Israel's sovereignty over the West Bank ahead of the September snap elections to secure his Likud Party's victory. The media outlet noted, however, that the PMO denied the claim.

Nevertheless, the assumption does not appear to be completely contrived. On 6 December 2017, President Donald Trump announced the US recognition of Jerusalem as the Israeli capital and transferal of the US Embassy to the city, something that American presidents have shied away from doing for 22 years, since the adoption of the Jerusalem Embassy Act of 1995. Trump's announcement came six days before the Jewish holiday of Hanukkah.

The US president's second bold move was the recognition of Israel's sovereignty over the Golan Heights, annexed from Syria as a result of the 1967 Six-Day War, on 22 March 2019. The decision was announced less than three weeks before the Israeli general elections and coincided with the Jewish holiday of Purim, which prompted Netanyahu to call Trump's move a "Purim miracle".

While Netanyahu's April win was largely associated with the recognition of Golan Heights, the question arises as to whether Trump will make yet another election gift to the Israeli prime minister in September.

West Bank Recognition Could Strengthen Both Netanyahu and Trump

Israeli political analyst and publicist Avigdor Eskin deems that the recent reports are "more than just rumours", citing US Ambassador to Israel David Friedman who stated in a June interview with The New York Times that certain parts of the West Bank (Judea and Samaria) could be brought under Israeli jurisdiction.

"These territories had never belonged to Palestinians, but were under Turkish, later British, the Jordanian and now Israeli military rule with certain autonomous status for the Palestinians led by Mahmud Abbas", the Israeli publicist elaborates.

The West Bank, a landlocked territory near the Mediterranean coast of Western Asia, has repeatedly changed hands during the past century. After being detached from the Ottoman Empire, the region was allocated to the British Mandate of Palestine between 1920 and 1947 and then seized by Jordan in the aftermath of the 1948 Arab–Israeli War. In 1967 it was captured by Israel during the Six-Day War and has remained since then a military-occupied territory by the UN's account.

"One of the solutions considers the possibility of giving back Palestinians on the West Bank their original Jordanian citizenship, as it had been until late 1980s with certain autonomy while the Israeli law will be extended on the territories controlled by the Jewish settlements", Eskin suggests.

According to the publicist, this scenario had been "discussed publicly and in the private talks between the Israeli and the US officials".

However, Eskin observes that it is unlikely that Israel's claim to the West Bank will be recognised by the US before the general elections in Israel, scheduled for 17 September.

"There could be a general statement by President Trump expressing general recognition of the Biblical territories as a part of Israel", the Israeli political analyst suggests. "Some further moves will follow up it after the elections. This will strengthen Donald Trump among his evangelical electorate. This will strengthen Benjamin Netanyahu".

While the rumours that Benjamin Netanyahu is lobbying Trump to recognise Judea and Samaria have not been confirmed so far, the Israeli president "has every reason to count on Trump's support, especially on the eve of the elections", says Nelly Gutina, an Israeli author and political commentator.

The Israeli author outlines five factors to back her assumption.

First, Trump does not conceal his interest in the re-election of Netanyahu, Gutina highlights.

Second, although the US president's support for Netanyahu is unlikely to win the backing of American Jews, who traditionally vote for the Democrats, Trump's recognition of Judea and Samaria could encourage his evangelical Christian electorate.

Christians account for 70.6 percent of the US population, with 25.4 percent of them belonging to the Evangelical Protestant denomination. Evangelicals have long supported Israel and Judea and Samaria, in particular. According to Haaretz, over the past 10 years Evangelical Christian groups have poured up to $65 million into projects in the "Biblical Heartland".

Third, Gutina believes that currently Trump can afford "any pro-Israel move" since most of the Arab states have largely lost interest in the Palestinian problem due to new threats and challenges emerging in the Middle East region. She cites the fact that his previous decisions concerning Jerusalem and the Golan Heights did not lead to any crises.

Fourth, she presumes that Netanyahu does need support amid the emergence of a new right-wing rival, HaYamin HeHadash or The New Right party, which was established in 2018 by Naftali Bennett and Ayelet Shaked. The latter was chosen as "Israel's most influential woman" by Forbes Israel for 2017 and 2018. According to the Israeli commentator, the party promotes Israel's settlement policy and relies on voters who prefer more radical and decisive steps in this direction. Trump's political gesture towards Netanyahu would help the Israeli PM take the lead.

"Finally, from my point of view, the Trump Administration will support a de facto plan for the annexation of part of Judea and Samaria if it is developed and presented as part of a common project and supported by legal arguments", Gutina presumes. "The only question is whether he will do it on the eve of the Israeli elections in 2019 or hold it until 'his' elections in 2020 in order to gain even more support from evangelicals".

The Israeli snap elections, which are due to be held in the country on 17 September 2019 to elect the 120 members of the 22nd Knesset, will become the second snap vote in 2019. The previous legislative snap elections took part on 9 April and resulted in the victory of Likud and its right-wing coalition, allowing Benjamin Netanyahu to preserve his positions in the government. However, on 29 May Netanyahu failed to form a majority ruling coalition because of the secular Yisrael Beytenu party's move that upset the fragile balance of power in the Knesset.