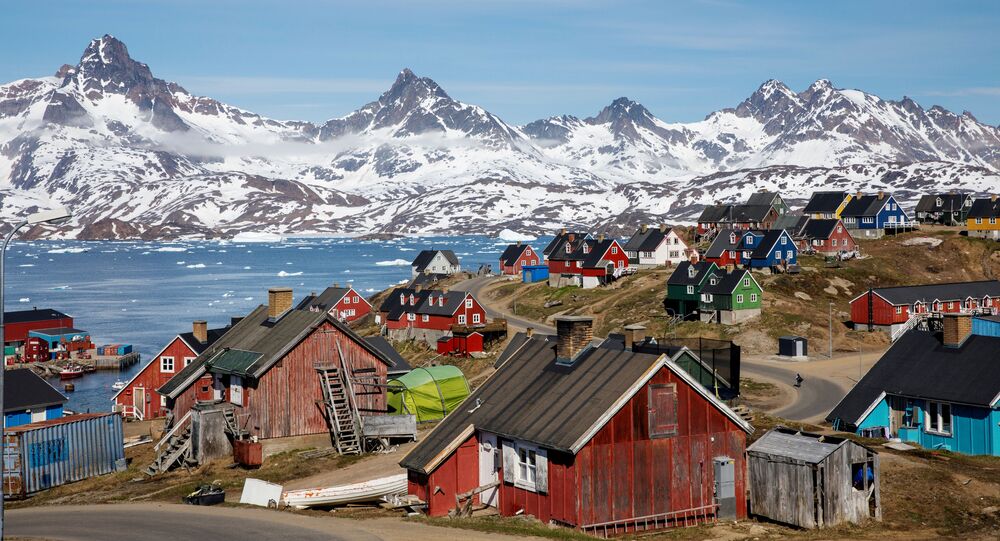 A recent report alleges US President Donald Trump may use his upcoming trip to Denmark to negotiate for the acquisition of Greenland. While many laughed off 45’s reported interest in the autonomous island, the military-industrial complex of the US may make his dream become reality.

The article claimed the US president “listened with interest when they discussed its abundant resources and geopolitical importance.” Two individuals also told the WSJ that Trump even requested White House counsel look into the logistics of the island’s acquisition.

As perhaps could be expected, politicians from both Denmark’s Conservative People's Party and the liberal Venstre party were not too happy with Trump’s alleged desire.

The Greenland Ministry of Foreign Affairs even made it clear that they are not taking offers and used the increased attention to advertise the autonomous land’s “valuable resources.”

Bruce Gagnon, coordinator of Global Network Against Weapons & Nuclear Power in Space, joined Radio Sputnik’s Loud and Clear on Friday to discuss the history of Washington’s presence on the island and explain why some politicians may get on board with Trump’s push to acquire the island.

Segment begins around the 2:12 mark.

Greenland is “a huge piece, strategically, for shipping, for militarism and for ‘drill baby, drill,’” Gagnon told hosts Brian Becker and John Kiriakou.

Greenland is home to the Thule Air Base, the US Air Force’s northernmost base, which was constructed following the signing of “The Agreement relating to the Defense of Greenland” in 1941. The pact allowed the US to operate military bases on the island “for as long as there is agreement” that North America was under threat.

However, it is this same base - and the US military’s activity in the area - that may have sullied any possible chances of the autonomous island and its people trusting Washington.

Gagnon revealed that an acquaintance formerly stationed at the base went back and “interviewed indigenous people there who tell stories about a US nuclear weapon that fell from a plane, or was in a plane crash, and the locals were hired to clean up the contamination. And there’s been a great number of deaths as a result of that, so the US has a bad ecological footprint in Greenland, and indigenous people there are clear about that.”

The coordinator also contended that while Trump’s desire for Greenland may seem vain, the location of the island is attractive for the US military-industrial complex, as the Arctic is a “key trigger for war in the coming years.”

“Maybe the shooting hasn’t quite started yet, but the war games are happening, the technologies are being developed to be able to fight up in that region, and Russia very clearly understands all of this, because they’ve been increasing their defense of the region,” Gagnon asserted. “I wouldn’t call it an offensive force they’re creating up there, but they’re talking about being able to protect the areas that their land borders with in the Arctic.”

Another One: Amphibious Assault Ship Joins USS Ford in Series of Deployment Delays