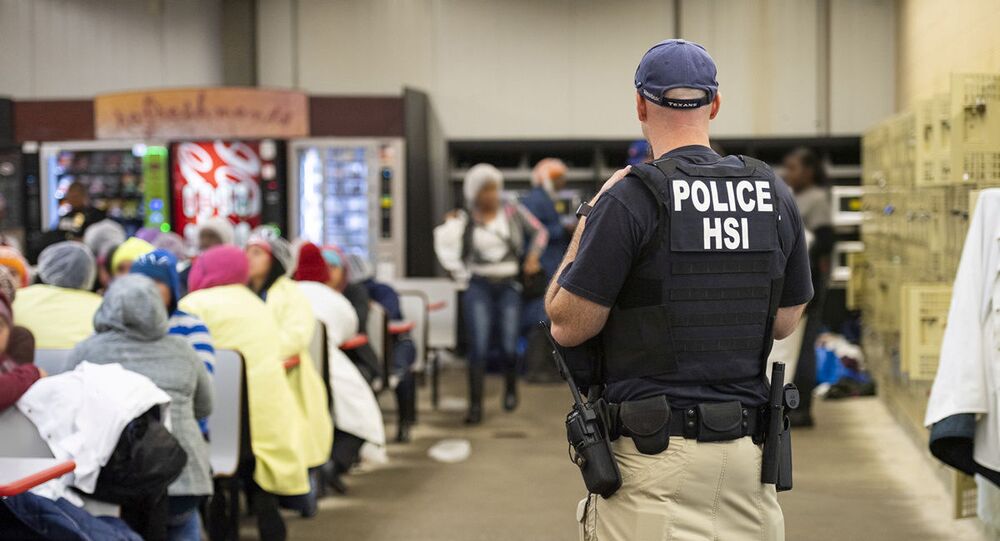 The US Immigration and Customs Enforcement (ICE) raid Wednesday on seven Mississippi poultry factories that detained some 680 workers may have been carried out, in part, as a scare tactic to deter future undocumented employees from mobilizing and filing lawsuits against their employers.

Nearly one year ago, Koch Foods was ordered to pay out $3.75 million to settle a class employment discrimination lawsuit by the US Equal Employment Opportunity Commission (EEOC), which alleged that Koch supervisors engaged in sexual harassment and both race and national origin discrimination.

The EEOC’s press release detailed that Koch supervisors “touched and/or made sexually suggestive comments to female Hispanic employees,” hit Hispanic employees regardless of gender, and “charged many of them money for normal everyday work activities.”

The company was forced to comply with a three-year federal consent decree, according to which they agreed to change their practices and create a 24-hour bilingual hotline that would give employees the option to report discrimination.

According to Payday Report, a number of immigrant rights advocates are pointing out how the timing of this particular raid, which ICE said was in the making for a year, coincides with the company’s public admission of discriminatory practices and well-documented loss of funds as a result.

Jim Kavanagh, editor at ThePolemicist.net, joined Radio Sputnik’s Loud and Clear on Friday to discuss the raids and provide his thoughts on the message companies such as Koch Foods may be sending to their workers.

Segment begins around the 15:58 mark.

Kavanagh told hosts Brian Becker, John Kiriakou and Sputnik news analysts and producers Walter Smolarek and Nicole Roussell that he believes the workers “were targeted after they filed a complaint about sexual harassment against this company.”

Like Koch Foods, Fresh Mark, Inc. experienced an ICE raid after coming under federal fire back in 2018. That raid came just days after the Occupational Safety and Health Administration (OSHA) fined Fresh Mark $211,194 for three incidents in which guards were not put into place for certain dangerous machinery. Their negligence led to the death of a 49-year-old undocumented worker in December 2017.

“There is a kind of economic logic to this in the sense that these are the workers who are the most vulnerable, so they’re being told here … ‘Don’t you complain; you’re lucky to have these jobs,’” the editor asserted, while also noting that while they may be fined, it’s unlikely that the individuals who hired these undocumented workers will see jail time.

Kavanagh is not alone in his assessment.

“These raids send a real signal to immigrant workers not to speak up, and we feel like these raids enable employers in the most dangerous industry to cut corners and violate labor standards,” Debbie Berkowitz, former OSHA chief of staff, told Payday Report Wednesday.