This comes after on Monday, India took away the India-administered part's special status it had under the Indian Constitution, a move criticised by the Chinese government.

"India's action is unacceptable and would not have any legal effect", Foreign Ministry spokeswoman Hua Chunying said in a statement on Tuesday.

Both India and Pakistan claim Kashmir in its entirety, and the countries have fought several wars over the disputed region since 1947.

Pakistani Foreign Minister Shah Mehmood Qureshi announced plans for a trip to China after a National Defence Committee meeting during which Pakistani Prime Minister Imran Khan "directed that all diplomatic channels be activated to expose the brutal Indian racist regime".

While India's Prime Minister Narendra Modi's decree on changing the status of Kashmir was called "unilateral and illegal", Khan also promised a "review of bilateral arrangements".

© AFP 2019 / SAJJAD QAYYUM
Pakistani Kashmiri lawyers shout slogans beside a burning effigy of Indian Prime Minister Narendra Modi during a protest in Muzaffarabad, the capital of Pakistan-controlled Kashmir, on August 7, 2019.

Pakistan has, moreover, announced the expulsion Indian Ambassador Ajay Bisaria, and the suspension of trade with India, already insignificant due to tensions in bilateral relations. In addition, Pakistan's newly appointed Ambassador to India, Moin-ul-Haq, will not go to New Delhi.

Meanwhile, in Srinagar, the administrative centre of Jammu and Kashmir, tensions have increased. People are hiding in their homes, the streets are controlled by the military.

All types of communication channels have been completely blocked off. Because of this crowds of young people have thrown stones at soldiers, clashed with police who used tear gas and pepper spray, injuring several dozen people in response.

Indian authorities intend to dilute the Muslim part of the population of Kashmir with Hindus, and thereby strengthen their control over this territory, according to Long Xingchun, the director of the Centre for Indian Studies at China West Normal University.

He believes that's why India went ahead with changing the status of this disputed territory, although they could not have foreseen Pakistan's strong reaction to this decision:

"Nationalism is very strong in India, Prime Minister Narendra Modi's 'Indian People’s Party shares the same ideology. India has always believed that all of Kashmir is an indivisible territory. The Constitution of India protects the interests of the population of Kashmir, but it mainly consists of pro-Pakistani Muslims. This is the result of the partition of British India into the separate states of India and Pakistan. India's actions are mainly aimed at strengthening control over this area by changing the composition of the population of its controlled Kashmir. The population of this area should increase at the expense of Hindus, who will dilute the Muslim population. Under current laws their relocation there is prohibited. This is a key issue for India today, internal affairs take precedence over external affairs, therefore this step was taken".

Narendra Modi's decree means the state with special autonomy will now be divided into two federally-administered territories: Jammu and Kashmir, and Ladakh. Part of Ladakh's territory, China considers its own.

"China is always opposed to India's inclusion of the Chinese territory in the western sector of the China-India boundary into its administrative jurisdiction", Hua Chunying said.

This is the unwavering position of China. According to the spokeswoman, India undermines China’s territorial sovereignty via this unilateral change in national legislation. According to China's Foreign Ministry this approach is unacceptable.

India has shown disrespect for China and its territorial sovereignty, Long Xingchun noted:

"Meanwhile, in my opinion, the direct impact on India-China relations will not be grave. China traditionally adheres to the position that Ladakh is part of Chinese territory, but there is no official demarcation yet, the parties are still negotiating. It is clear that India has taken a unilateral step to strengthen control over the area. From the point of view of diplomatic etiquette, this is disrespect for China. The decision of India can also be regarded as a violation of the territorial sovereignty of China", the scholar said. 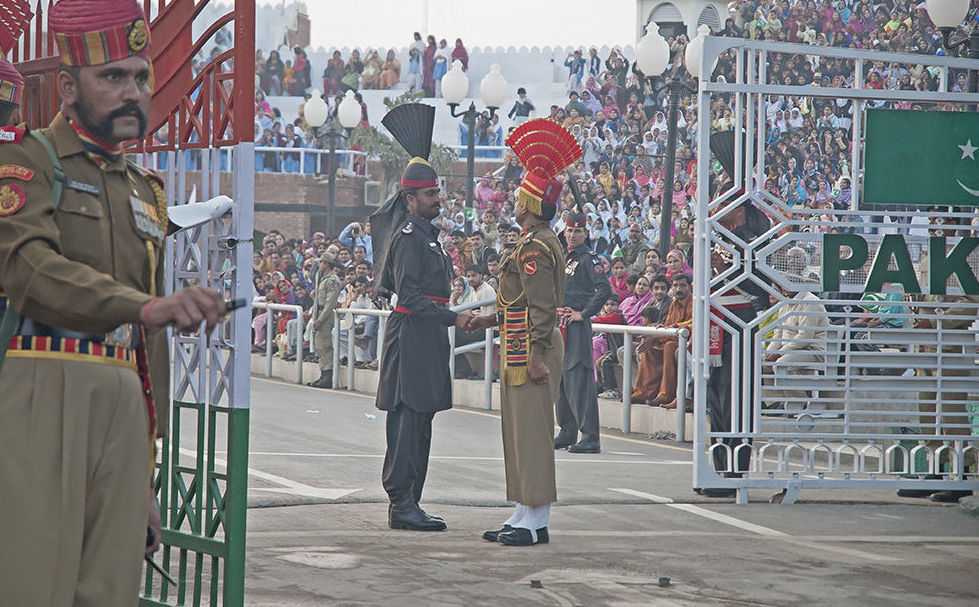 "If we talk about the impact on the regional situation, then I believe that Muslims in the Indian-controlled part of Kashmir, including some armed groups, will definitely take retaliatory measures. They may even choose an armed struggle as a form of protest. Since Pakistan may have something to do with their actions, it is very likely that a military conflict could erupt between India and Pakistan. In this case, it will indirectly affect the regions neighbouring China and Sino-Indian relations", Long Xingchun explained.

According to Indian sources, another informal meeting between the leaders of China and India has been scheduled for the autumn. Observers suggested that preparations for the upcoming summit could have been discussed on 1 August in Bangkok in the talks between China and India's Foreign Ministers Wang Yi and Subrahmanyam Jaishankar on the sidelines of the ASEAN Foreign Ministers’ meeting.

"We are ready, together with India, to plan the next stage of important high-level contacts, properly implement mechanisms in the field of humanitarian exchanges, hold meetings of special representatives on border issues and a strategic and economic dialogue", Wang Yi assured his Indian counterpart.

Obviously, New Delhi's decision on Kashmir has brought about some tension in Sino-Indian relations. How long will it last, and how the parties come out of the delicate situation remains to be seen.

Views and opinions, expressed in the article are those of Long Xingchun and do not necessarily reflect those of Sputnik.