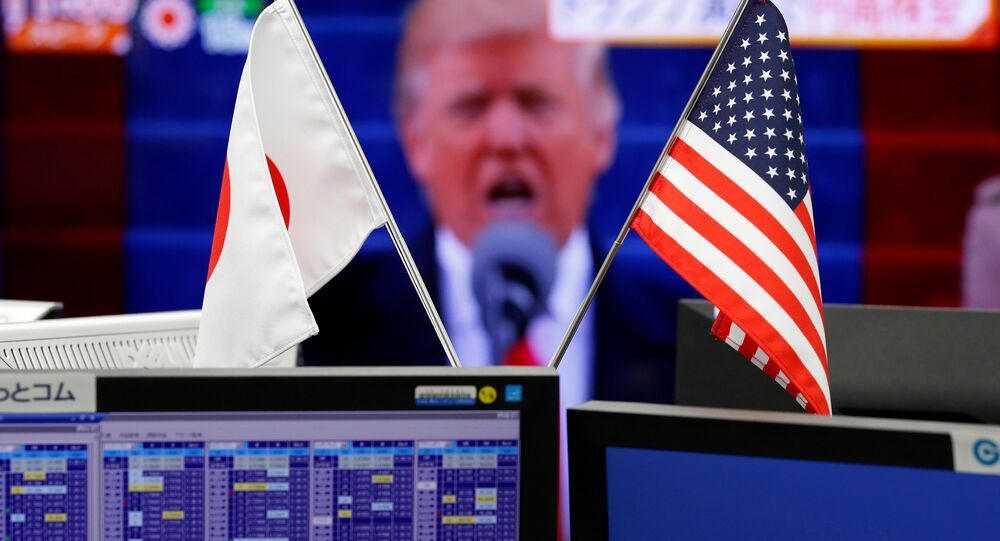 North Korea launched two ballistic missiles into the sea on Tuesday after criticizing the United States and South Korea for conducting joint military exercises since 5 August.

Pyongyang warned that the drills would increase tensions on the Korean Peninsula and could jeopardize North Korea-US talks on the nuclear issue.

"Constructive dialogue cannot be expected at a time when a simulated war practice targeted at the dialogue partner is taking place," North Korea said in a statement.

The country has conducted four rounds of weapons tests over the past two weeks as nuclear negotiations with Washington stalled in the past month.

During the next two weeks, the US and its allies will conduct exercises at the computer command centre. Emergency response methods on the Korean Peninsula will also be developed. According to South Korea's Defense Ministry, the exercises will test Seoul's capabilities for planned retaking of wartime operational control of its troops from the US.

The command post exercises known as '19-2 Dong Maeng' are a scaled-down version of the Ulchi Freedom Guardian (UFG) drills that were suspended. Earlier, the allies announced the cessation of their biggest annual joint war games - Key Resolve and Foal Eagle, to resolve the situation in the region.

Seoul agreed to hold the current exercises, despite stern warnings from Pyongyang. The DPRK considers these exercises a violation of the agreements reached during summits. Pyongyang condemned the drills, saying that the launch of short-range missiles was "an official warning to the South Korean warmongers."

It is still challenging for Seoul to balance between allied commitments to the United States and the interests of forming a transparent, trusting relationship with North Korea. A high degree of tension on the Korean Peninsula is used by the United States to justify building up its military presence there. At the same time, allied relations with South Korea have become a way of pursuing this policy. Following the inertia in allied obligations to the US, the inability or unwillingness of South Korea to revise them to reflect national interests and maintain an inter-Korean dialogue has become a significant obstacle to normalizing the situation on the Korean Peninsula.

Unlike South Korea, Japan seems to have shifted its attitude towards the United States. This is Tokyo's reaction to the uncertainty of US President Donald Trump's diplomacy, said Su Hao, founding director of the Center for Strategic and Peace Studies at the China Foreign Affairs University, during a seminar on Japan's security policy organized by the Charhar Institute.  The Global Times published an abstract of his speech.

Su Hao noted that Japan was shocked by Trump's statement that the US-Japan Security Treaty is one-sided to the disadvantage of the United States, and is unfair since it requires only Washington to protect Tokyo, but not vice versa. After this, Tokyo decided to distance itself from Washington. At the same time, Japan is aware that without China, its economic growth will be limited. Japan needs to balance its alliance with the United States amid China's rise.

What kind of balance could be reached? Su Hao believes that balance for Japan is informal and unspoken: "Japan, after all, is a US military ally, the long-term development history has formed special relations between them," the expert noted. "So-called balance for Japan is to maintain special allied relations with the United States, but only through political orientation and behaviour, but not by sharp opposition to China or open confrontation with it, as was earlier the case."

While maintaining relations with the United States, Japan still needs to cooperate with China in areas where it shares economic interests with Beijing, Su Hao pointed out, and in terms of regional security it is necessary to pay close attention to China's influence in the region, he stressed.

"Japan is part of the production chain of the East Asian economy; therefore, it is connected to China. Long-term confrontation with China will not contribute to the development of the Japanese economy. There is competition between Japan and China, and there are some obvious security contradictions. Japan, of course, will not be on China's side, but at the same time, it can take a relatively prudent stance when the US calls for taking its side and confronting China," the scholar said.

Preparations are currently underway for the China-Japan-South Korea summit in December in Beijing,  says the Kyodo agency, citing unnamed diplomatic sources. China will preside over this tripartite format this year, it proposed the date for the summit, and South Korea has already agreed to adjust President Moon Jae-in's schedule accordingly, the same sources said. Time remaining before this event is sufficient to resolve the severe trade frictions between Seoul and Tokyo. The summit may also be a chance for Seoul and Tokyo to take a fresh look at their allied relations with the United States, and to balance them, keeping in mind the China-Japan-South Korea relationship triangle.