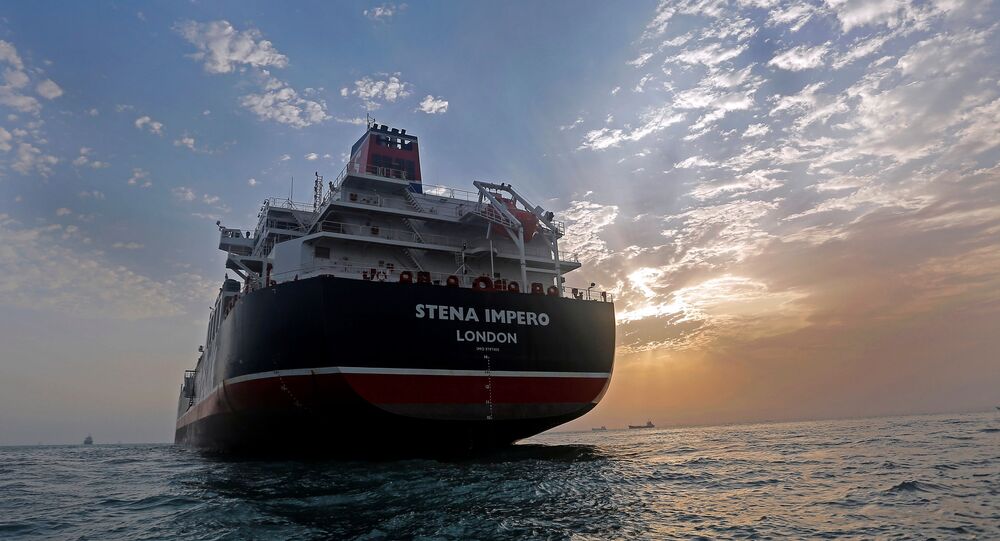 On Monday, UK Defence Minister Ben Wallace announced that London would join a US-led maritime mission in the Persian Gulf to take part in maintaining security in the region.

George Szamuely, author and senior research fellow at the Global Policy Institute, explains what consequences these changes in UK diplomacy regarding Iran could have for the geopolitical situation in the region.

Sputnik: Britain has launched a naval task force with the US to protect commercial shipping in the Gulf after western nations hesitated over UK proposals for a European-led mission. How significant is this move after recent events in the region?

Szamuely: First of all, the UK has now aligned itself with the United States and the US policy is still maximum pressure on Iran, which is to prevent Iran from selling its oil and making any money. The UK claims that it's not going to be involved in enforcing that policy however once they're there together it's going to be hard to see how you can separate the two sides, so therefore the UK would become in the direct line of fire of Iran. The second thing is that Iran has made clear that it will not tolerate a situation in which it cannot sell its oil while other Gulf States can. Again this leads to the possibility of a serious military confrontation because Iran has many allies in the region, it has many allies in Iraq, it has many allies in Lebanon, in Yemen; any one of whom could launch an attack on the tankers or the UK and US ships - this whole manner of risks down the road as a result of this action.

Sputnik: With the UK now set to join a US maritime partnership, what effect will it have on the UK’s diplomatic position and image with Iran and other Gulf countries?

Szamuely: The UK diplomatic position makes absolutely no sense because the UK position has been that it wants the JCPOA to be adhered to yet for some reason it is now aligned itself with the US maximum pressure policy. Once it seized that tanker, in Gibraltar, it was effectively aligning itself with the United States because the UK has still not offered any rational coherent explanation for why it did it. The claim that it was doing it because it was a EU ban on oil to Syria is nonsensical. The EU only banned imports of oil from Syria into the EU - there was no ban on Syria importing oil so, therefore, the notion that the UK is enforcing some EU sanctions is nonsensical. To make it even more ridiculous the British still keep repeating that they want the JCPOA adhered to, they're all for it and they want no confrontation with Iran. What do they think seizing an Iranian tanker will do to provoke a confrontation with Iran?

Sputnik: How will Iran react to this most recent move from the UK and, if negative, what approach should we be seeing from Britain to help stabilise escalations in the region?

Szamuely: I thought that the UK had a wonderful opportunity to bring this confrontation over the mutually seized tankers to an end when Boris Johnson became prime minister. This could have been a good opportunity for a new PM to say 'Ok I'm wiping the slate clean, we want a fresh start, we will release the Iranian tanker...’ and in those circumstances, Iran wouldn't have hesitated to release the UK tanker. Boris Johnson didn't take that opportunity now the time has elapsed then it's going to be very hard for him to make any such gesture. Relations between the UK and Iran are deteriorating and Iran has given clear warning and has said it repeatedly, which is if we can't export our oil, nobody can. So therefore Iran is likely to respond, how it will respond it isn't clear.