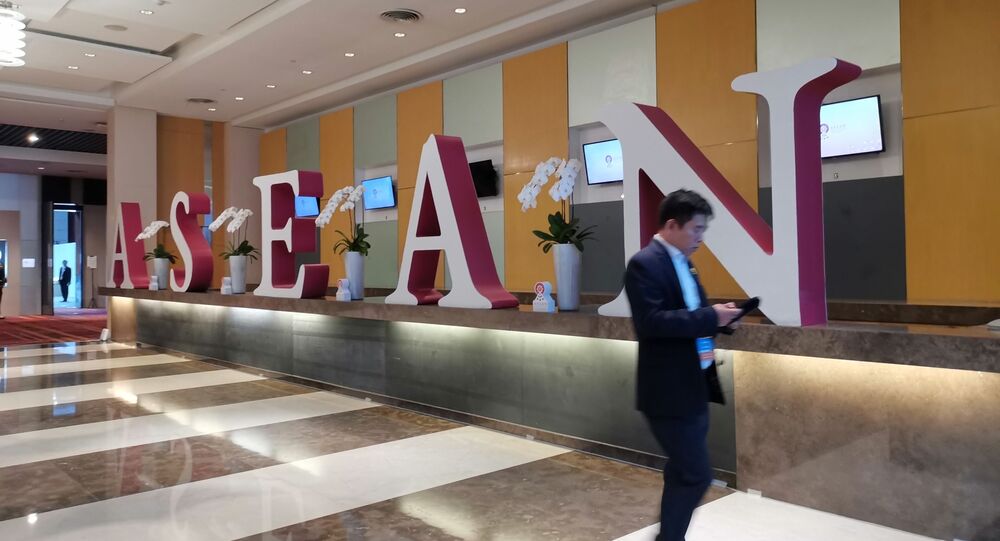 Significant progress has been made in the negotiations on two priority areas of China’s relations with Asia-Pacific countries. The first reading of the unified draft Code of Conduct in the South China Sea has been completed ahead of schedule.

The new round of consultations on the Regional Comprehensive Economic Partnership (RCEP) has been successful and China has taken on the leading role in the development of these documents.

On 31 July, in Bangkok, following a meeting between the foreign ministers of China and ASEAN, it was announced that the first reading of the unified draft Code of Conduct in the South China Sea would be completed ahead of schedule. Wang Yi, China’s top diplomat, called this “significant progress”, as well as an important step toward completing consultations in three years. According to a joint communiqué of the meeting, ASEAN ministers “are encouraged by the progress in meaningful negotiations to reach the earliest possible solution under the Code of Conduct in the South China Sea within the agreed timescale”.

It’s about creating a mechanism for managing and resolving disputes in one of the world’s busiest shipping lanes by 2021. The first reading of the general draft Code has been completed ahead of schedule, despite a recent series of incidents in the South China Sea. July saw one of the most serious conflicts of interests between China and Vietnam since 2014, while a month earlier there was an unpleasant incident between China and the Philippines in the South China Sea. Meanwhile, general interest in the development of a code of conduct in the area is encouraging the parties to have greater confidence in each other, something which may minimize such cases in the future.

While there is no unanimity on the Code, there is no common understanding of the deadlines for completing work on it. Ge Hongliang, Head of the China-ASEAN Center for Maritime Security at Guangzhou University of Nationalities, has told Sputnik about the challenges the parties would encounter in further negotiations:

According to Mr Hongliang, the first challenge is related to the China-ASEAN consultation process.

“It’s mainly reflected in the Code of Conduct guidelines. The standard text is overgrowing with detail; during the discussion, both sides fill it with more and more specific content. As the content becomes more detailed, the difference in approaches becomes more apparent. Dealing with this is the most important task”, he said.

China and the ASEAN states traditionally have different maritime interests. According to Ge Hongliang, bringing them to a common standard is a rather difficult and lengthy process:

“The United States, Japan, and several other countries have proposed the thesis of ‘China’s militarisation of the South China Sea’. It negatively affects public opinion in Southeast Asian countries. In addition, in recent years, especially after Trump took office, the US presence in the South China Sea has become more frequent; their actions are provocative. Therefore, the atmosphere of security, the relationship of mutual trust between the countries of the region, including their feeling of security, will have an increasing impact on the China-ASEAN consultations. There are some vagaries at the micro level as well. For instance, Vietnam has violated the important principle of consultation on guidelines, that is, the contents of the consultation cannot be revealed before the official publication of the text. In the future, it’s possible that in the course of discussions some countries will violate the rules like Vietnam did, which may affect the negotiations”, the Chinese expert told Sputnik.

Geng Hongliang believes that the intervention of third parties remains one of the main obstacles that inevitably impede the signing of the agreement:

“Some countries, including the United States, previously put pressure on the course of consultations, and we cannot rule out that they will continue with that practice. This kind of impact has two aspects. On the one hand, there’s the use of individual ASEAN states to cause dissatisfaction with the course of consultations. On the other hand, although the Code of Conduct is a regional norm formulated by China and ASEAN countries, the South China Sea is not a closed area, with many international maritime transport routes running through it. Therefore, many countries, including the United States, have a great influence on the situation in and around the South China Sea. This casts a shadow on the progress of the Code of conduct development”.

On Wednesday, 31 July, the 27th round of negotiations on the Regional Comprehensive Economic Partnership (RCEP) finished in Zhengzhou, Central China. More than 700 people from 16 states took part in the 10-day process. If successful, the agreement will cover 10 ASEAN states, China, Japan, South Korea, Australia, New Zealand, and India. These countries account for about a third of the world’s GDP, about 40 percent of world trade, and almost half of the world’s population.

Li Chenggang, the assistant to China’s Minister of Commerce, noted that the parties had managed to achieve active progress in the course of negotiations, adding that all parties had reaffirmed the goal of concluding an agreement before the end of the year. The official stated China’s intention to work together with the RCEP countries to resolve the remaining issues and complete negotiations as soon as possible.

China is actively seeking an agreement that would create a buffer against the United States in Asia, and would also allow it to assert its position in the field of free trade, while the United States pursues a protectionist trade policy.

The Zhengzhou negotiations ended together with the new round of China-US trade and economic consultations held in Shanghai. The Shanghai consultations, however, showed little signs of progress. As the confrontation between Beijing and Washington intensified and bilateral trade weakened, ASEAN overtook the United States becoming China’s second-largest trading partner in the first half of 2019. According to official ASEAN sources, from January to June, the trade volume between ASEAN and China amounted to $291.85 billion, which is 4.2 percent more than a year ago.