Germany's Muslims are urging the country's authorities to step up protection of Islamic places of worship amid a spike in attacks against mosques in the country. A recent survey by the Bertelsmann Foundation, meanwhile, has found that nearly half of Germans view Islam negatively.

In July 2019, a number of Germany's mosques including Cologne's Central Mosque, the largest Muslim houses of prayer in the country, were subjected to hoax bomb threats, attacks and desecration.

The upsurge in anti-Muslim attacks has prompted Germany's Coordination Council of Muslims, the umbrella entity for the Central Council of Muslims in Germany, the Turkish Islamic Union for Religious Affairs (DITIB), the Islamic Council for the Federal Republic of Germany and the Association of Islamic Cultural Centres, to call upon Berlin to undertake certain security measures to protect Islamic places of worship.

Germany's Muslims feel like "second class victims", says Aiman Mazyek, chief of the Central Council of Muslims in Germany amid the rise in Islamophobic offences in the country.

"The outrage about violations against mosques, the holy Quran and bomb threats against mosques was kept limited and there have been no security activities from the authorities since then", Mazyek underscores.

For its part, DITIB has called on the federal government "to use concentrated investigations to quickly identify those responsible for the bomb threats and their networks, and in particular to ensure the protection of Muslim places of worship".

"Muslims and Muslim houses of worship more than ever need the protection of the state and rightly expect symbolic assistance from leading German government and opposition politicians", the organisation's official statement reads.

A July 2019 Bertelsmann Foundation bi-annual "Religion Monitor" survey indicated that about 50 percent of German respondents view Islam as a threat. Previously, in 2018, the European Parliament pointed out an increase in religiously inspired attacks in Europe starting with the killings at the Charlie Hebdo magazine office in Paris in January 2015. According to Europol, 150 people were killed in jihadi terrorist attacks in 2015, 135 people were murdered in 2016 and 62 in 2017.

At the same time, in 2018 the German Interior Ministry registered at least 813 anti-Islamic crimes in the country with 100 mosques attacked and 54 Muslims injured. For comparison's sake, 950 Islamophobic offences were registered by Germany's authorities in 2017.

Germany has the second largest Muslim population in Western Europe amounting to about 4.7 million people, out of which 3 million are of Turkish descent.

Maurits Berger, a lawyer, Arabist and professor of Islam in the contemporary West at Leiden University, Belgium, believes that both Christians and Muslims should be treated as equal citizens in the first place.

Berger argues that the broader problem is that the Muslim religious minority is often treated as "outsiders" by predominantly Christian "natives" which creates all sorts of socio-psychological problems.

"I think the reason for weekly attacks [against mosques] is the growing of the political movement that uses this 'insiders/outsiders' discourse", he presumes. "And they want the outsiders out. So they want to get off everything that is not considered German. They say: 'Germans have never been Muslims. Islam is an outsider thing, it’s a foreign thing'".

To tackle the problem, "the Muslim communities in Germany first of all should live their lives and show a good example of what Islam is", Berger suggests, adding that "every time, when [Islamist] terror attacks happen, Muslim organisations have to denounce these attacks".

However, Muslims are not the only religious group subjected to oppression in Europe: the Vienna-based Observatory on Intolerance and Discrimination against Christians in Europe outlined at least 500 cases of religious abuse against Christians in Europe in 2016 and 2017 in its 2018 report. Along with brutal attacks on Christians and Christian buildings, monuments, and cemeteries, Christian-run businesses and student groups were also subjected to pressure, according to the organisation. 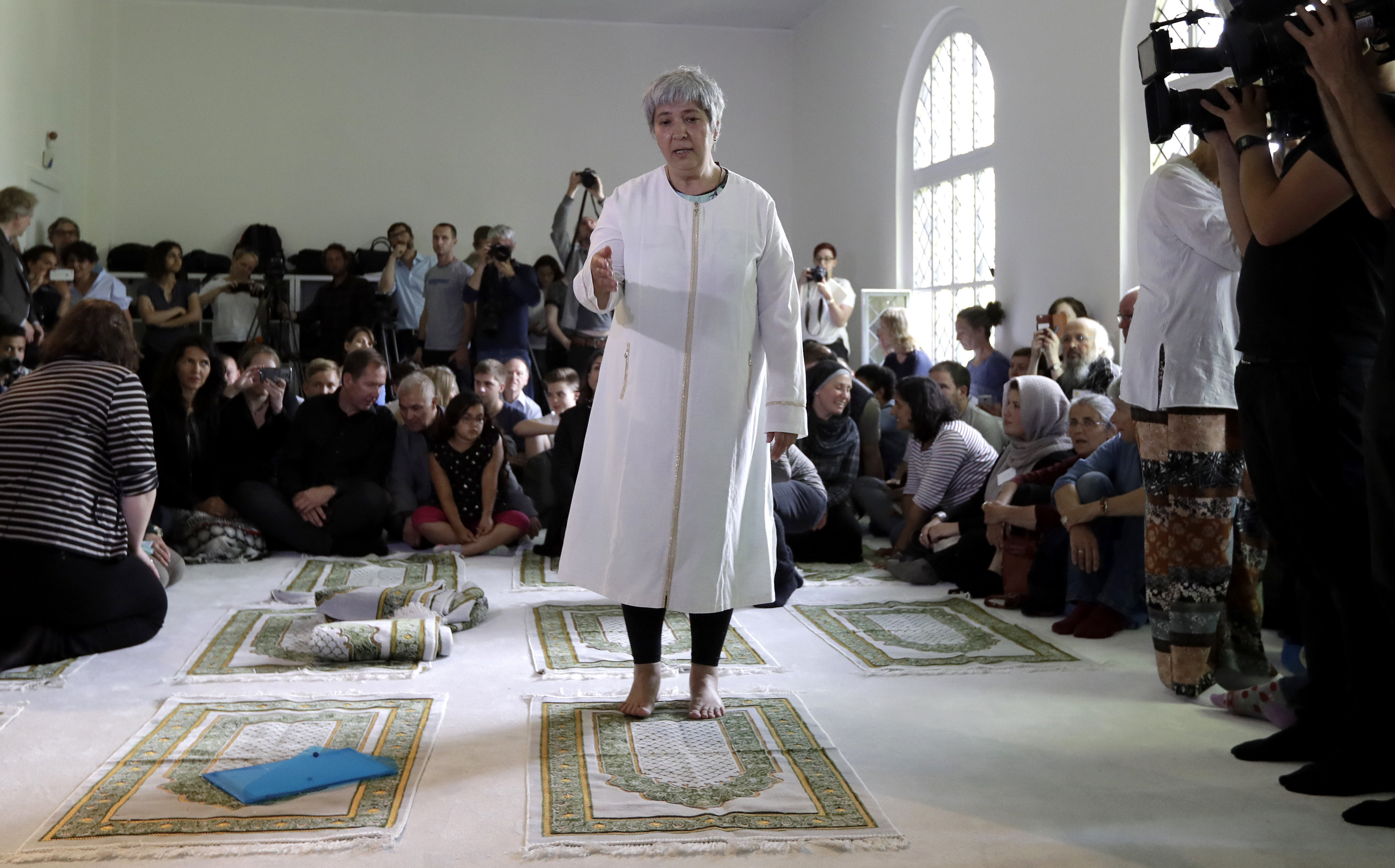 © AP Photo / Michael Sohn
Seyran Ates, standing at center, founder of the Ibn-Rushd-Goethe-Mosque gestures during the opening of the mosque in Berlin, Germany, Friday, June 16, 2017

According to Joachim Paul, a member of parliament from Rhineland-Palatinate and Deputy Leader of the AfD in the state of Rhineland-Palatinate, there are two factors fuelling the negative perception of Islam in society: first, the unwillingness on the part of Muslims to integrate into Western society; second, the refugee crisis which erupted in mid-2015 and the subsequent spike in crimes and terror attacks committed by North African and Middle Eastern migrants.

According to the Heritage Foundation, an American conservative think tank, 44 refugees or asylum seekers were involved in 32 Islamist plots in Europe between 2014 and 2018 which resulted in 182 deaths and 814 injuries.

Paul insists that Muslims "have to show, that most of them are willing to accept and live by the rules of Western society", while "Muslim officials have to distance themselves from acts of terrorism and intolerance committed by Islamists".

"Integration is always an obligation", Paul highlights. "It’s important to differentiate between Muslims willing to integrate more closely and those determined to live a parallel existence - rather than charting out a new, more active concept of German citizenship. If people want to become German сitizens, they will have to accept our values. Those who are willing to do so are welcome to stay; everyone else is free to leave Germany and Europe".

The integration problem has long been simmering in Germany. Back in 2008, Der Spiegel shed light on Muslim-majority enclaves in the country. Given that Turks constitute the major part of Germany's Muslim population, Turkish President Recep Tayyip Erdogan hasn't helped the cause of integration by repeatedly urging Germany's Turks "not to assimilate".

Citing the recent Islamophobic offences in the country, the German parliamentarian underscores that nevertheless "the state is obliged to protect the lives and the rights of every German citizen, despite their age, sex, sexual orientation and, of course, religion".

"So, if Mosques or Muslims come under attack, it’s the police's duty to prevent them from harm", he stresses.

Motorcyclists Shoot at Mosque in Spanish City in North Africa