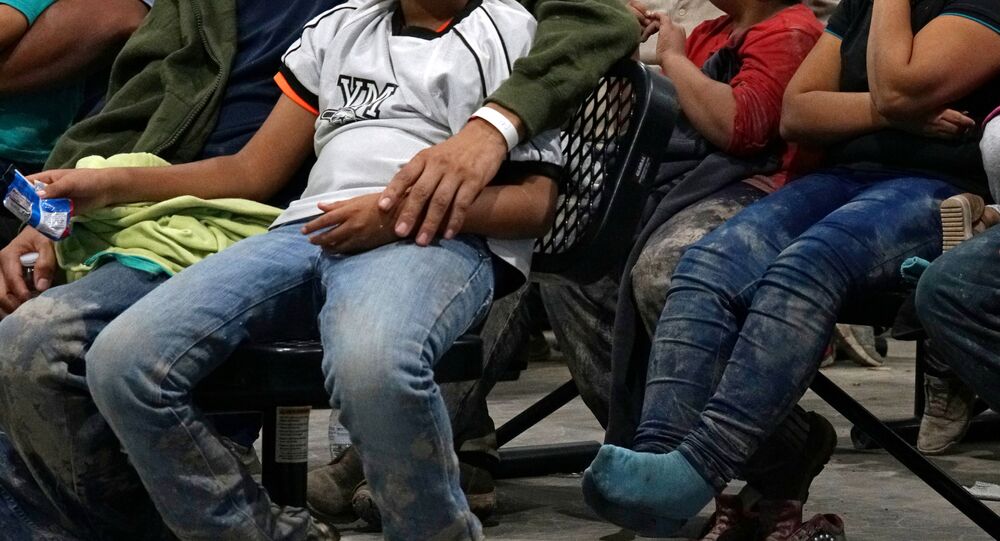 It was reported last week that US Border Patrol detention facility in Donna, Texas, had increased the role of active duty US troops previously ordered to have no direct contact with the migrants at the facility. Their new guidelines may result in the violation of a 140-year-old law considered to be a cornerstone of American civil liberties.

Juan José Gutiérrez, the executive director of the Full Rights for Immigrants Coalition, joined Radio Sputnik’s Loud and Clear on Monday to discuss the recent reports and what they may mean for the future of civil rights in the US.

Rep. John Garamendi (D-CA) told NBC News last week that the monitoring of migrants by US troops along the US-Mexico border is cause for concern for everyone.

"It's not the role of the US military to be a prison guard," he asserted, adding that service members are being placed "in a precarious legal situation" that is "teetering on the edge of the Posse Comitatus law."

“Whoever, except in cases and under circumstances expressly authorized by the Constitution or Act of Congress, willfully uses any part of the Army or the Air Force as a posse comitatus or otherwise to execute the laws shall be fined under this title or imprisoned not more than two years, or both,” reads the Posse Comitatus Act of 1878.

Even though the troops are unarmed, under federal law they cannot solely perform police duties, such as intervening in a fight; they can only support law enforcement officials.

According to NBC, Customs and Border Patrol officials claim that US troops are simply performing wellness checks as part of their monitoring of the migrants, a duty that is “not a law enforcement function.”

“This president and his administration will do anything to send a signal to his hardcore, hardcore, right-wing base that he meant business when he said he was going to solve, one way or another, the undocumented worker problem,” Gutiérrez told hosts Brian Becker and John Kiriakou on Monday.

He went on to say that US President Donald Trump’s administration “has made it a point to use the weakest sector of the working class in the United States” for a sort of “social control experimentation.”

In his opinion, current actions against undocumented immigrants and the reported violations of laws such as the Posse Comitatus Act are a precursor for infringing on the rights of the American people.

“This is very, very serious because, ultimately, I believe the target of these unlawful actions is to go and in some way adversely affect the civil rights of American citizens,” Gutiérrez asserted.

“The message of the building of this wall sends … a message that’s very threatening to the undocumented population that, years ago, would come in and depart the US,” the Full Rights for Immigrants Coalition director said of Trump’s border wall plan. “People fear that if they depart the US, it will be very unlikely that they will easily come back in. In fact, what this building of this wall has done is that it’s made it much tougher for people to leave and come back in.”