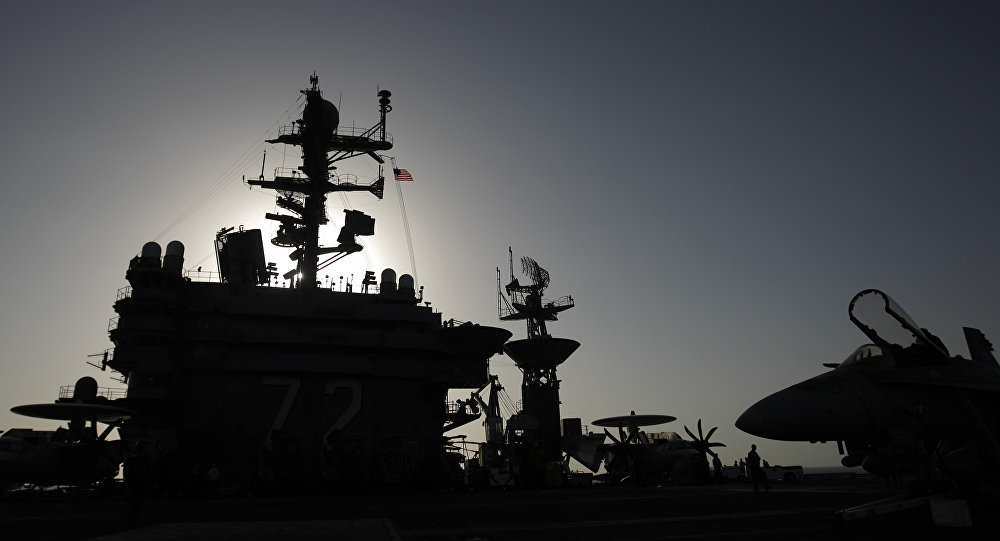 US Secretary of State Mike Pompeo believes that states from different regions will be included in the coalition being created by Washington, which is intended to ensure freedom of shipping in the Strait of Hormuz.

The United States is trying to win its allies’ support for an initiative to strengthen the surveillance of vital Middle Eastern shipping lanes because of alleged threats from Iran.

Washington proposed on 9 July to step up efforts to protect strategic waters off Iran and Yemen, where it accuses Iran and its proxies of carrying out attacks on tankers, while Iran denies the allegations.

But since Washington’s allies are reluctant to commit new weaponry or combat forces, a senior Pentagon official has said that the goal of the United States is not to create a military coalition, but to deter attacks on commercial shipping.

Because of fears of confrontation, any participation by Washington’s allies is likely to be limited to existing naval personnel and equipment already in place near the Strait of Hormuz in the Persian Gulf and the Bab al-Mandeb Strait in the Red Sea. Moreover, a specialist in American politics and fellow at the Institute of World Studies at the Institute of Law and Political Sciences at Tehran University, Fuad Izadi, believes that such a coalition is doomed to fail:

“The fact that the Americans want to create a coalition against Iran is not news. They wanted to do this for years. And that they constantly fail in coalition-building is already perceived as a kind of rule”.

The Iranian analyst compared the US desire to create a naval coalition in the Strait of Hormuz with their attempt to create a Middle East Strategic Alliance (MESA) to address threats to the Gulf and the Middle East:

“For example, the Americans wanted to create the so-called ‘Arab NATO’, but failed. No one now even remembers that. Or they wanted to create an alliance against Iran, which would include Egypt, Jordan, and Pakistan, but none of these countries wanted it”.

According to Izadi, such a coalition is extremely unlikely due to the poor state of the current US administration’s foreign policy:

“We will see no coalition or actions by the Americans [detrimental to Iran] since almost all countries have already realised that Donald Trump’s foreign policy has failed. From the latest events, everyone knows that the British detained the Iranian tanker; everyone knows what Trump did to the prime minister and the British ambassador, how he ridiculed them. This is Trump's typical behaviour toward those who claim to be allies of the United States. But the United States does not take them seriously. Of course, he [Trump] makes all sorts of promises but he does not fulfil them”.

The views expressed in this article are solely those of Fuad Izadi and do not necessarily reflect the official position of Sputnik.