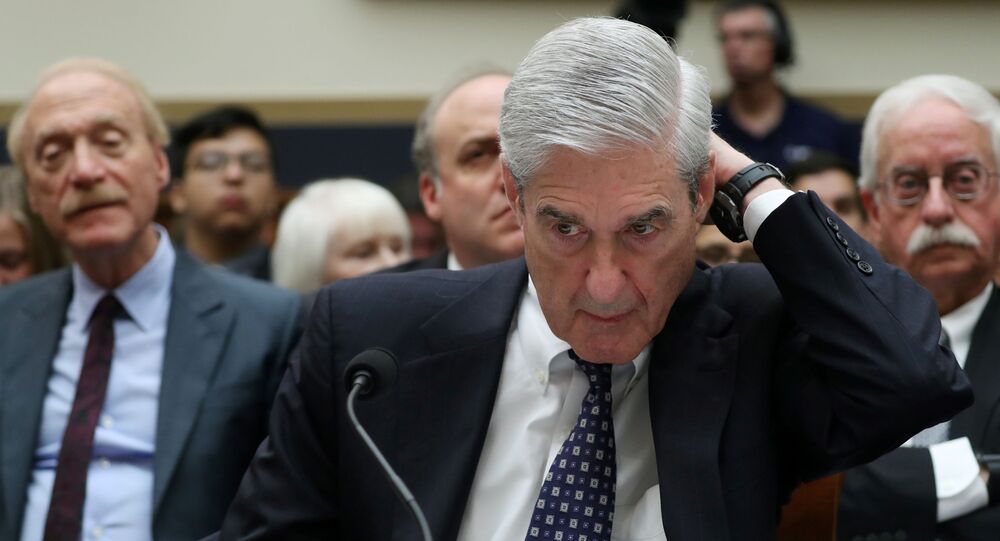 While the mainstream media presented former special counsel Robert Mueller’s congressional testimony Wednesday in a heroic light, viewers who tuned in to the six-hour Q&A saw a confused and unsure Mueller attempting to defend an even shakier report. The dichotomy, journalist Aaron Maté told Sputnik, is stark.

Mueller, a former FBI director whose nearly two-year-long investigation into alleged Russian collusion with the Donald Trump campaign to help the now-president win the 2016 election turned up a dud, appeared before two US House of Representatives committees Wednesday to clarify questions raised by his April report. Congress received a redacted version of the report from Attorney General William Barr, but Barr declined to pass lawmakers the complete version, noting that while Mueller found no evidence of collusion, he did find some evidence of Russian attempts to influence the election as well as attempts by Trump to obstruct Mueller’s investigation. Moscow has denied all accusations of meddling.

However, rather than clarifying, Mueller’s testimony in many cases further obscured, with his favorite refrain being “I can’t get into that,” even as lawmakers from both sides pressed him for some kind of material that would vindicate their version of events. It seems nobody was paying attention to the report itself, which painted a far blander picture than either Republicans or Democrats wanted it to. Likewise, the mainstream media who reported on Mueller’s testimony lionized the former special counsel’s lackluster performance.

Maté, a journalist for The Grayzone and The Nation and a former host and producer at Democracy Now and The Real News, told Radio Sputnik’s Loud and Clear Thursday that “the media and Democrats have tried to spin this as one of the most serious scandals, if not the most serious scandal, in US history. It’s exposed just how incompetent and just how craven and how credulous they are.”

“The only aspect of Russiagate that is not a joke is the fact that somebody did steal the Democratic Party emails. So, there was a theft - that happened. Now, whether that was a leak, or a hack by Russia, as intelligence officials allege - although I personally think that the case for that is increasingly weak, the more that we scrutinize the available evidence - but that’s the only aspect of this that is not a joke. Everything else: the idea of a conspiracy between Trump and Russia, the idea that these juvenile social media posts by the Internet Research Agency influenced a single voter - all that is just, it’s laughable,” Maté told hosts Brian Becker and John Kiriakou.

“This became the dominant issue for the failed neoliberals who lost to Trump, converging with the intelligence officials who didn’t like Trump for their own reasons,” he noted. “They didn’t like him for reasons including the fact that he was calling for better relations with Russia. They also didn’t see him as a suitable steward for the US empire. And so the corporate media, and unfortunately even some progressive media, have drunk the Kool-Aid.”

“Seeing them try to make something serious out of what is a farce continues to amaze,” Maté said. “I guess they know no rock bottom; they just keep plunging deeper.”