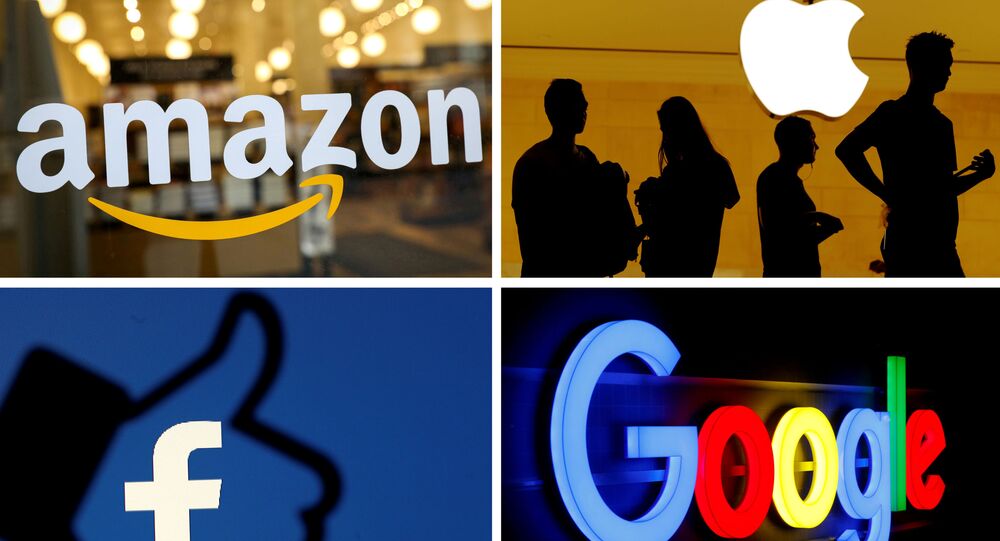 The US Department of Justice announced its antitrust arm would be reviewing the practices of market-leading online platforms such as Apple, Facebook and Google. However, the DoJ’s trust-busting approach, which faults a lack of competition in tech, may be a major hindrance to modern innovation and efficiency, an economist told Sputnik.

The Department of Justice Antitrust Division’s Tuesday press release explained that it has launched an investigation to “assess the competitive conditions in the online marketplace” and ensure Americans are afforded a market in which “companies compete on the merits to provide services that users want.”

“Without the discipline of meaningful market-based competition, digital platforms may act in ways that are not responsive to consumer demands,” Assistant Attorney General Makan Delrahim of the Antitrust Division said in the release.

While antitrust legislation and its application to large firms has somewhat kept the US from being susceptible to the growth of monopolies since the 19th century, the blunt approach of breaking up large tech companies many not necessarily be the most apt solution to the problems of the modern market.

Steve Keen, the author of “Debunking Economics,” joined Radio Sputnik’s Loud and Clear on Wednesday to discuss the announcement of the wide-sweeping investigation and offer insight into how the US government should handle tech giants such as Google, Facebook, Amazon and Apple.

https://www.spreaker.com/user/radiosputnik/big-tech-firms-under-scrutiny-as-justice
“What they’re exploiting is something that the antitrust legislation really, I don’t think, understands, and that’s called the network effect,” Keen told hosts Brian Becker and John Kiriakou.

“The network effect is a phenomenon whereby increased numbers of people or participants improve the value of a good or service,” according to investing and finance website Investopedia.

“The legislation itself is based on the mythology of a perfect economy being one with lots and lots of small, little firms all supplying the same product and all competing with each other,” the economist explained. “First of all, that’s a world that has never existed, and secondly, it isn’t one which would give us the same increase in efficiency that we see with things like Google in the first place.”

Keen argued that politicians should adopt a model in which companies such as Google, which benefit most from the network model at the end of the day, pay back the users of their products. The economist noted that one company that intends on doing just that is Brave, a web browser that has teased a cryptocurrency-backed, pay-to-surf framework that harkens back to the early ‘90s concept of compensating users for their time spent online.

Speaking of the US government and the world of mainstream economics, Keen explained that “as far as they’re concerned, all you gotta do is add more firms, and you’ve got competition, and that’s better than no competition. And that, I think, is the fallacy. We should be looking at the ‘is [Facebook Chairman and CEO Mark] Zuckerberg a 19th century rapacious capitalist?’ position, rather than saying, ‘If we have three or more Facebooks, that’d be a better position than just one.’”

“Innovation is done by people who can afford to lose a large amount of money,” Keen said, referencing American economist William Janeway’s teachings.

This urge to break new ground, Keen noted, is not shared by all businesses, and he stressed that it is important to identify the difference between innovative firms and companies seeking to buy out competitors just to reign over the market.

“That’s more like a 19th century-style of behavior that we should be trying to prevent, but the network effect of the 21st century technology, [such as] where you go to one search engine, that’s something I think we’re better off sharing with the users rather than break it into multiple search engines.”