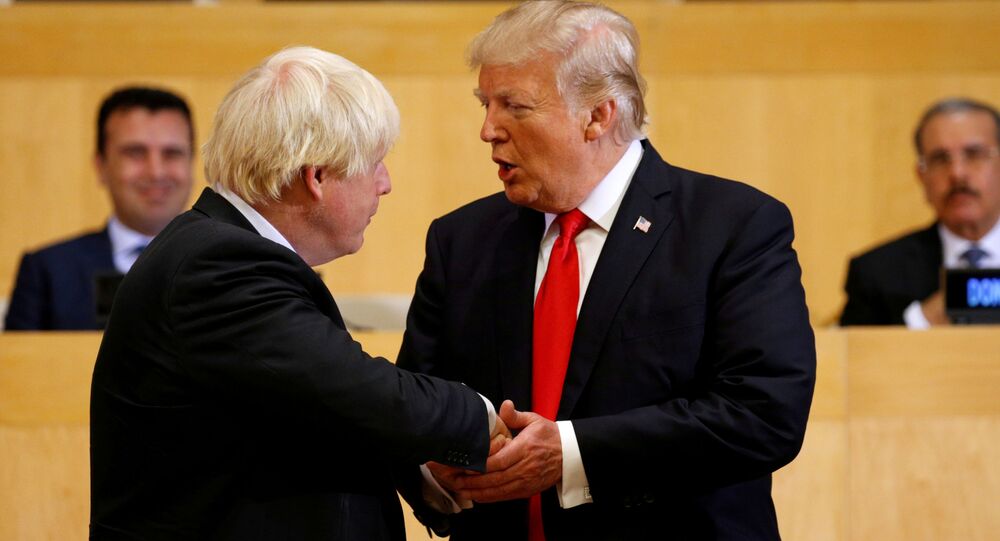 With a total of 92,153 votes, former London Mayor Boris Johnson is set to become the next UK prime minister after a crushing victory over rival Jeremy Hunt. As if Brexit’s October 31 deadline weren’t enough cause for panic, US President Donald Trump’s newfound coziness with the British leader is also raising social and economic concerns.

London-based policy adviser Jess Cobbett joined Radio Sputnik’s By Any Means Necessary on Tuesday to discuss her thoughts on Johnson’s ascension to head of the British government and what could explain Trump’s recent praise for the prime minister-elect.

“Trump will be ecstatic that Boris is now PM,” Cobbett noted. “This man is sexist, he’s racist, he’s elitist.”

She then pointed out that Johnson and former Prime Minister David Cameron were both part of Oxford University’s infamous Bullingdon Club, a collection of wealthy students who would hold opulent banquets and leave restaurants wrecked after throwing back their fair share of libations.

Though Cameron left his position of power in 2016 after calling for the referendum on Brexit in 2015, Johnson is yet another elite here to claim they will have the answers - this time by October 31, 2019.

“We’re running down this path where I think the society, we’re kind of acknowledging certain disparities in equality, racism and sexism, yet our leadership is going back in the opposite direction,” Cobbett said, adding that “ultimately he’s a very privileged white man [who has] never really seen any adversity in his life.”

The adviser went on to emphasize that a man of Johnson’s personal experience leading the UK into a “no-deal” or “managed no-deal Brexit” is “terrifying,” especially considering the relationship he is forming with Trump.

“He’s just - I think in the same way that Trump is - they have no accountability. They can get away with anything, because, frankly, that’s how they’ve gotten so far in their careers. At that level of privilege, they can say and do what they want, and that’s alarming in any position of authority,” Cobbett explained.

Though Johnson went on record in 2015 to say Trump has a “stupefying ignorance that makes him, frankly, unfit to hold the office of president,” the US president was happy to speak highly of the PM-to-be during his speech to members of the conservative youth group Turning Point USA on Tuesday. Trump even triggered the trending term “#BritainTrump” on Twitter following his address.

President Trump on Boris Johnson: "They call him 'Britain Trump,' and people are saying that's a good thing. They like me over there. That's what they wanted. That's what they need." pic.twitter.com/mh1zhMEU2U

One possible explanation for Trump’s warmth toward the prime minister-elect was proposed in research carried out by DC-based conservative think tank The Heritage Foundation: the organization asserts that a no-deal Brexit would “provide tremendous impetus to a US-UK free trade agreement,” as it would remove Britain from the EU’s Customs Union and Single Market.