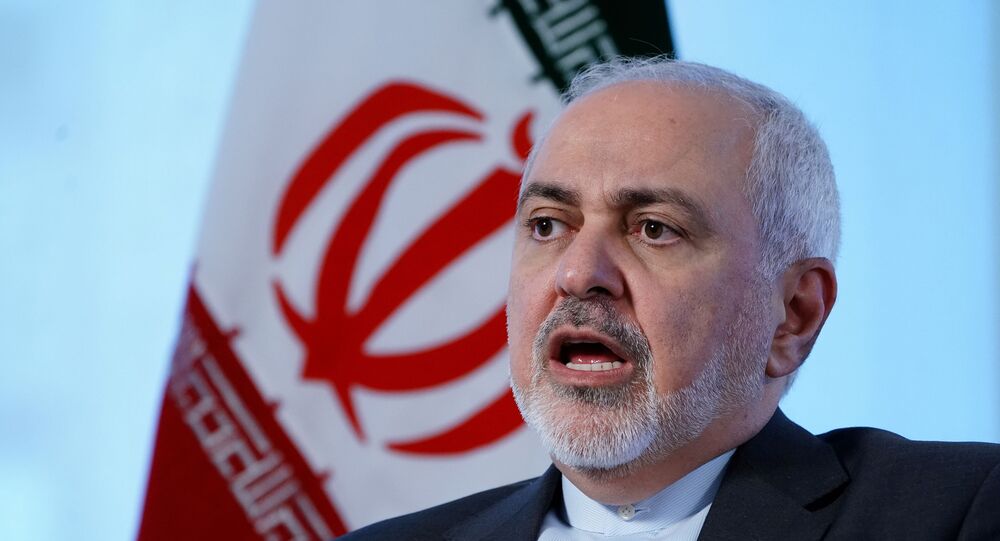 As Iran continues to respond to US provocations by pushing the limits of the 2015 nuclear deal, its European partners sense a growing urgency to salvage the agreement and avert war before it’s too late.

“Something drastically needs to happen,” Massoud Shadjareh, the founder of the Islamic Human Rights Commission, joined Radio Sputnik’s Loud & Clear Thursday. “I think that is actually a good thing, because with the absence of that, we were sleepwalking into losing this deal altogether, which would have been detrimental for everyone, both the Iranians and the Westerners. It would only have been benefiting those who want to start a war.”

On July 14, Iran’s Islamic Revolutionary Guard Corps detained a foreign tanker along with 12 crew members south of Larak Island in the Persian Gulf over suspicions that it was smuggling 1 million liters of oil, Sputnik reported. So far, Iran has not released any information on the tanker's name or the country it belongs to. The incident comes after the US voiced suspicions that Tehran could have seized a United Arab Emirates-based oil tanker that turned off its tracker on July 14 while sailing through the Strait of Hormuz.

“There is a problem in Iran with the smuggling of [oil] because of the rate of exchange; fuel is very much cheaper in Iran than [anywhere] else in the region and far beyond. So, smuggling is a problem for the [Iranian] government … [as] fuel [goes to] profiteering smugglers,” Shadjareh told host John Kiriakou.

“It’s not very clear that this was done just for this purpose, or is it something beyond that? But the reality is that it is right and it is proper for any government to make sure that their borders are not going to be used for smuggling fuel or anything else and damaging the economy,” he said.

“You’ve got sort of smuggling out of Iran into other Gulf nations, who themselves are all producers, and they are doing it because of the fact that they could get hold of this fuel very cheaply, and in that process, they are damaging the economy in Iran. No government will stomach this, and the reality is that this seems to be a very wise process and execution of the law [by Iran], which any government [would] indeed do,” Shadjareh explained.

“People are trying to read more things to it, and it’s difficult to read more things into it … [The detainment of the vessel] does show that Iran does have the ability to exercise its right in the Persian Gulf in this way and stop criminality taking place.”

On Thursday, the Trump administration said it is planning to send military personnel to Saudi Arabia, CNN reported, citing two unnamed defense officials. According to the report, 500 troops are slated to be deployed to the Prince Sultan Air Base, located to the east of the country’s capital of Riyadh, Sputnik reported. However, no official announcement regarding the new troop deployment has yet been made.

Shadjareh asserted that a deployment of that size would not represent a serious threat to Tehran.

“The reality is, this number of soldiers … will not be able to do anything in any major way … it only becomes provocation rather than anything else, and the reality is that [the] US currently and in the near future is not in a position to go to war with Iran,” he said.

“Look at the war against Afghanistan, which was supported by the United Nations and almost every Western nation [and] was a failure. You compare that with the situation of Iran, which is far superior from Afghanistan militarily and economically, and … there is no coalition supporting the US. This childish gesture of trying to provoke ... has more to do with feeding the supporters of [US President Donald] Trump. This is not going to change anything. The only way forward is a negotiation ... that is fair and just and implementable,” Shadjareh told Sputnik.

On Thursday, Iranian President Hassan Rouhani was quoted by Iranian state TV as saying to French President Emmanuel Macron that Iran is prepared to “leave all doors open” to save the 2015 Joint Comprehensive Plan of Action nuclear deal, from which the US unilaterally withdrew in May 2018.

"We are determined to leave all doors open to save the nuclear deal ... The Europeans should accelerate their efforts to salvage the pact," Rouhani told Macron during a phone call.

Shadjareh said that within Europe, there is a very clear understanding of the danger that the Iran nuclear deal could be lost.

“Up to now, there was consensus that the deal is still intact, Iran is implementing its part of the deal, and the West is just playing ... I think now it's very clear that in Western Europe there is an urgency that unless something is done, this deal is going to be lost, and it will be detrimental to the interests of Europe and the Western nations.”

Also on Thursday, US Sen. Rand Paul (R-KY) reportedly suggested becoming Trump’s Iran envoy in an effort to reduce tensions between Washington and Tehran, according to four US officials who spoke to Politico.

“I don’t think that anyone in Iran has got any stomach for any sort of negotiation in the absence of commitment [by the US], which needs to be there ... It would be absurd and bizarre for Iran to start negotiating with the senator [Paul],” Shadjareh said.

One Person Killed in Shooting in Northern Tehran - Report