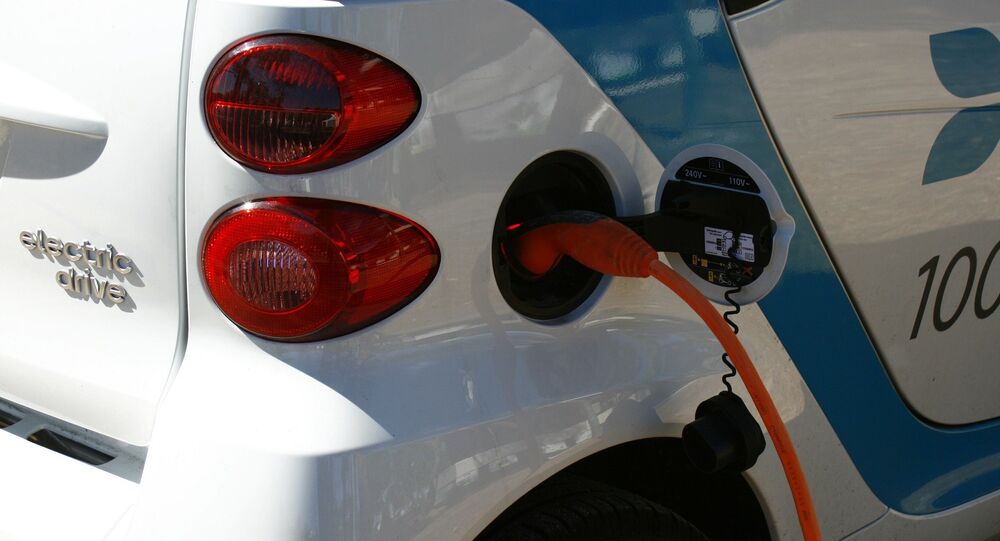 According to reports, electric car availability for European consumers could increase exponentially over the next three years. Dr David Tyfield, a Reader at Lancaster University’s environment, has weighed in on the future of electric cars in Europe.

Sputnik: Do you think that predictions for the rapid increase in availability and popularity of electric cars is realistic?

Dr David Tyfield: Tripling in the next three years sounds like an ambitious target; I think it’s certainly on the high side, especially given that in the UK we are actually seeing the sale of EVs currently stall a little bit.

In other parts of Europe things may be different, there are different policies in different parts of the region, but there’s no question that the general thrust of increasing growth is certainly what’s on the cards, but I’m not sure that it will triple in the next three years, that sounds to me a bit ambitious.

Sputnik: What are some advantages and disadvantages to electric cars?

Tyfield: There are different levels of positives and negatives. There’s just the consumer decision, but there’s also, then, the systemic issue, and part of the reason for moving to electric vehicles is - part of the reason for the current drive of it I would say - on the car companies and this move to a huge number of new models in the car industry, is definitely a positive step.

That’s driven of course by environmental concerns, to an important extent greenhouse gas emissions; especially after 'dieselgate', but dieselgate is primarily a scandal of air quality, and I would say that it’s actually air quality that is driving a lot of this, so health issues, rather than environmental ones.

At the personal level, in terms of consumer decisions, I think the key point about the problem with that extrapolation of demand is that we need to see that the demand for electric vehicles is going to be quite lumpy, there are many people for whom the shift from an internal combustion engine to an electric vehicle is quite straightforward, something they want to do, they like the idea of it, it’s good for their conscience and it’s also good for their purse, because while the upfront cost of electric vehicles is often high, once you have it, the running of it is actually potentially cheap, and once you get used to using it, you are happy with it.

For many people it’s going to be quite difficult, I think, to change to an electric vehicle, whether they like the idea or not; for the simple reason of the interaction between the adoption of electric vehicles, and the charging infrastructures.

Sputnik: Would the UK or other European countries be able to generate enough power to fuel the surge in electric car popularity?

Tyfield: You can go further back to talk about the grid itself; where that grid is also being greened, I’m all in favour of that, but we have to admit that renewable energy is sometimes unpredictable, so this involves quite a significant change in the grid, so we basically need to build a national infrastructure of batteries.

It’s ok when a few people - and it is still very much a minority - own an electric vehicle, there is no question that maybe unforeseen, or in this case not unforeseen, but certainly emergent issues will arise just from the sheer amount of this new demand on our infrastructure.

This is juggling quite a lot, so I would be very surprised if these things grow smoothly in parallel; they will shift and move around, and that will mean that the growth of the electric car isn’t just a straightforward smooth ascent.